What Ukraine Has To Lose In Biden-Putin Talks

A protest against Russian aggression in Ukraine in front of Russian embassy in Vilnius, Lithuania - Imago via Zuma

KYIV — Before the series of visits and talks, President Joe Biden wrote in a column for the Washington Post that he wanted to improve relations with Russia, but was also ready to work with Europe to deal with Moscow's undermining of security on the continent — especially the so-called Ukrainian issue. Meanwhile, Russian President Vladimir Putin practically expressed hope that the United States would disintegrate.

Ukraine's hopes are too high for the June 16 meeting between Putin and Biden in Geneva, Switzerland. It is good that the U.S. President found time to talk to Ukranian President Volodymyr Zelensky on the phone before his talks with the Russian counterpart. This can only make us happy. It's a shame that our country has little to do here — and the White House has already shown this ahead of time by letting Russia complete the first section of the Nord Stream 2 pipeline.

The U.S. administration refused to impose strict sanctions against the gas pipeline operator, in large part a sign of Biden's unwillingness to harm relations with Germany and his fear that Berlin could impose additional duties on American goods at the European Union level. But an even greater reason Biden is softening the U.S. posture on the Russia-to-Germany pipeline is the desire to open a dialogue with Russia from a position of power, being able at any moment to block the construction of the Russian pipeline.

But this creates other problems, first of all for Ukraine. If Russia launches the pipeline bypassing Ukraine, it will simply have no need for any part of the Ukrainian transport system. The blackmail will begin even before the end of the contract on the transit of Russian gas, which expires at the end of 2024.

The German side is reassuring: Nord Stream 2 will remain in force if transit through Ukraine is preserved. The only question is what these supplies will be and whether they will exist at all.

Putin has already made it clear that he is ready to pump gas, give a discount on it and increase transit figures, but only on one condition — the restoration of Ukrainian-Russian relations. "We have a contract with Ukraine regarding the pumping of our gas. Within the next five years, we will pump up to 40 billion cubic meters. In the best years, we pumped up to 200 billion cubic meters," he said. "If we had normal relations, we would pump a significant part of it through Ukraine, but there are problems there, not in politics, but in economics."

"What can Russia do if Ukraine does not agree to the Kremlin's proposals?"

Translated into plainer language, this means that the Kremlin will use the Ukrainian GTS transport system only if Russian influence, which has been lost in some places, is fully restored in Ukraine. At the same time, the Russian president makes it clear: Kyiv will not be able to use the profits from gas transit to develop the Ukrainian army and counteract Russia in the contested region of Donbas.

What can Russia do if Ukraine does not agree to the Kremlin's proposals? It can destroy the infrastructure to deliver gas through the Ukrainian GTS. And there's no need to think that this is impossible. Moscow did it when it undermined the gas infrastructure in Ossetia in 2006 by blocking the gas supplies to Georgia; when it destroyed the oil corridor from Azerbaijani Baku to Turkish Ceyhan in 2008; when in 2009 it organized an accident on one of the sections of the Central Asia-Center pipeline (CAC-4) pipeline, preventing Turkmenistan from making a huge supply of "blue fuel" to Iran.

Moreover, the Kremlin does not always act directly: sometimes it uses the services of militants, saboteurs, mercenaries. And we should not forget that the Ukrainian gas transportation system was the minimum guarantee to prevent a full-scale Russian attack on Ukraine. Moscow simply did not want to accidentally destroy the infrastructure, which brings consistent profits, while angering the Europeans. Once the Nord Stream 2 pipeline is completed, Moscow's hands will be untied. 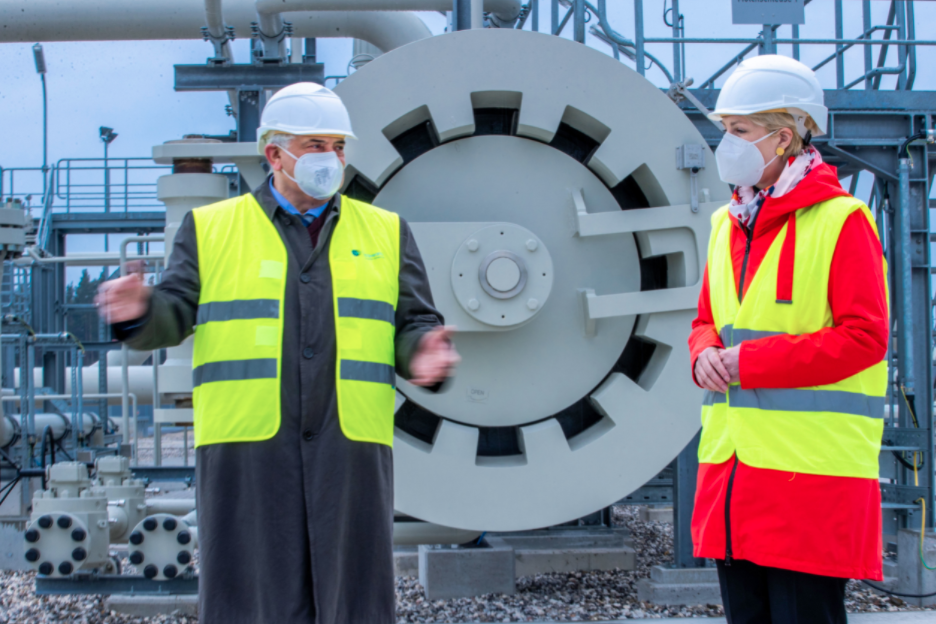 Of course, a lot of questions will remain concerning further European regulation of gas supply, and the situation with the elections in Germany, whereas Americans and Ukrainians hope, the Greens will come to power after Chancellor Angela Merkel's departure.

The situation will become more or less clear immediately after the talks between Putin and Biden. If the U.S. administration does not impose sanctions and allows the Russians to complete the pipeline, it will mean that the U.S. and Russia were able to agree that Washington is not interested in Kyiv's position. That it is more important for it to keep Russia from more radical actions, from rapprochement with China, and to keep Germany from aggressive trade actions against the United States.

In general, it seems strange to hear from Ukrainian politicians the phrase about betraying Ukraine's interests. If you look at the trade turnover between Russia and the U.S. ($24 billion) and Ukraine and the U.S. ($6 billion), you will understand how silly such statements are. Look at the level of investment inflows, at how American big companies develop Russian gas and oil fields, how they open large commodity networks, how they create hundreds of thousands of jobs by building various factories. American money (and interest) is in Russia, not in Ukraine. That's why we can't expect any breakthroughs in the negotiations.

So far, these are just words.

In his column in the Washington Post, Biden says that he was going to work with the Europeans to counter the security challenges that Russia was creating on the continent. And here he brought Ukraine to the forefront.

"We (the United States and Europe) are united in addressing Russia's challenges to European security, starting with its aggression in Ukraine. And there will be no doubt about the determination of the United States to defend democratic values, which we cannot separate from our interests," writes Biden.

So far, these are just words. It is unlikely that the U.S. leader will be able to convince Putin to get Russia to withdraw from Crimea and leave the territories of Donbas. Most likely, Biden simply needs to achieve two things. The first is to get guarantees from Putin that Russian troops will withdraw from the Ukrainian border and the situation will return to what it was before the escalation. The second is to agree on security on the northern border of Ukraine, where we have points of contact with Belarus.

This is the only possible positive achievement for Ukraine that President Biden can get in talks with Putin. And it is not a given that he will achieve it. But we must also clearly understand that there will be concessions from the U.S. side — and they will be painful for Kyiv. And we have only one thing left to do: to finally engage in the construction of a normal, strong state, instead of constantly complaining about those who step over the line. It's time to become adults.

Ukrainian President Volodymyr Zelensky is delusional in believing that the U.S. and Europe will f...

In Ukraine, The Zelensky Revolution Crashes Into Reality

The head of state, a political outsider who had promised to fight corruption, must contend with t...