And The Oscar Goes To ... Vladimir Putin

Activists wear masks to look like Russian President Vladimir Putin during a protest for the INF treaty in Germany, in 2019. - Omer Messinger/ZUMA

In a recent government meeting, the Russian strongman once again showed off his trademark flare for political theater, promising, among other things, to leave his foreign foes toothless.

MOSCOW — In a conference call last week with government officials, Russian President Vladimir Putin wrapped things up on a characteristic note: with a promise to "knock out the teeth" of the country's foreign enemies.

But that was toward the end. Earlier, he was far more restrained — notably calm, in fact — as he discussed what he sees as attempts to distort the military history of the Soviet people.

"All sorts of Russophobes and unscrupulous politicians are trying to bash our history, to push through ideas of revising the outcome of World War II, to justify Nazi criminals," he said.

Ukraine has chosen a perverse version of the struggle with its own past.

"We cannot allow such actions to occur without a worthy response," the Russian leader added. "As I said before, we will certainly base our efforts on facts and do everything we can to ensure the continuity of historical memory in our society, so that future generations, decades and centuries from now, will preserve the truth about the war and a holy, grateful attitude to its heroes and to their ancestors!"

Also in the meeting was Defense Minister Sergei Shoigu, who keep mostly quiet but did, eventually, lament what he called "a sharp deterioration of the international situation, the erosion of international law, open Russophobia, and the information war against Russia have complicated military memorial activities abroad."

"We believe that the discovery of more and more evidence of the liberation mission and the feats of the Soviet people largely prevents attempts to rewrite the results of the war," he added diplomatically.

"It's difficult to imagine that in a state governed by the rule of law the destruction of monuments can be approved at the official level and even be considered a kind of patriotism," he said. "The most vivid example of this approach is Poland, where the authorities invented the concept of so-called symbolic monuments, subject to decommunization!"

It turns out that some 449 Soviet memorials have already been destroyed in Poland, and all intergovernmental agreements in this regard have been rudely violated. On this issue, one could see how pensive Vladimir Putin had become — and that was Bogdanov turned his attention to Ukraine. 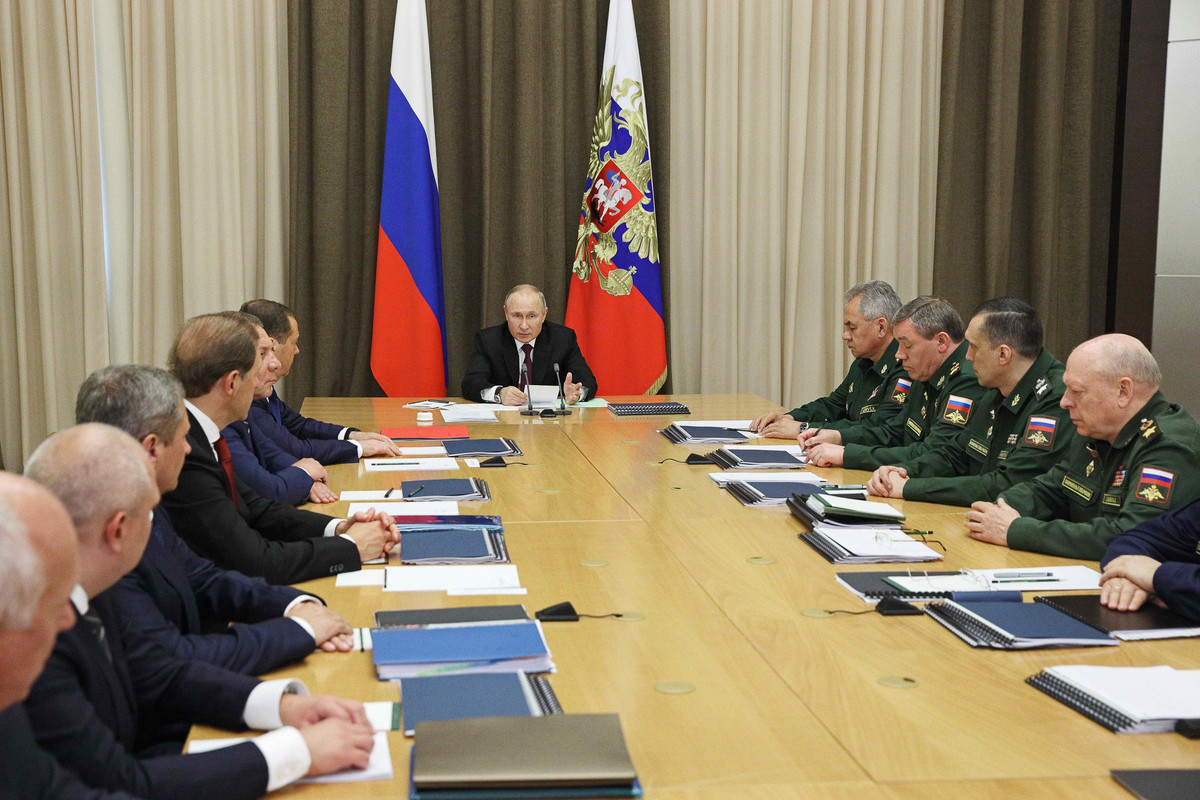 "Ukraine has chosen a perverse version of the struggle with its own past," the deputy foreign minister said. "There, everything connected in one way or another with our country, namely with Russia, and not only with the Soviet Union, becomes a victim of the anti-Soviet inquisition! Thus, within the framework of decommunization borrowed from the Poles, the monument to Generalissimo Alexander Suvorov was dismantled in Kyiv!"

Finally, Elena Tsunaeva, executive secretary for the organization Search Movement for Russia, asked for a word. "As soon as the country gets stronger, there are attempts to restrain its development," she said. "[It's] the fear of a strengthening Russia..."

That, as it turned out, what just the cue needed for Vladimir Putin to break his silence.

"As one of our emperors said, everyone is afraid of our enormity," he said. "Even after the Soviet Union ceased to exist... And this is nothing else than historical Russia, only it was called differently, and the ideological content of the state was, of course, different, but from a geopolitical point of view, it is historical Russia... Indeed, the potential is enormous, the territory remains the largest in the world."

From there his remarks built up toward a crescendo. "We have 146 million people — not much compared to those countries where there are hundreds of millions of citizens, or even more than a billion, but it is still considered a lot," the Russian leader added. "And someone even dares to say publicly that it is allegedly unfair that only one country owns the wealth of such a region as Siberia! It is strange to hear such things, especially in public, but they are sometimes heard!"

And then, finally, the kicker (so to speak): "Everyone wants to bite us or bite something off us, but those who would like to do so should know that we would knock their teeth out so that they couldn't bite," Putin said.

Well, there you have it. With those remarks, all was again as it should be: the Putin we know — not the one who began the meeting with conciliatory remarks, but the fired up, tough talking version — was back!

We have new aviation systems that have no equal in the world.

So too were his reassurances about Russia's military might — despite being outspent by not only the United States, but also Saudi Arabia and Japan. "We're more than all right," he said, taking obvious pleasure in the words. "We have the most modern of all the nuclear arsenals, the most modern nuclear deterrent! We can firmly assert that, the most modern!"

Next up was his favorite topic of all.

"We have a new type of strategic weapon: the Avangard, a hypersonic intercontinental-range surface-to-air missile," Putin boasted. "We, and we alone have it. A hypersonic weapon! We have new aviation systems that have no equal in the world, combat surface and submarine ships, the most modern unmanned aerial vehicles... Thanks to what? Through prudent use of funds earmarked by the state for defense..."

And then, just as quickly as he'd raised the stakes, the president again brought the tone down, speaking calmly, his performance just about finished:

"No matter what we've done. No matter how hard we try to satisfy the appetites of those who are trying to restrain us, restraint will continue, because many of our opponents, so to speak, do not need such a country as Russia. But you and I need it, and our people, the citizens of the Russian Federation, need it," Putin concluded.

Cold Justice In Siberia: A Teenager Swallowed By Putin's System

Busted for hanging anti-government posters, 15-year-old Nikita has been jailed for almost a year ...

Why The UK Is Leading West's 'Propaganda War' Against Russia