Putin and Biden (talking) back in 2011 - Russian government archives

Moscow and Washington are attempting to work out how to communicate with each other after Joe Biden insulted Vladimir Putin.

MOSCOW — Russia's ambassador to the United States, Anatoly Antonov, is back in Moscow, after having been recalled "for consultations," after U.S. President Joe Biden labeled Vladimir Putin as "a killer" in an television interview.

After his return Sunday, Antonov summed up the situation obliquely: "Russia is interested in relations with the U.S. to the same degree that the U.S. itself is interested."

At the same time, both Biden and Putin have expressed an openness to have direct talks, while the U.S. State Department announced that it's "ready to engage constructively" with Moscow when it corresponds to Washington's interests.

Russian Foreign Ministry's official spokesperson Maria Zakharova made it clear that it is pointless to talk about how long he will be in Russia. "How much time is needed for this? Precisely as much as the consultations themselves will take," she says.

According to Zakharova, Moscow is looking to determine "ways of straightening out Russian-American ties, which are in a grave state" and how not to let them fall into irreversible degradation." "The new American administration has been in power almost two months, and the symbolic boundary of 100 days is not far off, and this is a good reason to try and assess what's working out for Joe Biden's team, and what isn't," she says, calling on Russia to maintain a balanced approach to relations with the U.S.

The sharp-tongued Zakharova avoided open barbs toward Joe Biden, who has become the object of ridicule on social networks in Russia after stumbling three times Friday on the steps of Air Force One during heavy winds. The Russian Foreign Ministry press secretary permitted herself only a touch of light sarcasm: "Strange that it wasn't ‘Russian hackers'... but just the wind," she writes on Facebook. 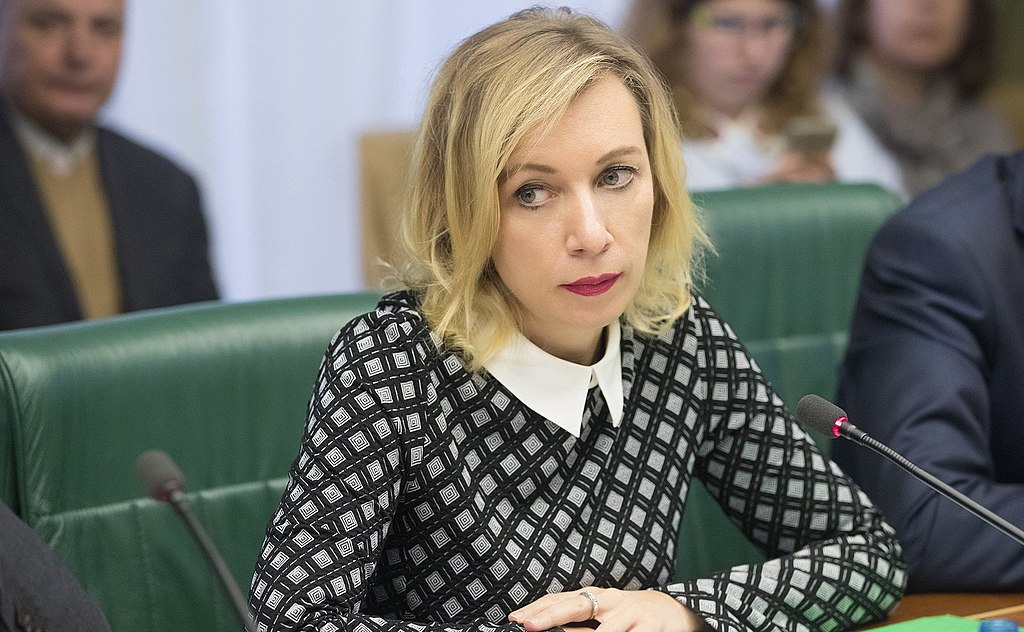 The signals coming from Washington show that the American side has no interest in further escalation. Putin, meanwhile, has opted for a public stance of prudence. "I imagine that it would be interesting both for the people of Russia and the U.S., and also for other countries, taking into account that as the biggest nuclear powers, we have a special responsibility for strategic security on the planet," says Putin, urging Washington "not to put things on the back burner."

Putin said direct talks with Washington could focus on bilateral relations, strategic stability and regional conflicts, though he noted that Moscow would "work with them in those areas in which we ourselves are interested" and "they will have to reckon with this."

By putting the ball in Washington's court and setting an extremely short timeframe, Putin is forcing the Biden administration to react swiftly to Moscow's improvisation. "I'm sure we'll talk at some point," Biden replied when asked if he would agree to Putin's offer. It's worth noting, however, that neither side has mentioned any dates.

In order to circumvent French and German mediation, the Kremlin is leaking secrets to the press a...