Nuclear Power And The Willful Ignorance Of Germany's Greens

For all its cosmopolitan pretense, the Green Party is strikingly provincial when it comes to addressing the global threat of climate change, Die Welt foreign-desk editor Klaus Gieger writes.

For all the wrong turns it has taken in the 21st century, Germany remains adamant that it's rest of the world that's mistaken. Such is the case when it comes to immigration, defense and environmental policy — especially around the role of nuclear energy within environmentalism. Germany's view is that nuclear power should have no role at all, but it is the only major industrialized country that thinks so.

After the Fukushima disaster of 2011, Germany, Switzerland and Japan were the only countries that decided to abandon nuclear energy. Japan has since backtracked on this decision. Almost all other industrialized nations are convinced that a realistic strategy for combating climate change must include nuclear energy.

China, India, Russia and the United States are planning more than 80 new nuclear power plants. In Europe there are projects in Finland, Hungary, Great Britain and even Ukraine, still scarred by the Chernobyl disaster. Poland too is planning to build a nuclear power station — for the first time in its history (and near the German border).

But Germany is convinced these countries are all moving in the wrong direction. Surveys show that two thirds of people here are against nuclear energy. And no wonder: Over the last 40 years, nowhere has nuclear energy been demonized as fiercely as in Germany. Angela Merkel adopted a policy of abandoning nuclear power, but the ground had long been prepared by the Greens. Their success is another German anomaly: In no other country does the Green Party have a realistic chance of gaining power.

The problem is that the world has changed since Fukushima, and since Chernobyl. Climate change is now undeniably the greatest threat facing humanity, and the risks of nuclear power are outweighed by the fact that it produces vast amounts of energy in an environmentally friendly way.

The dangers of nuclear power are not in doubt, but neither are the dangers of climate change. We have to weigh the risks against the benefits, but many Germans — including the Green Party — stubbornly refuse to do so. It's an attitude that the rest of the world can't afford. The Greens and their supporters believe themselves to be cosmopolitan, but in many ways they are very provincial. They have become nationalists, especially when it comes to climate change.

That becomes abundantly clear when you compare the German Green Party's obsession with trivialities to the ideas of people who have a truly global perspective. Bill Gates is a prime example. The U.S. software tycoon not only donates billions of dollars to support international development through his foundation, but he is also one of the cleverest and most clear-headed thinkers when it comes to the problems facing the world today.

Gates recognizes that climate change is the greatest problem facing humanity. He sees renewable energy as the main solution, and is supporting the development of climate-friendly technologies. But he also admits that renewable energy won't be enough. To stop climate change, many processes need to be electrified — from steel production to cars. This means the world will soon need at least twice the amount of electricity it uses today.

By 2050, there will be 3 billion more people on the planet than today. Many people in Africa and Asia dream of a lifestyle that Germans take for granted. Bill Gates understands that free people will not be dissuaded from pursuing this dream, and he concludes that we must therefore make the planet climate-neutral while the population is still growing. Without nuclear energy that simply isn't possible. 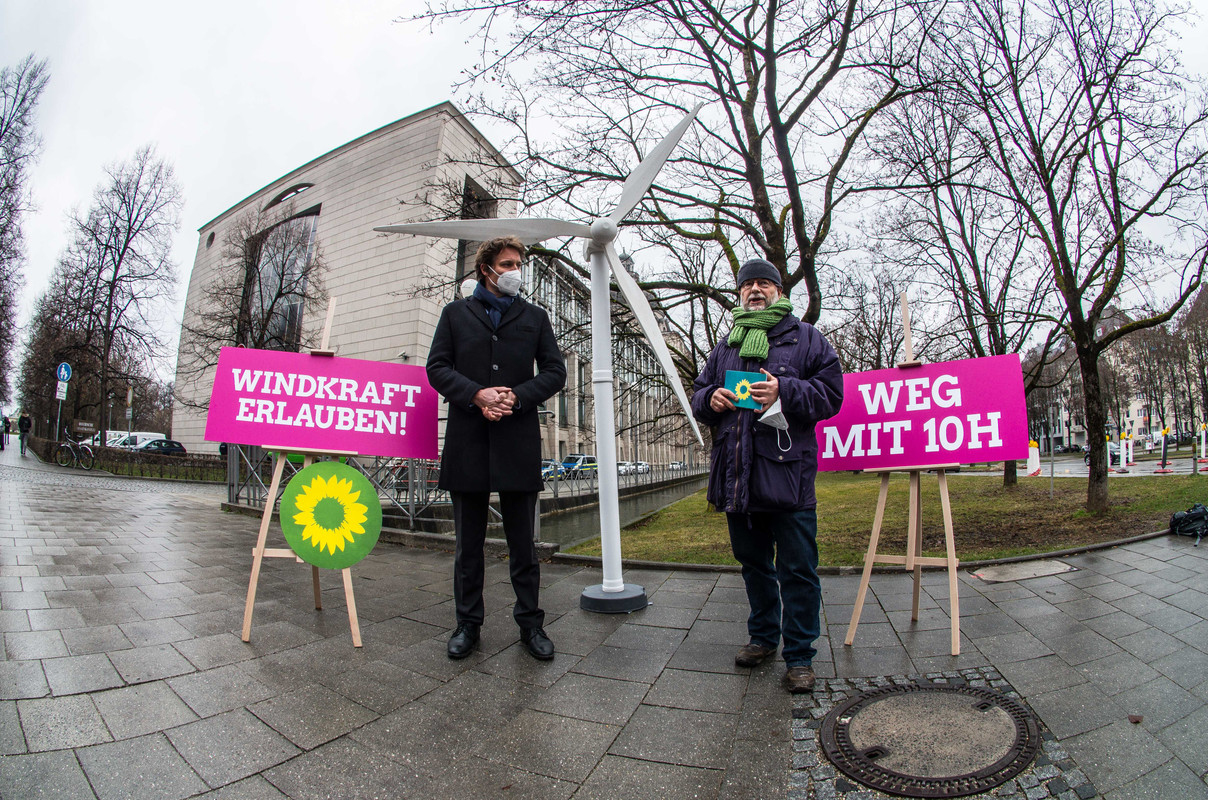 The Bavarian Greens organized a protest on the tenth anniversary of the Fukushima nuclear disaster, March 10, 2021 — Photo : Sachelle Babbar

Initial results are promising. But it will be a long time, in some cases decades, before these ideas are ready to come to market. Until then most developed countries will be reliant on traditional nuclear power as a "bridge technology," as Angela Merkel herself once called it — before she got side-tracked by the Greens.

The Greens demonize both traditional nuclear power and innovative approaches. Their manifesto refers to nuclear energy as "a risky technology" that can't be allowed to have a future. But if so, how do they intend to provide energy for a world with 10 billion people?

Here the Greens are vague. Their manifesto — which is full of big promises but also wishy-washy language — says that "Climate protection and global development must be financed in a reliable way." If they were to be honest, they would either say: Dear people in developing countries, unfortunately you must remain poor. Or: Dear German citizens, unfortunately you must become poorer.

But the Greens must have learnt from previous elections that this won't win them any supporters. So they prefer to hedge their bets. Anyone hoping to dig out the truth must look elsewhere. A recent podcast on German public broadcaster Terra X entitled "Can nuclear energy save the climate, Harald Lesch?" was particularly revealing.

We can only avoid destruction by renouncing growth.

Physicist Lesch is a TV presenter and celebrity scientist who over the years has reached audiences in the millions by tackling complex questions about the universe. When asked about modern nuclear power for the podcast, Lesch said, "What I see is a cult of people who believe in technology." The moderator then asked, "Isn't it crazy, this fetish for growth?" To which Lesch replied, "This economic ideology is almost part of our genetic make-up." He said nuclear power was "a hopeless attempt to maintain the status quo." The problem, he went on to say, is that no one was asking, "How could we live differently?"

Really? No one? In developed countries such as Germany, people in environmental circles have been asking this question since at least 1972. That year saw the publication of The Limits to Growth, the seminal study by the Club of Rome which claimed that unrestricted economic growth would lead to catastrophe. We can only avoid destruction by renouncing growth. The Greens grew up in the shadow of this study. And their 2021 manifesto says, "Our global economy must fundamentally change so that all people have a fair chance."

At one point during the podcast, the moderator — a friend of Lesch — says, "We both come from an era when we had those 'Nuclear power? No thanks' stickers on our cars." Lesch laughs and the moderator adds, "In Germany that's part of the Greens' DNA, part of the environmental movement."

It's true. But perhaps the time has come to free ourselves from this legacy. If the Greens do win the chancellorship, their voters might want to finally scratch the "Nuclear power? No thanks" stickers off their Teslas, and replace them with a sentence from Bill Gates's book: "Nuclear power is simply too promising to ignore."

An unavoidable topic for President Joe Biden's first foreign trip is Germany's support for the ma...