A mural to honor Duarte by famous street artist Ozmo in the historic center of Paliano, Italy. - — Rocco Spaziani/dpa/ZUMA

Simply condemning the recent racist violence in Italy falls short in confronting a colonial past and an "unconscious" racism that permeates European countries like Italy.

ROME — During the night between September 5 and 6, Willy Monteiro Duarte, a 21-year-old was beaten to death just outside Rome. The killers didn't seem to have much of a reason: Monteiro Duarte, who was born in Rome to parents from the African island nation of Cape Verde, was trying to stop a brawl that originally had nothing to do with him.

At least two of the killers were known to gravitate around neo-fascist groups, and pundits immediately spoke of a racist and fascist attack. "Look at this," they said. "This is what racism is in Italy."

But it is reductive to think that Italy's racism is only a problem concerning the perpetrators of the umpteenth beating, or certain politicians who use xenophobia as a propaganda model.

Here, structural racism is approved and perpetuated even by the "least suspicious" people. A certain "unconscious" and "good-natured" racism is widespread among ordinary Italians and accepted even by those who think they have no stereotypes or prejudices.

When we talk about racism and politics, it's important to look back on the past and move away from a Eurocentric version of history. In 1950, Aimé Césaire, the Martinican-French writer and one of the most important postcolonial intellectuals, was already accusing white bourgeois Europeans of hypocrisy. In his Discourse on Colonialism, he denounced that racism and colonialism were widely accepted in the "enlightened," humanist and Christian Europe, and were simply trivialized with every new colonial campaign organized in the name of Western progress.

Césaire uses Nazism in Europe to discuss colonialism. Without diminishing the deadly scope of the Nazi dictatorship, he argued that until that moment, no one had noted how Nazi methods had been widely accepted when used against peoples subjugated to Western imperialism.

"Unconscious" racism is a cultural phenomenon.

Césaire explained that after World War II in the West, the banality of evil that Hannah Arendt would describe in 1963, the indifference towards those who were oppressed and killed for their origins or religions, was widespread. Think of racism in science and the categorization of races, taught in the most prestigious European universities for decades. Think of 1948, when the United Nations adopted the Universal Declaration of Human Rights, all while hundreds of millions of people still lived under the colonial hegemony of formally democratic countries. 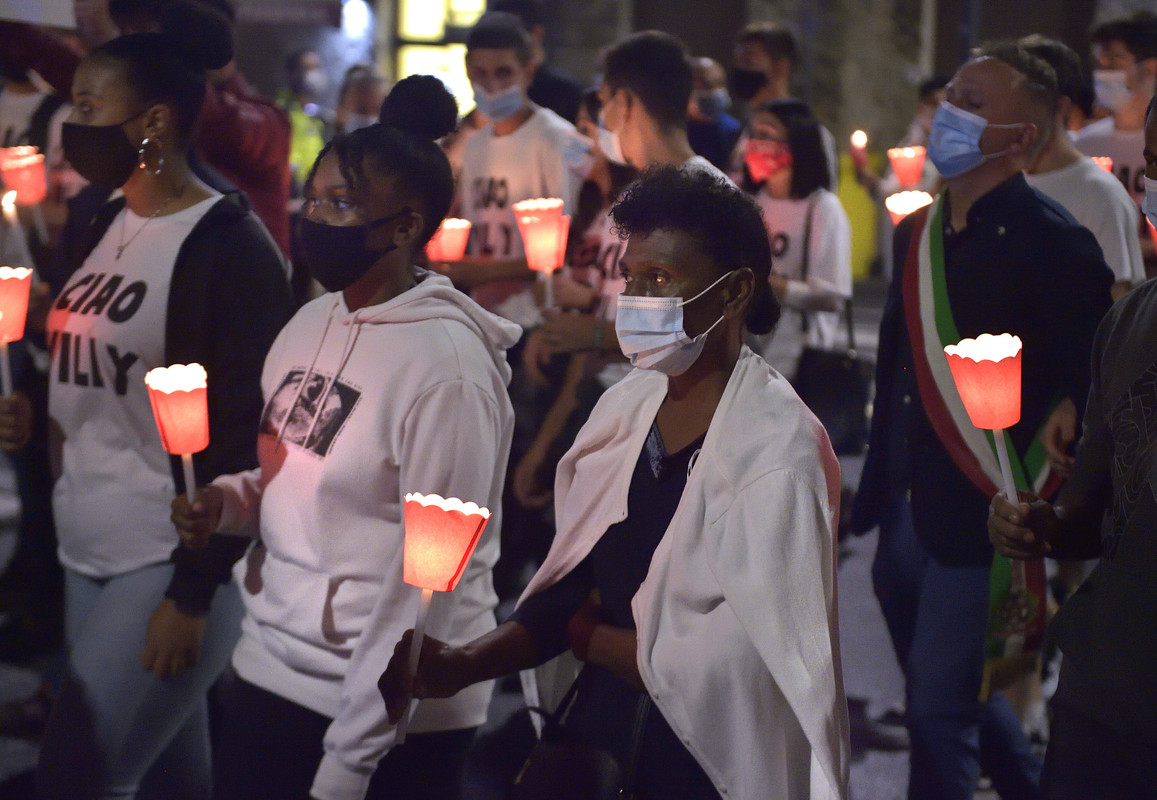 These historical passages are key to understanding the present. It is easy to reduce present-day racism to creeping fascism. It is easy to talk about the "danger posed by right-wing movements" and how important it is to stem them. But while far-right parties, movements and supporters play a crucial role in fueling xenophobia and violence, structural racism does not coincide with episodes of racially motivated violence and the political parties shrieking for ports to remain closed.

Just think of the silent consent of European governments — all democratic — to the camps of Moria, in Greece, where migrants of all ages and origins are imprisoned, and human rights denied. Or the policies to build more and more barriers, "abysses of separation between those who enjoy the exercise of rights — property, circulation, sovereignty — and those who have no right to have rights," in the words of the Cameroonian philosopher Achille Mbembe. Or, again, think of the exploitation of migrant men and women who live in limbo in Italy because immigration laws marginalize people of foreign origin. And finally, think of Italy's and the EU's agreements with Libya, in which European taxpayers finance, train and equip militias to keep migrants on dry land at any cost — even if it entails severe human rights violations.

"Unconscious" racism is a cultural phenomenon. Without a serious questioning of it — without disassembling it and showing its core parts — it is often less visible. It can be difficult to grasp even for those who think they are "anti-racist" because they have absorbed prejudices and distorted perceptions towards other nationalities or ethnicities.

For example, telling a non-white person, perhaps born and raised in Italy, "how well you speak Italian" — as if it was an unusual, unexpected event — is not comparable to racially motivated aggression. But it still inflicts a wound.

The same goes for those who, during a trip to Africa, are photographed posing as a savior, perhaps with children whose privacy is regularly violated for a few likes on Instagram. Africa is still the victim of a media bombardment, of a one-way narrative that describes it as unable to recover on its own and perpetually in need of help, especially from the West. While international cooperation and volunteering — if done correctly — are important, there are times when the white savior complex emerges.

Lastly, some think they are anti-racist but become defensive when a person who is part of a minority tries to tell them how their attitude stems from a racist heritage. It happened with Luigi Di Maio's tanning jokes: the Italian foreign minister came back very tanned from his summer holidays and shared blackface memes on social media, in which his face was superimposed on photos of Black people, including Michael Jordan or members of The Cosby Show. What made people laugh, more than Di Maio, was the color of his skin, seen as a caricature.

These self-proclaimed anti-racists get angry when people tell them that the dictionary definition of racism is very narrow and that you can have problematic behaviors without realizing it. In the words of the activist, writer and performer Alesa Herero: "Whiteness is this imperious structure founded on deeply internalized dynamics of capitalism, racism, patriarchy, classism and paternalism. For centuries it has been the norm, based on which people could define what is different."

These are the aspects that make racism structural and systemic in Italy, Europe and the West. Unlike what is often said, the discrimination and violence we witness every day are not the results of ignorance. They are a way of conceiving society based on inequalities, marginalization and discrimination to protect the privileges of a few. To stop them, we need to deconstruct racism on a political, social and cultural level.