No Mercy For Conquistadors, But We Can Let Their Statues Stand

Latin America can do a lot more to right history's wrongs than topple the bronze effigies of its conquest-era villains.

BOGOTÁ — It's an ongoing question: How do we grapple now with atrocities of the past? What should our current position be on the genocides of the Spanish conquest, the slave trade, the ransacking of cultural treasures, and the historical figures who did or defended things that today we deplore?

Some would argue that we cannot judge the people of five centuries ago in the light of current values. They lived in a world where the Crusades were seen as worthy feats, where the Inquisition meted out Divine justice, and where trading in slaves was just another form of commerce. In those case, violence legitimated power and institutions. The Catholic Monarchs who expelled the Moors and the Jews from their territories, and persecuted anyone unable to prove they were longtime Christians, were considered paragons of civilization.

For me, though, whenever I read the account of the kidnapping of the Inca ruler Atahualpa and the massacre, one afternoon in 1533, of thousands with him by a gang of well-armed Spaniards, I always say that while the Conquistadors may have preceded the Universal Declaration of the Rights of Man, they're nevertheless guilty. They declared themselves to be Christians, after all, and were thus subject to the Ten Commandments. 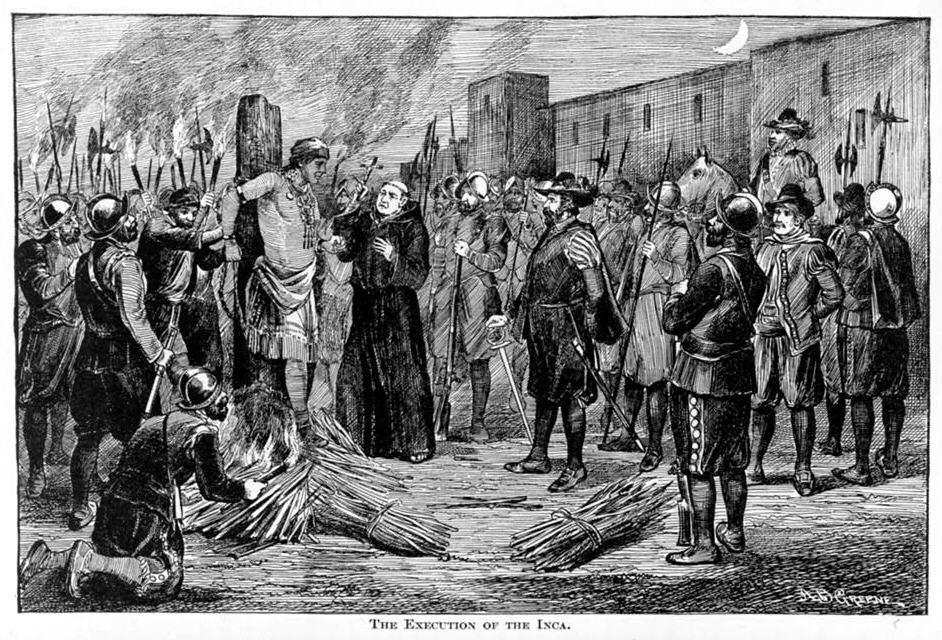 Those who legitimize atrocities cannot claim that the men of the Renaissance could not foresee the wickedness of their acts. In Spain under the Emperor Charles V, Friar Francisco de Vitoria said his "blood froze" on hearing about the massacre at Cajamarca.But should the crimes of the Conquest lead us to hate everything we have been since that time? Let me start by saying it's too late to tell Columbus not to land. It's also clear that the conquering logic is not just European, and the invasion of the Americas and subsequent fusions in race and culture are too vast and complex a phenomenon to be viewed through the narrow prism of the criminal code.

Barbarity did not just happen here but also in Spain, where the powerful committed atrocities in the name of the Cross or the Crown. Human dignity was crushed there for the sake of greed and arrogance just as the Americas saw the arrival, alongside murderers, of apostles of justice able to show their love of the world, kindness and compassion.

Years ago I wrote a reverential book, Dawns of Blood, celebrating one of those poeple: the poet Juan de Castellanos. Though a conquistador, he devoted a lifetime to praising this continent. In performing a most humane and civilized task, he was far above the ferocity and customs of his people and time.

While the Conquistadors may have preceded the Universal Declaration of the Rights of Man, they're nevertheless guilty.

Crimes abounded in the Spanish Conquest, but so did civilizing acts, irreversible fusions, profound alliances and powerful syntheses. The horror would be to wipe away that complexity and consider ourselves today as merely the product of atrocities. "May our land strive to impede our forgetting/The four centuries we have served therein," wrote the poet Leopoldo Lugones.

We must be able to criticize and condemn all that was wicked in the Conquest and in history generally, because such evils endure and are repeated in myriad ways through racism, class exclusions, militarism, religious dogmatism and political corruption. We should also value all that is noble and humane, and the inherent creativity of historical fusions.

If only all were resolved with the thud of a statue that falls. While politics can channel historical grievances and conflicts around race and tradition into ruthless wars, culture turns those same ingredients into syncretism, dialogue and enduring pacts and symbols. On this continent, there's no better example than music. It is impossible to undo the events of past centuries, but they can be reassessed and reinterpreted, and the worst deeds redeemed with conciliatory symbols and acts of justice, not vengeance. 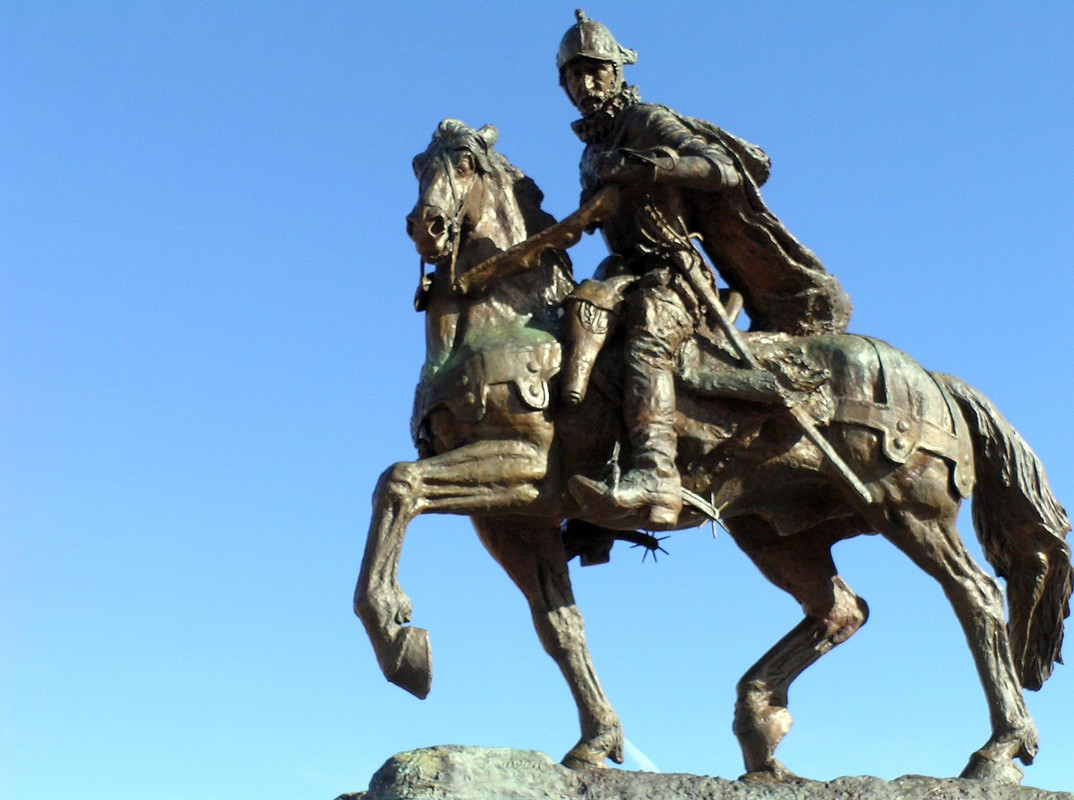 Colombia's independence two centuries ago was an undoubted, if partial, compensation for the past. Its flaw was that it maintained the exclusion and mistreatment of vast sectors of our society, like native communities or descendants of slaves. Our abolition of slavery was a meager simulation. As the philosopher Estanislao Zuleta said, without a fair chance at building a life in society, the slaves were merely relieved of the "food and shelter they had received." The country has far from paid its debt to the natives and to descendants of slaves, still called Africans by some, not out of respect for their august ancestry but to keep them excluded. As if they weren't a living part of our nation since its inception.

You would be hard pressed to find a conquistador's statue in Mexico. Here there is barely a district without its Belalcázar on a pedestal. I am not saying take them away, because there are horrors we must remember. I wonder though, where are the monuments to those who fought for dignity and peaceful coexistence?

There's more involved here than just toppling a piece of bronze. A more beautiful gesture would be to commemorate more creatively, by paying homage, for example, to the natural patrimony we desecrate. Why not let foliage engulf the statues or reclaim the botanical illustrations so unjustly taken to Madrid from their places of origin? Why not give the symbols of the indigenous universe and resistance to slavery the same amount of public space as other national components? Popular actions and processes deserve an equal place in our collective memory, whence the monument to the unnamed settlers in Manizales.

Destroying symbols is tempting, but better yet would be to put an end to the destructive routines of the Conquerors. Our best homage to downtrodden communities would be to finally assure them the nation's respect and gratitude.

*Ospina is a Colombian novelist and poet.

Hands Off! Pandemic, Sin And Fears Of The Human Touch

Contagion fears and extreme attachment to the internet are reinforcing that most traditional of m...

How To Conserve The Amazon Rainforest: Pay The Rent

The Amazon jungle provides benefits that extend well beyond the river basin itself. It stands to ...