Far From Alabama: Quebec Must Face Its Own Systemic Racism

Let's talk about the words that are at the center of this wake-up-call of a debate.

There's the word "racism," for starters. It's a garbage dump of a word, one that embodies a stinking reality, that brings to mind filth like Hitler and the Ku Klux Klan.

That's what comes to the mind of a 48-year-old Quebecer. To the minds of a lot of people, in other words — people I know, people I grew up with in our very white suburb, the vast majority raised in the fold of 1970s-era French-Canadian Catholicism.

Where I come from, racism is also a word of action. Almost a verb. A Siamese twin of hatred. What I mean is, it's not something soft. Hatred is not passive.

Here's another term: "systemic discrimination." It established itself sometimes in the 2010s. I can't remember exactly the first time I heard it, but I remember I was taken aback: What, the "system" is racist? It couldn't be, goddammit. This is Quebec we're talking about. Canada. It's not a racist place.

Let me remind you that my understanding of the word "racism" was Hitler and the KKK. It was something active, like a hunt — a hunt of the race that is considered inferior. Canada and Quebec, I thought, are not perfect. There is racism here just like anywhere else. But come on, there are no lynchings, no Brownshirts here....

But then you linger on it. You listen again and again. You listen to those who are not like you.

You listen to these stories that are widespread amongst Black people, who are regularly stopped by the police while driving or on foot — for a "routine check," and right here in Montreal… Just like everywhere else.

Well, you tell yourself: This obviously isn't Alabama in the 1960s.

Except if it's you who are sitting in the car. Sure, it may not be Alabama, but it's still something that's very annoying, and infuriating, and...unfair.

You look at the statistics. You listen to testimonies, again and again. And then you ask yourself: Wait, did it ever happen to me? Was I ever stopped for a "routine check"? For speeding, yes. For a stop sign that I passed too quickly, yes. For a defective headlight.

But just to check if I was really the owner of the car I was driving?

Did a police officer ever ask me how I could afford such a car?

Again you look at the stats. Higher unemployment rates, in spite of equal qualifications, for minorities, for those who are not from the circle of people with last names like Tremblay, who weren't baptized in the Church.

You look at the public sector and see that statistically, it doesn't represent the demographic weight of Quebecer minorities. Far from it.

You learn about these tests where employers receive fake CVs: one with the name Tremblay and one with a foreign name. Guess who has less chance of getting an interview? 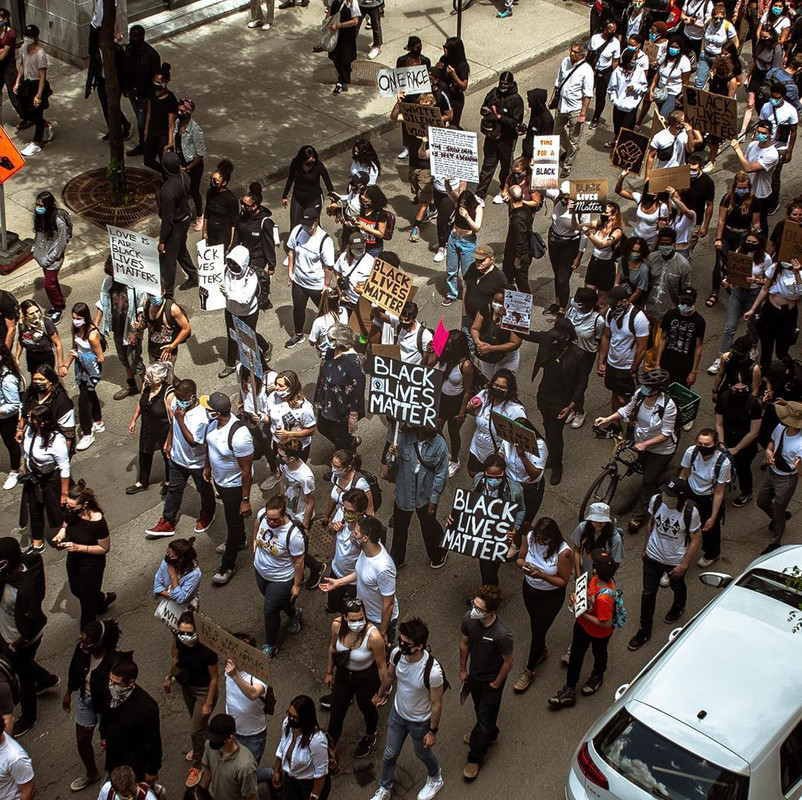 "I agree with the notion of systemic racism" — Photo: Erwan Krn

That's when you realize that, yeah... maybe it does make sense to talk about systemic racism.

Not racism in the sense of hunting the other, or like Alabama in the 1960s or Europe in the 1930s and 1940s. But in the sense that the system is biased and doesn't give an equal chance to everyone.

Let's call this a blind spot. Is it racism, in the same sense that I conceived racism? No. But maybe it's because I grew up with a narrow vision of what racism is. All of this to say is I agree with the notion of systemic racism.

What I don't understand is why François Legault, our current provincial prime minister, refuses to say that there is systemic racism in Quebec.

I'm happy to see that he wants to fight racism, that he finds it unacceptable and created an action committee that promises a set of rules for next autumn. We'll see how this translates into reality. Either way, we really do need to tackle racial discrimination, and for one simple reason: It's unfair.

Again, I don't know why François Legault refuses to say that there is systemic racism in Quebec. But do I have a theory: It's because he knows Quebecers well.

If you are 30 or younger, born after 1990, it may be difficult to appreciate how much Quebecers were dragged into the mud over the decades, starting, let's say, from the time Quebec began to assert itself.

Outside Quebec, the Quebec bashing was a very concrete reality. The Parti Québecois (PQ), created by René Lévesque, was associated with Nazis. The Law 101 (which defined French as the official language of the provincial government) was denounced as racist, something like a form of apartheid.

When Mohawks rebelled in 1990 — the Oka crisis, as it's known — we were labeled as fundamentally racists, as if only people in Quebec have a guilty conscience with regards to Canada's first nations groups.

At each referendum, in 1980 and 1995, Quebecers — Francophones of course — were again called racists and intolerant just because they wanted to obtain a state in a democratic way.

Over the decades, things have been written about Quebec in the Canadian-English media that we can't imagine would be said about other provinces, societies, nations. 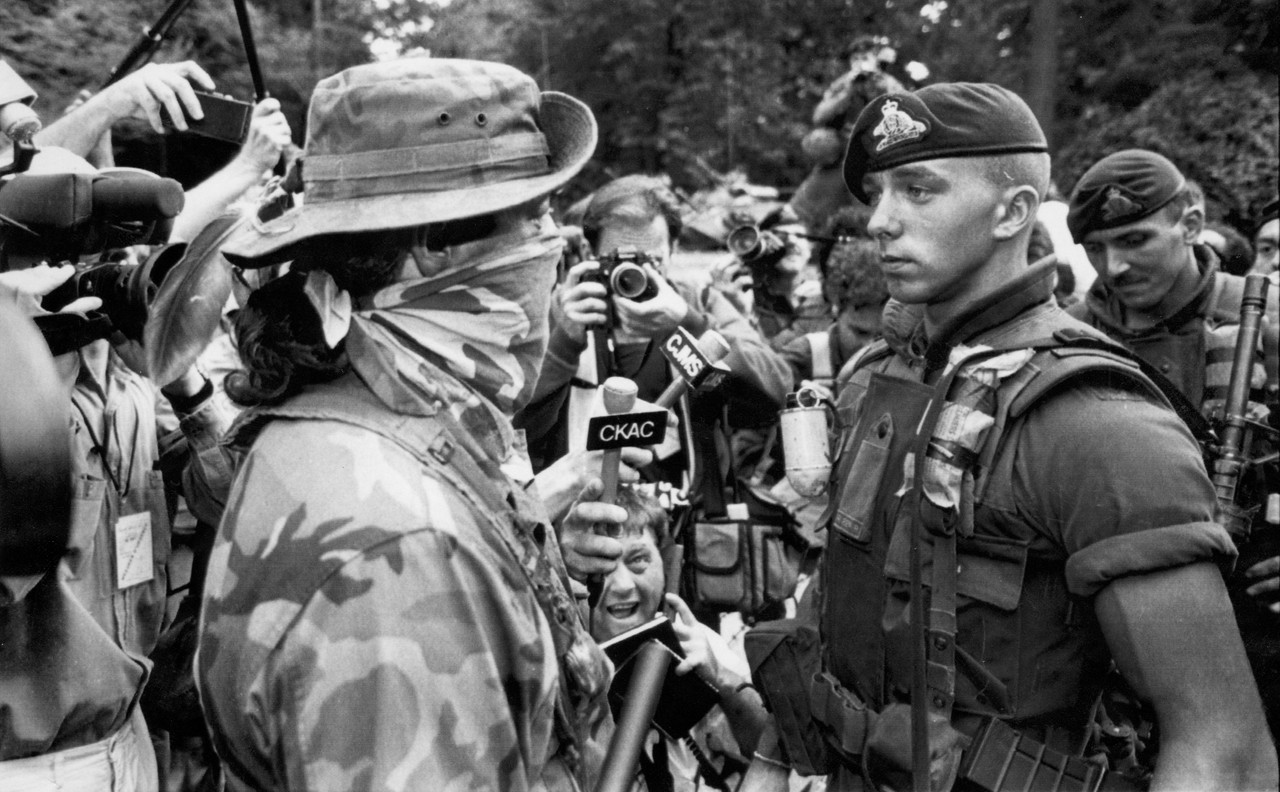 So if you are 30 today, there's a good chance that this reality doesn't exist. To understand it, you would need to have lived at that time. To feel it. I remember. The generation of my parents remember. I won't say it's a trauma. But it's a very unpleasant memory.

A committee on systemic racism? For a lot of Quebecers, this will be another opportunity to criticize us. As it was done before…

Coming back to our prime minister: My theory is that he knows that there is systemic racism here but that also, he doesn't want Quebecers to be a piñata for all those who think that "frogs" — as everyone already knows — think like Nazis...

I've only experienced one racist insult in my life. I am talking about one concrete and clear example. About 30 years ago, on a soccer field in West Island, an English-speaking person called me a "fucking frog."

I don't say that to play the victim. I'm not. I talk about his because I remember the effect it had on me, what it stirred in me. A volcano.

Last week, comedian and singer Mélissa Bédard shared on social media some of the racist insults she has received over the years. She's Black, and the things people have said to her are appalling, disgusting. I can't even imagine what these racist insults do to her every time she reads them. I imagine my experience in West Island, but a thousand times worse. Multiply this over and over, for almost all Black Quebecers.

I don't know if we will be ever able to stop the flow of racists who don't hesitate to insult someone like Mélissa Bédard. But I do know that things could be done on the state level to stop "soft" racism — the systematic discrimination that, while it may be involuntary, is no less unfair.

Should it be done by saying that yes, there is systemic racism in Quebec? If we name the source of the problem, all the better.

Things could be done on the state level to stop "soft" racism.

But along with naming it, there also needs to be action. Because otherwise, what happens? Talk to Canada's indigenous populations, who are flooded with apologies of all kinds… but who are still as marginalized and discriminated as before.

My preference is that the State vigorously fight racism with all the available tools: laws, rules and norms, but also sanctions.

Actions, in other words. And overtures.

That's what the prime minister is promising, and that, I'd argue, really is something.

*This article was translated with permission of the author.

Welcome to Monday, where China ends its two-child policy, Netanyahu risks losing his job, and ...

At 3,304 and counting, the list of officially recognized emojis includes more than just happy ...