PARIS — A wave of popular revolt against the establishment, globalization and immigration is washing over the West. And as the recent election results in Germany, Austria and the Czech Republic suggest, it won't be ending anytime soon.

After the staggering victories of Brexit and Donald Trump in 2016, Western elites, always eager for good news, were quick to see Emmanuel Macron's victory against Marine Le Pen in the French presidential election as a sign that the populist wave was waning. In doing so, they chose to forget that the cumulated scores of two anti-establishment candidates, Le Pen on the far right and Jean-Luc Mélenchon on the far left, surpassed 43%, a stubborn reality that showed that Macron, himself a symbol of the elite but determined to revolutionize the entire political system, had only diverted the revolt.

The fact that the Dutch anti-immigration movement, led by Geert Wilders, did more poorly than expected in March, finishing second in the Netherlands' general election, was also perceived as a sign of that decline, as was Norbert Hoffer's very narrow defeat in Austria's presidential election. As a result, newspapers were quick to announce that the "brakes" had been put on European "populism," a vague and catch-all term that is now used to describe any kind of popular discontent.

Brexit was interpreted as a new treachery by the Perfidious Albion, which never wanted to be a part of Europe, rather than the product of a deep and emerging identity revolt. The same prism colored the analyses of the 2016 U.S. election. Democrats continue to see "Hurricane Trump" as the illegitimate coup-de-force of a single man, without realizing that it is a case of not seeing the forest (a Trumpian revolt, alive and kicking) for the tree that is Trump.

"The reality is that the wave sweeping over the West, far from being a mild fever, is the sign of a changing world," says Joshua Mitchell, professor of political theory in the Department of Government at Georgetown University.

Mitchell worries that in Europe, this revolt could morph into a "form of ethnic nationalism." Preventing that requires an answer. But what answer? That is the question undermining the continent.

The question is all the more imperative in light of recent electoral results. In Germany, the far-right Alternative für Deutschland (AfD) party became the third largest party in the German Bundestag with 13%. The country was long seen as being "protected" from rightist rebellion because of its Nazi past. But now even Germany is susceptible to identity rebellion, which gained ground with the influx of migrants in 2015 and Angela Merkel's imprudent choice to keep the borders wide open.

The big winner in Austria's recent elections, held early last month, was the young leader of the Conservative party, Sebastian Kurz, who successfully attracted voters from the far-right FPÖ party by capitalizing on their anti-immigration slogans. The FPÖ itself got 26% of the votes and could join the Conservatives in a coalition government. And in the Czech Republic, billionaire Andrej Babis won the parliamentary election in a landslide by portraying himself as an anti-establishment entrepreneur who'd be able to fight against corruption and "orders" from Brussels regarding the issue of refugees.

Anti-immigration movements are even doing well in traditionally welcoming countries such as Sweden and Denmark. "The populist wave is far from over," says Ruth Wodak, professor at the University of Vienna. "The far-right agenda is actually being picked up by traditional parties."

Western observers highlight the similarities between the populist fit of anger in the Czech Republic and the Hungarian and Polish cases. From Viktor Orban's Hungary to Poland's Law and Justice party (PiS), a "rebellion" among the Visegrad Four is rising against Brussels, stimulated by the fear of multiculturalism and a form of disaffection regarding democracy. 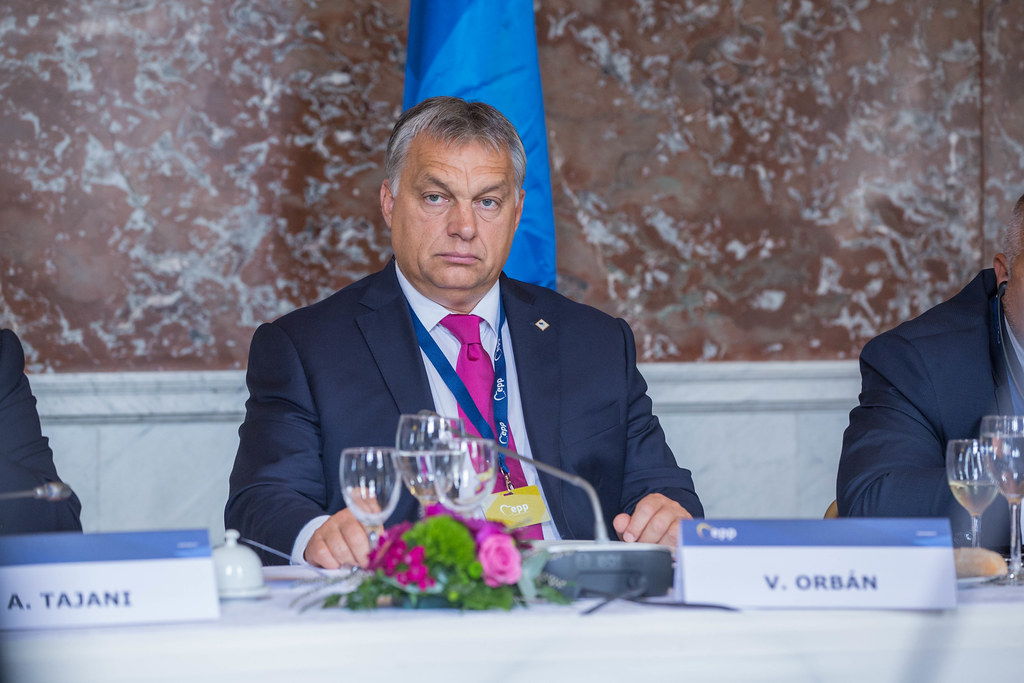 Wodak isn't surprised. "In these countries, as well as in the former East Germany, which voted massively for the AfD, there's been no effort to look back at Nazi totalitarianism, so the people there are more inclined to nationalism," she explains. Still, the professor says it would be misleading to conclude that the new schism will be East vs. West.

In reality, the wave of anger transcends geographical divides. In both Eastern and Western Europe, there is a growing vertical divide with liberal elites on one side, and the popular- and middle-classes on the other. The theme of "two countries," one of globalized urban centers, the other of "peripheral" or "forgotten" areas — a line of thinking that dominated the American election — is omnipresent.

Everywhere, the popular classes feel a "cultural insecurity," as the French geographer Christophe Guilluy puts it. They react by demanding reinforced borders. And everywhere, they lament the "powerlessness" of their respective governments.

Until now, the reaction of the European elites consisted mostly of demonizing the "populists" and portraying anyone who questions the open-border principle a part of a dangerous "nativist drift." But that ended up playing into the hands of the far-right by giving it a virtual monopoly on all things related to national identity. With that in mind, the elites are finally showing signs of taking these shifting sentiments a bit more seriously.

"The European Union is turning into something of a political science laboratory these days, with each country offering varying experiments and test cases in how to handle a resurgence of populism," Benjamin Haddad recently wrote in The American Interest.

France's Emmanuel Macron, for example, decided to formulate a liberal and pro-European policy while at the same time toughening his stance on immigration and security. But there are risks in such an approach, Haddad explained. "By bringing the center-left and center-right together, it leaves the extremes as the only true opposition."

Another approach, embodied by Austria's Sebastian Kurz, consists in trying to address the far-right's concerns more directly while rejecting racism and open Euro-skepticism. "So far, Kurz has been able to thread the needle, emerging as a strong voice against the EU's refugee policy while offering proposals that are a far cry from hardline demands to revert back to national borders and abandon the Schengen Area," Haddad writes.

The approach doesn't reassure Ruth Wodak, who sees in Kurz a "dangerous" alignment with the far-right's rhetoric. Haddad admits that the young Austrian chancellor "walks a fine line" and that there's a real risk in "trying to seize some of the populist agenda," as Britain's David Cameron experienced himself when, in an attempt to marginalize the anti-EU, anti-immigration party UKIP, he ended up provoking the Brexit.

Still, in this time of extreme divides, offering voters some kind of middle ground is becoming a political imperative. Either that, or people are left choosing between open borders, on the one hand, and the far-right on the other. And that, quite frankly, is a recipe for disaster.

-Essay- PARIS — The rendez-vous was for last January 21, on the anniversary of Louis XVI's ...

Get Up! New Studies Warn About Taking Pandemic Sitting Down

PARIS — Are you sitting down? Probably. Yes, there are new studies that show the collateral ...