Trump, Berlusconi And Democratic Lessons For Everyone

TURIN — Two months from election day, we can leave no doubt: Donald Trump is taking the Republican Party for a ride toward the Apocalypse. The Republic convention was a frantic exercise in stoking of fear, violence and social unrest in the U.S. — a country already burning, scared, angry and almost never so divided.

Instead of answering for 180,000 American coronavirus deaths, Trump — perhaps the most cynical and irresponsible president in U.S. history — moved to inject yet more toxins in the veins of the country and gave protesters more reasons to take to the streets. He then presented himself to white Americans as the sole guarantor of national security. Trump has declared war, and his willing executioners follow him and his family-party to clamp down on the other side.

All of it makes the silence of European leaders even more embarrassing. Perhaps Trump's distressing portrayal of centrists as the armies of evil will make him rise in the polls. But what is truly notable is that, in Europe, it is not only socialists but even conservatives like Giuliano Ferrara who are now talking about the ‘American plight'.

These are American lessons for democracies around the world.

Yet Europe seems incapable to pick a side because they do not want to make mistakes, even if the political and social responsibility of what is happening in the world's most important democracy seems clear. And it is disheartening to see the moral weakness of those who hide — for shrewdness or indolence — behind the pretense of Europe's independence. 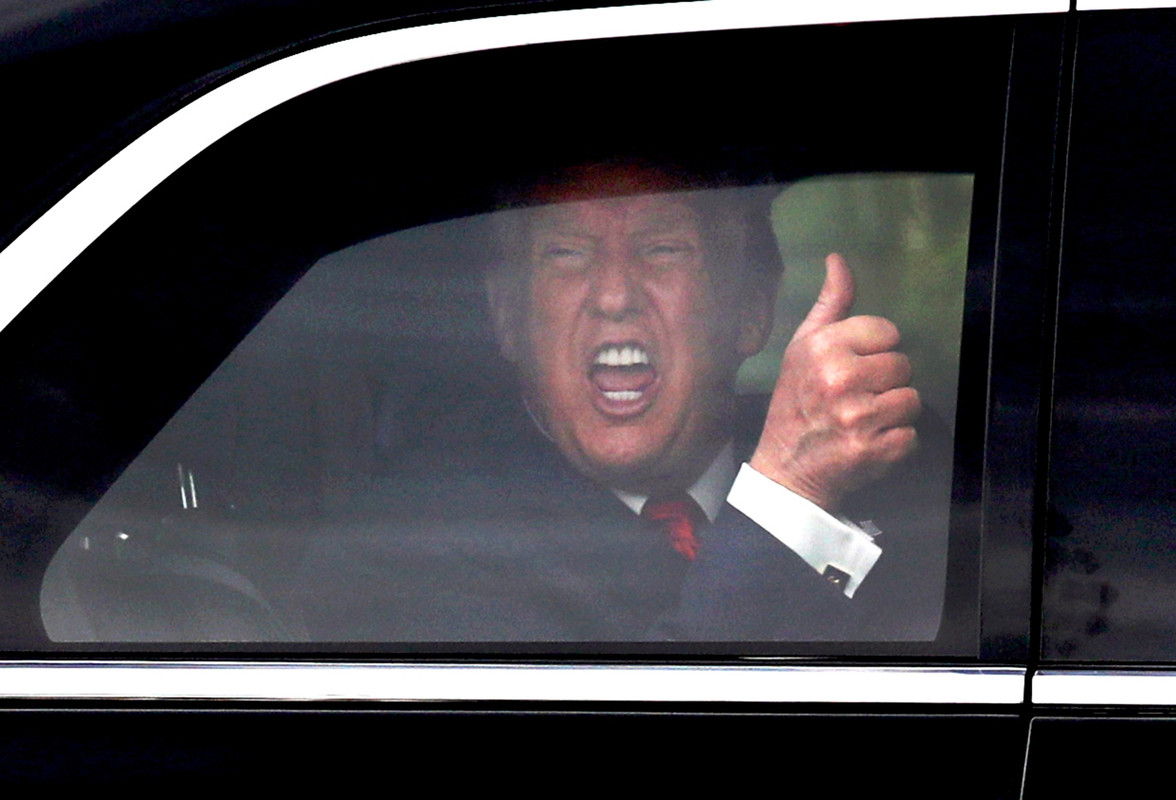 But these are not just elections: They are American lessons for democracies around the world. What's scary about Trump's political marketing is his unscrupulous manipulation of reality and truth. The GOP talks about a clash of civilizations, but the U.S. is not on the brink of a bloody communist revolution. The protests following the shooting of Jacob Blake and the demonstrations for the 57th anniversary of Martin Luther King's ‘I have a dream' speech have been mostly peaceful — those who took to the streets wanted rights, not military coups.

It's a kind of deceit that we Italians have known during Silvio Berlusconi's time, although perhaps to a lesser extent. Berlusconi used to portray the center-left as subversive and radical, which he used to split Italy into two opposing camps. Then he led a crusade against Italian ‘communism' — even if the country had never been ruled by communists in its history and years after the Cold War was over.

But as scholar George Gerbner first noted in the 1970s, during crises people are prone to thinking that the world is a lot more dangerous than it really is. TV messaging can amplify the instinct: to win them over, you just need to feed them their own fears. And so starts the vicious circle: Trump's chaos mobilizes people on the left, and their protests, in turn, make Trump's authoritarian tendencies more appealing to the right. The real loser of this game is ‘normal' politics.

Those who think this is solely an American problem are wrong: It concerns all of us to some extent — his brand has been contagious. Think of Viktor Orban, Jair Bolsonaro, Recep Tayyip Erdogan and Vladimir Putin. We must watch what happens closely. Donald Trump is not an accident of history, something that can't be explained or repeated. Much of the country identifies with his misogyny, racism, and artificial ‘Make America Great Again' sloganeering. Whichever way the vote goes in November, these four years will leave a mark on America's democracy — and, perhaps, on ours too.

Italy is once again murmuring about how Pope Francis was in therapy while serving as a priest in ...

Police say the published novelist killed his father with a hammer and slit his mother's wrists to...