The End Of The World As We Know It? Nope

It's tempting to imagine the pandemic as a turning point. The thing that undoes the EU, perhaps, or challenges the capitalist hegemony. But that may just be wishful thinking.

BERLIN — The Greek word "apokalypsis" doesn't mean catastrophe: It means revelation. The old is gone and a new world is born. The moment of apocalypse is when everything is revealed. It's a new beginning — in other words, not the end of the world.

In the biblical Book of Revelation, John doesn't only speak about the Four Horsemen of the Apocalypse, who are "given authority over a quarter of the earth, to destroy with the sword, and with famine, and with death, and by means of earth's wild animals." He also — indeed, above all — tells of the return of Jesus to judge the godless and gather his followers to him.

When the apocalypse comes, it doesn't mean everything is over. Instead, a "new Jerusalem" descends from heaven to earth. In the end, everything is better, as God wipes all the tears from people's eyes. "See, I am making all things new."

It's not surprising that the pandemic surrounding us has been compared to the apocalypse, as people are trying to find a meaning in this plague. At the moment, many leading thinkers are predicting that once the four horsemen have galloped past, they will have the world they have always wished for.

One is the British philosopher John Gray, who for many years has been one of the leading critics of globalization. In an essay in the New Statesman, he was uncompromising. "Liberal capitalism is bust," he claims. Gray also believes that the pandemic and the resulting economic crisis will lead to a fundamental reordering of our way of life.

Once the four horsemen have galloped past, they will have the world they have always wished for.

"Our lives are going to be more physically constrained and more virtual than they were," the philosopher writes. "A more fragmented world is coming into being that in some ways may be more resilient."

Gray says the EU will become a pale shadow of its former self, like the Holy Roman Empire in its dying days, and that mass tourism will soon be a thing of the past. The good old nation state, with its "hard borders," will return, he argues. Economic growth will no longer be an important aim for society, because in future the "anarchy of the global market" will be regulated by governments. And there will be measures put in place to combat overpopulation. Small is beautiful!

In a text that's been doing the rounds on the internet, future researcher Matthias Horx shares a similar vision. He also believes that the virus will change the world for the better. Horx says that when we look back on this time, we will see that "people who didn't know how to rest and be calm, including young people, are suddenly taking long walks … reading books is in fashion again … cynicism, this way of keeping the world at a distance through negativity, is suddenly ceasing to be cool … and at the same time this endless flood of grisly crime series is reaching its tipping point." 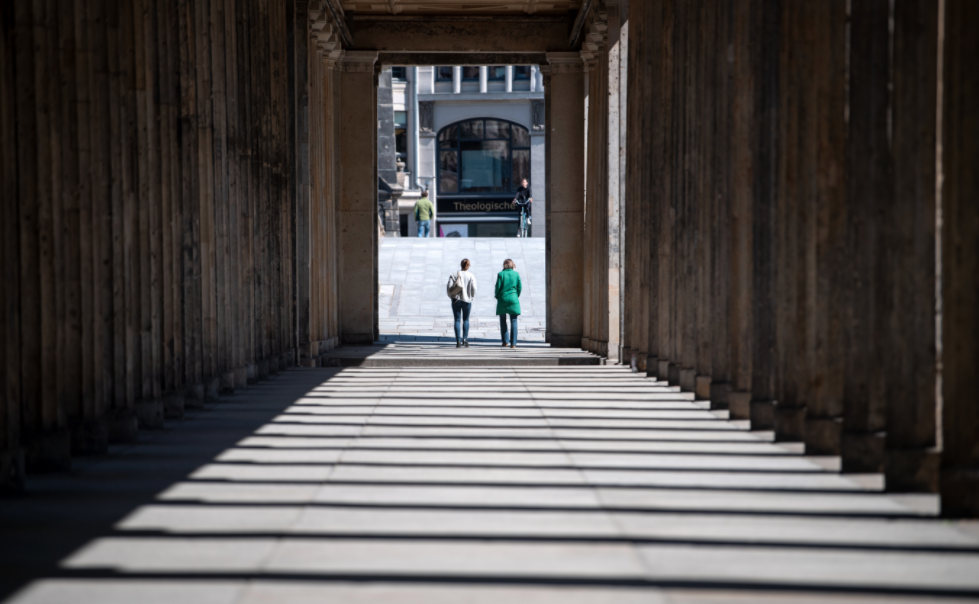 The famous Slovenian philosopher Slavoj Žižek, for his part, believes that the coronavirus will spell the end of the capitalist market economy and usher in a new communist era. And then there's me, also wanting to jump on the bandwagon of all this apocalyptic prophesying. I hope that the plague leads to a renewal of liberal democracy. I hope that Donald Trump and his Republican allies suffer an embarrassing defeat in the U.S. elections this November.

I hope that once the right-wing party Alternative for Germany has proven that it is not capable of being in government, only of criticizing from the sidelines, it will be consigned to the history books. I hope that Vladimir Putin will discover that the younger generation of Russians doesn't want to be ruled by an authoritarian leader.

Perhaps we will feel nostalgic for the time of COVID-19 ...

I hope that the Communist Party of China will be pressured into reforms that will bring about its own demise, that its power will diminish as it did for the communist regimes in Eastern Europe. I hope that the regime in Iran finally topples. I hope all of this will come about, but I'm by no means confident.

After all, the Spanish Flu outbreak of 1918 didn't lead to any great changes in society. The United States didn't become less racist, or more racist than it was before. The Bolsheviks in Russia were still the Russian Bolsheviks. The authoritarian and nationalist regimes in Europe were not weakened by the disease. The Weimar Republic overcame its opponents, at least at first.

Once it was over, the pandemic was quickly forgotten. It didn't fit into the overarching historical narrative. It didn't lead to widespread changes. And it didn't prove anything at all. What makes us think that COVID-19 will be any different? Especially if — as we hope — we will soon be able to bring the pandemic under control through mass testing and antiviral medicine.

Maybe in a year's time we will be talking about other things: the re-election of Donald Trump, a new wave of attacks against Muslims by the Hindu majority in India, lies and misinformation spreading through the internet. Maybe we will have forgotten the few weeks spent shut up in our homes.

Or perhaps we will feel nostalgic for the time of COVID-19, just as older generations in Britain are nostalgic for the Blitz Spirit, when all Londoners — from the Queen Mother to the poorest East Ender — stood firm together against the German bombs.

It is perfectly possible that in 10 years, we (the ones who survive) will be telling stories about the time when city streets were beautifully peaceful, when you could hear the birds singing and we all sat at home — apart, but connected through the internet — and were forced to focus on what we had. Our families. Solidarity. Faith. Art. And no one will mention the fear, the loneliness or the misery of not knowing when this senseless disaster would end.

Greta! Will COVID-19 Make Or Break The "Climate Generation"?