Next On COVID-19 Calendar: Our Summer Vacations At Risk

On the beach of La Concha, in San Sebastian, Spain - Javi Julio/SOPA Images/ZUMA

Quarantines, closed borders, grounded airlines, crowded beaches ... It may be a summer to forget, that we'll always remember.

PARIS — After Spring break and Easter holidays were largely canceled amid lockdown measures and travel bans around the world, should we also start to worry about our summer vacations?

EU Commission President Ursula von der Leyen advised against making plans for the summer, telling Germany daily Bild "no one can make reliable forecasts for July and August at the moment". Across the Atlantic, top U.S. health official, Dr Anthony Fauci said on CBS summer travel "can be in the cards" but only if the country manages to prevent a second wave of infections.

For those looking to travel abroad (maybe you bought tickets months ago?), some countries might not allow tourists to enter at all. According to ABC, Spain, one of the worst-hit countries, is thinking about closing its borders this summer to prevent a second wave, despite the fact that the tourism sector makes up 12% of the country's GDP.

Several countries have already begun to explicitly encourage people to stay closer to home than usual. French cabinet minister Elisabeth Borne said last week: "Now is not the time to buy a ticket to go to the other side of the planet (...) But we can encourage French people to enjoy our beautiful country for the next holidays, which will also help the tourism industry." Australia and Italy are also putting in place incentives for residents to plan domestic holidays, with various bans on international travel potentially remaining in place until 2021. 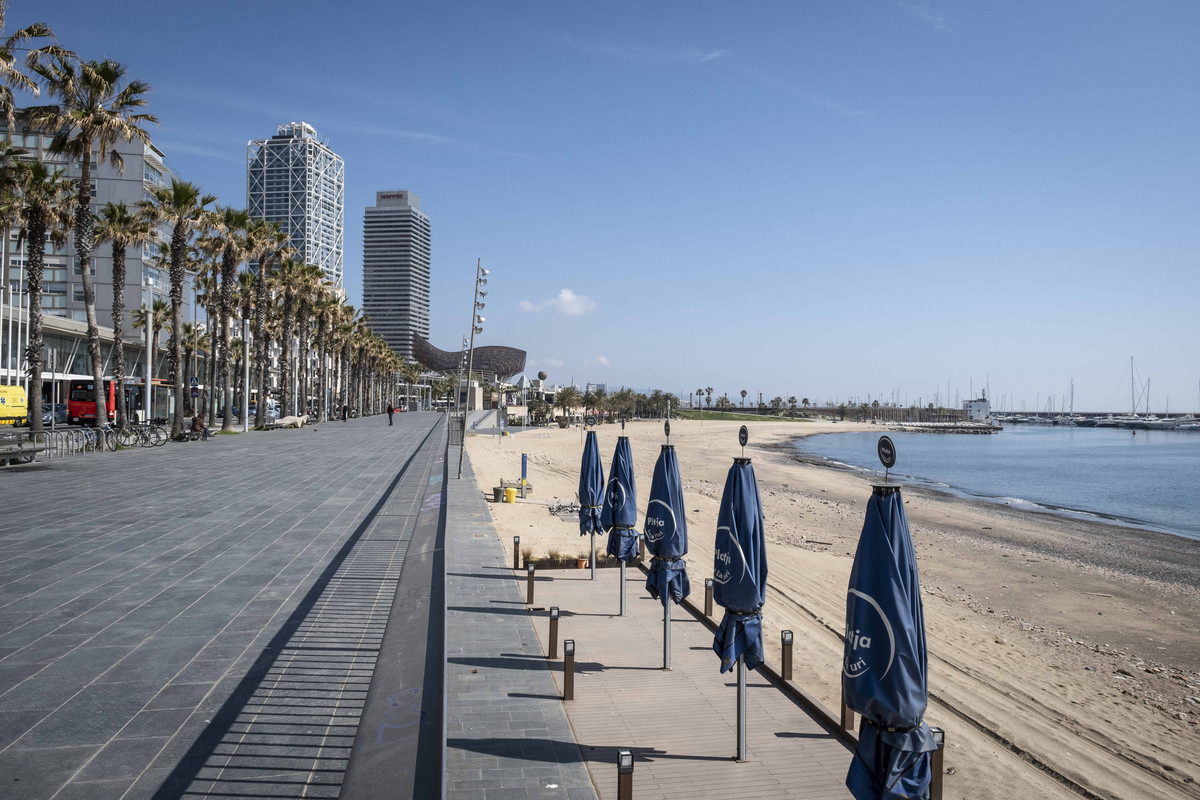 And even if borders are slowly reopened and travel restrictions lifted in the coming months, getting to your chosen holiday destination may not be easy. The crisis is taking a huge toll on the airline sector, with some industry analysts forecasting a round of major bankruptcies by May. Already, EasyJet's fleet has been grounded to a halt for two weeks in the UK while Air France expects more than 90% of its capacity to remain suspended at least until the end of May.

It's a question of survival for businesses, and responding to a pent-up demand from the public.

CEO of consulting firm Protourisme Didier Arino told Le Figaro that there will be few airplanes in the sky this summer, as "companies are planning to use only 50% of their capacity, for five months." In the U.S., the CDC has extended the No Sail Order for cruise ships carrying more than 250 passengers, for at least until mid-July.

For sun worshipers, after a long winter and months cooped up in quarantine, there is just one thing on their mind: the beach. Italy's Culture and Tourism Minister Dario Franceschini was asked last week if people will be able to go to the beach. "Sure! Of course it depends on how well we follow the (quarantine) measures now," he was quoted in Il Messaggero. "Then we'll let the scientists guide us on the right safety practices to deal with crowds."

Italian news site Linkiesta interviewed Marco Beoni who runs the "La Giunca" beach club in Sabaudia, south of Rome, who expects sunbathers will be itching to get to the seaside. But Beoni is already preparing a whole new approach to welcoming them, including fewer umbrellas to better regulate the space between people, special early hours restricted for senior citizens, repeated disinfecting of tables and beach chairs, as well as required testing of lifeguards and other beach personnel.

It's a question of both the survival of his own business, and responding to a pent-up demand from the public: "What's important is to be there this summer to save our business, " he said. "But we don't want to rush into a reopening, and make sure that all the safety measures are in place." So, you may have your summer after all, though it will be unforgettable for all the wrong reasons.