BERLIN — By the time Annalena Baerbock had been tapped to be the Green party candidate for chancellor, she had already made clear her critical position on Russia. She'd lambasted the Russian troops on the Ukrainian border and demanded a reversal of support for the Nord Stream 2 pipeline. Rising to the top of the Greens ticket, Baerbock began receiving targeted attacks across social media.

Among them was a purported nude photo of the politician, which in reality showed a Russian nude model who resembles Baerbock. There were also campaigns that tried to tie her to a left-wing world conspiracy in alliance with the billionaire George Soros. Initially, the Greens had considered these violent personal attacks against Baerbock were part of a pattern of misogyny.

Now, however, Green Party politician Cem Özdemir is accusing Russia and Turkey as the originators of anti-Baerbock campaigns on social media. "Annalena and the rest of us are no longer just being attacked domestically, but also by (Russian President Vladimir) Putin and his secret services, as well as by Turkish activists who are running a dirty campaign against her and the Greens." Özdemir told the Tagesspiegel daily.

Özdemir, as a German-Turkish critic of the Erdogan government, has himself experienced troll attacks from pro-Erdogan supporters. Why Baerbock is now being targeted by the Kremlin is also easy to explain. Among Germany's top politicians, she is what could most easily be called a "Russia hawk." Baerbock stands for a values-driven foreign policy and has repeatedly sharply criticized Putin's treatment of regime critics such as Alexei Navalny.

The statements of its co-chairman Robert Habeck in eastern Ukraine, which calls for Germany to supply defensive weapons to Kyiv to defend itself against Russian aggression, further turns Moscow against the German Greens. Baerbock also believes the German-Russian Nord Stream 2 project is a mistake both environmentally and geopolitically.

Germany remains the focus of Russian influence operations in Europe.

Even in Washington, it is believed that a possible victory for Baerbock in the race to succeed Angela Merkel is the only chance to prevent the commissioning of the pipeline, which would bring Russia enormous strategic advantages in Europe. Putin, for example, has just made it clear where the journey is headed: even before the pipeline was completed, the Kremlin leader threatened Ukraine that he would only supply gas to the country if it behaved well.

This is precisely what the critics of the pipeline to Germany had always warned would happen: allowing for the bypassing of previous Eastern European gas transit countries would make blackmail by Moscow easier. 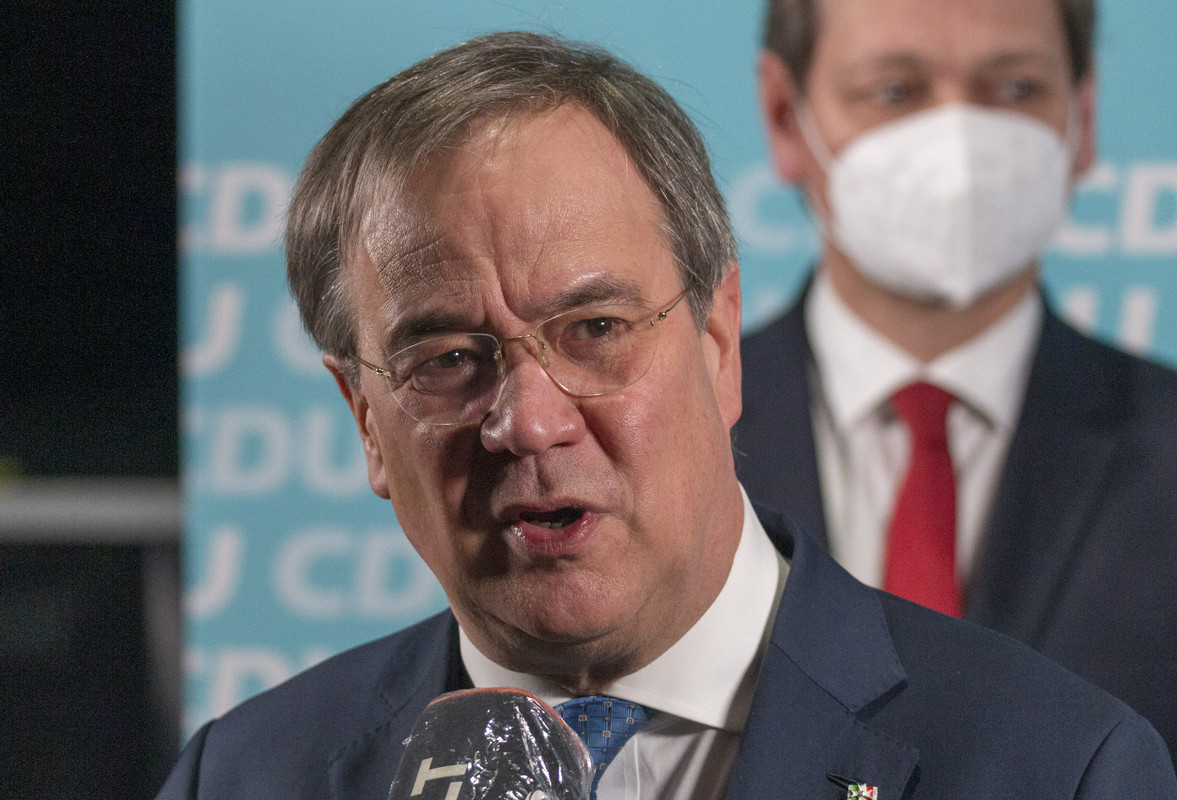 Armin Laschet, the CDU/CSU's top candidate and Baerbock's main rival for the chancellorship, takes a much softer stance toward Moscow, and has repeatedly put economic interests ahead of questions of values or geopolitics in the past. He is therefore a more acceptable candidate to Moscow than Baerbock, making the Green Party candidate the most likely target of negative campaigns in Russian state-run foreign media and also of Kremlin-directed trolls on social media.

Germany remains the focus of Russian influence operations in Europe. Since 2015, Germany has been targeted twice as often by Russian disinformation campaigns as any other country in the European Union, according to the documentation center for foreign propaganda activities, EUvsDisinfo, based in the European External Action Service.

The documentation center counted some 700 cases of targeted disinformation campaigns against Germany alone in this period, 300 for France, followed by Italy with 140 cases. The 2021 campaign would not be the first time that Russia intervened in the German electoral campaigns. For example, in the last federal election in 2017, Russian hacker attacks were directed at Bundestag members, and Russian bots tried to boost online content linked to the far-right AfD party.

Özdemir has long been target of vitriol among Erdogan's supporters.

The Greens are also increasingly becoming a red flag for the government of Turkish President Recep Tayyip Erdogan. Cem Özdemir in particular has repeatedly found himself in the crosshairs of online attacks. The most recent example: Özdemir's appearance at a solidarity demonstration for Israel on May 20. "Garbage man," wrote one user on Twitter of Özdemir's speech condemning rocket attacks by the Islamist Hamas militia. Some pointed comparatively matter-of-factly to Palestinian casualties, while others were clearly abusive, including many with Turkish-sounding usernames. "The guy can only speak Swabian that's all!!!" wrote one, and another judged in Turkish: "He has become more German than the Germans."

Özdemir has long been target of vitriol among Erdogan's supporters. Back in 2016, he drew fierce verbal attacks from Ankara when he backed a bipartisan resolution on the Ottoman genocide of Armenians. But Özdemir also repeatedly opposes Erdogan in other ways. For years, the Green party activist has demanded that Berlin and Brussels be more adamant in condemning human rights abuses in Turkey and drawing political consequences from them. "The next federal government, if it includes the Greens, will immediately end its cuddling with Erdogan," Özdemir recently told Redaktionsnetzwerk Deutschland newsroom.

Özdemir is an important voice on foreign policy in his party, and could become a problem for Erdogan's government if the Greens score well in the election. And Özdemir is by no means the only Green whom Ankara is worried about arriving in a future government. Bundestag Vice President Claudia Roth has repeatedly criticized the Erdogan government's handling of civil rights in the country. The foreign policy spokesman of the Bundestag parliamentary group, Omid Nouripour, calls Erdogan's policy in the Middle East a stability problem.

Kurdish-born member of the state parliament Berivan Aymaz is actively committed to civil rights and freedom of the press in Turkey and is also becoming the target of pro-government media on the Bosphorus. However, antipathies of the current Turkish rulers for the Greens have deeper cultural reasons. From their tradition as a left-liberal civic movement party, the Greens contradict everything that is tolerable according to the self-image of the Islamist-nationalist coalition in Ankara. This tradition almost naturally led to human rights issues playing an important role among the Greens. And as a party that tends to be left-wing, the Greens did not have the inhibitions of other German foreign policy makers to criticize NATO partner Turkey.