A vendor sits in a store awaiting customers in Bogota, Colombia. - — Xinhua/ZUMA

Colombia is a prime example of how overspending and indebtedness leave little room for error, and why it's important to take a new approach moving forward.

BOGOTÁ — Since the pandemic began, the subject we keep hearing about is the harm it is doing to the economy. Markets have ground to halt, unemployment is spiraling out of control, businesses are closing down and oil — that engine of the world economy for the past 100 years — has dropped in value to below $30 a barrel. It is something between the grotesque and fictional: It means producers are paying customers to take their oil, as they have nowhere to keep it since consumption is limited. How can the economy's interruption for a few months have such a great impact?

The essential problem is the amount of worldwide debt, both public and private. Data from the International Monetary Fund (IMF) put total planetary debt at around $190 trillion. The World Bank separately puts the world's GDP at around $80 trillion a year. Which means we are all in deep debt, and the health care crisis is further complicating our situation. We are not just having to deal with what we owe, but must wait until we are earning money again first to survive, then finance our lifestyles.

The same applies to countries: The worst-hit are developing states because their indebtedness is to supplement basic needs through infrastructures that would allow them to emerge from backward conditions. Even a short halt to the economy has a great impact, as states cannot even meet the basic needs that generated their debts.

We are all in deep debt, and the health care crisis is further complicating our situation.

The big economies, as we have seen, have already injected around $8 trillion to stabilize their markets following the crisis. Countries like the United States are strongly indebted (about $22.7 trillion right now) and will now incur another $4 trillion, but in the long term, they owe this money to themselves. That makes it easier for them, unlike emerging economies that owe their debts to the big economies. In simple terms, Colombia, for example, borrows to put a roof and drainage on its house while the United States borrows to remodel its guest house and change the mosaics in its pool. Their budgets are substantially different. 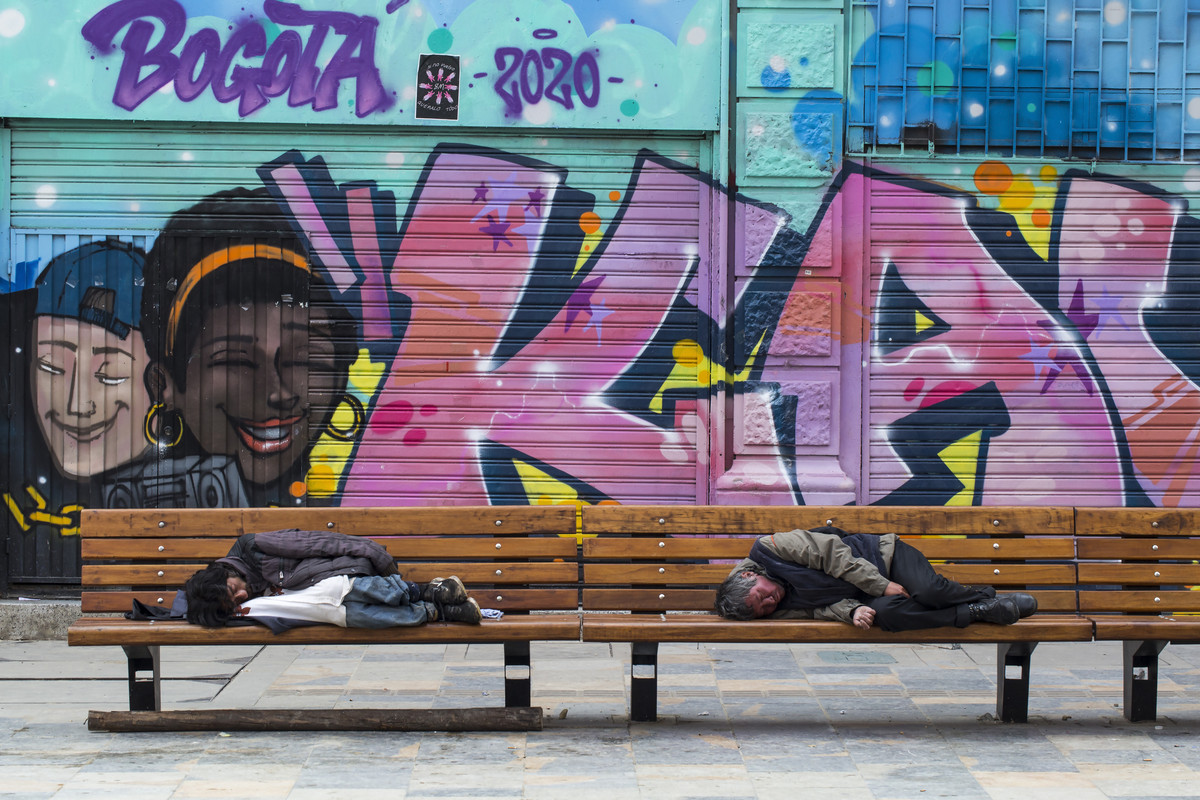 People sleeping on benches in Bogota, Colombia, as the rest of the country remains under quarantine — Photo: Antonio Galante/VW/ZUMA

Another aspect of the crisis widely affecting economies like ours, in a mainly oil-exporting country, is indebtedness itself. You might imagine oil producers have no debts. In fact, the opposite is true. They incur large debts in order to boost exploration, production or refining capacities, and borrow in principle on the back of stable production forecasts. So if oil becomes worthless for a while (like now), the country loses its principal revenue, though evidently not its debts.

Ecopetrol, for example, owes $1.6 billion, which is itself a destabilizing threat to our economy. In these conditions, oil producing countries recently gathered to see how they could cut production in order to stabilize the price of every barrel of crude. Their efforts have proved futile so far, as there has been a production cut of six million barrels from a total daily production of 80 million barrels. Overproduction is the source of the price collapse we see, but there are two reasons for it. One is the excess debts of oil producers and firms. The second is closing and then reopening the taps is extremely costly, which means producers prefer to keep the oil flowing.

We borrow money to maintain lifestyles that cannot withstand situations of turmoil.

The same applies to any individual who owes money for rent, a car, phone services or credit cards. Obviously, if these are your debts you will have few or no savings, so if you were to lose your job now, you may find yourself out of your flat by the end of June, with the bank looking to repossess your car, no working phone service and an irreparably damaged credit reputation. If we still had the consumption habits of our grandparents, we would be spending our savings now on food and possibly rent. Our spending habits have complicated the problem of debt.

I am a firm believer in capitalism, but it seems to have laid us a trap here. We borrow money to maintain lifestyles that cannot withstand situations of turmoil. We need to be producing all the time just to keep afloat. We must start becoming more intelligent with our spending, as that constitutes freedom rooted in stability. Expect to find your back to the wall when you spend money carelessly. The economy will probably resume its course eventually, but I sense this crisis will change our consumer habits for the better.

Daniel Ortega Must (And Can) Be Stopped

The region, from the U.S. to Latin America, has the diplomatic, economic and legal leverage to en...

More than 20 people have been killed since demonstrations erupted against a government plan to ra...