Rather than ratchet up spending on America's already bloated military, the U.S. president should take a broader view of national security and help develop economies elsewhere.

BOGOTA — Can imperialism appear humanitarian? The short answer, as the United States has demonstrated time and again, starting in the period after World War I, is yes.

Then United States President Woodrow Wilson, the first to don this patronizing garb, displayed a self-righteous zeal as he preached to the world the "good news" of a better system: capitalism and liberal democracy, Anglo-Saxon style. The U.S. took it upon itself to sell this to the world as the only truth — a sure way to salvation. Later, in the heat of the Cold War and fueled by pervasive fears of the Soviet bear, this crusade took on even more momentum.

Traditionally this was more a Democratic than a Republican posture, as the Republicans generally espouse realism in foreign policy. That latter's best practitioners were President Richard Nixon and his secretary of state, Henry Kissinger.

Idealism seemed only to produce wars promoted by the U.S. itself, in Korea, Vietnam, Afghanistan and Iraq. They were costly in lives and treasure and produced military and political defeats, though not for America's own military-industrial complex. Almost three-quarters of a century ago, the complex was denounced by the outgoing President Dwight D. Eisenhower, a hero of World War II, the last 20th-century war the Americans won.

The fact of the matter is that U.S. military spending is unnecessary.

Were he still with us, Eisenhower might say similar things today given that the current U.S. administration, led by Joe Biden, is engaging in yet another arms race, the umpteenth in a century, this time to face down a supposed threat from China. Nevermind that the rhetoric doesn't match the reality.

The U.S. military budget is greater than those of the next 10 states put together. Talk of Chinese military might is therefore nonsense. The fact of the matter is that U.S. military spending is unnecessary.

It's encouraged, nevertheless, by an alliance of those same elements Eisenhower denounced, and supported by a stubborn belief in the United States that its bloated military budget produces periods of great prosperity. The theory is that in lean times, public (specifically military) spending can serve as a Keynesian demand engine and "activate" the economy. 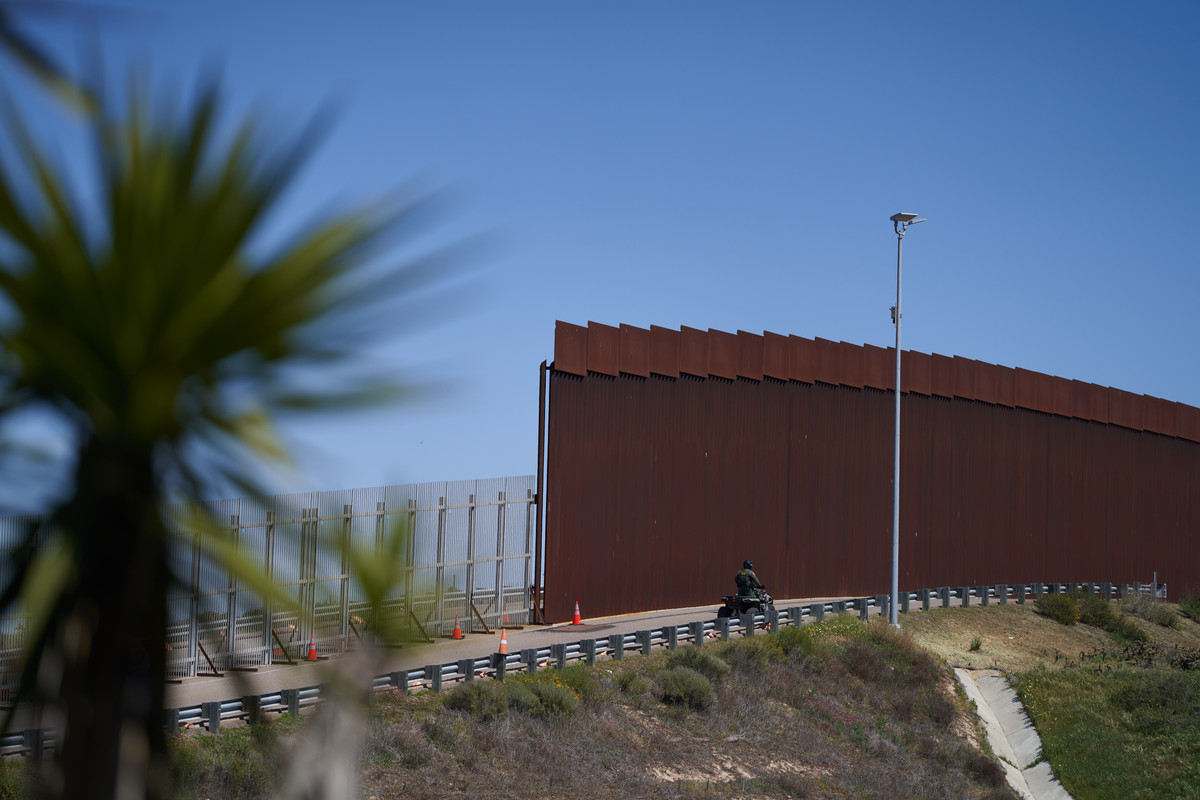 What all this ignores is that the principal challenges to U.S. security come from poverty across its southern frontier and in the Arab world. Poverty, migration and attendant conflicts are not resolved with walls or weaponry, but with a development strategy that is infinitely cheaper than an unnecessary, scandalous and immoral arms race. It is also a radical solution that addresses the roots of the crisis, unlike humanitarian actions of a palliative nature.

In this respect, President Biden is coming across as inconsistent and even weak. And in doing so, seems to be giving Trumpism in the United States free and abundant ammunition.

Like Andrés Manuel López Obrador, his counterpart in Mexico, Biden is envisaging an ambitious development program for migrant-emitting countries, namely El Salvador, Honduras and Guatemala. The idea is to help people in those places find the jobs and basic services they seek in vain in the U.S. Biden's hero, President Franklin D. Roosevelt (1933-1945), implemented the policy of rebuilding Europe and Japan after World War II so that their citizens could pick up their lives again and become prosperous customers of U.S. products.

To push forward on this policy, the new president will need to spend real money — sums that may seem extraordinary but are, in fact, just a fraction of the vast defense budget. Indeed, he should divert funds from the defense budget, all the more so because doing so it actually in the interest of national security. The money is there, in other words.

Such a program, once money is actually spent and its promises realized, would also confirm the administration's aura of solidarity and humanity. And it must be announced now, so people and officials in the migrant-producing countries realize that the problem is actually being addressed, once and for all. This would then give Biden a basis for reshaping U.S. migration policy so that it will no longer entice thousands to risk all in a bid to "jump the wall."

In our digital era, having a pretty face is more important than ever. We spend our workdays ...