In Tehran, getting ready for the June 18 presidential election - Morteza Nikoubazl/NurPhoto/ZUMA

By denying the right to moderate candidates for the upcoming presidential elections, the regime shows it has little interest in even a semblance of democracy.

The failure of reformist candidates to win vetting approval for Iran's 13th presidential elections slated for June 18 is dividing reformists, and pushing them further away from participating in Iran's politics.

Let's look at the positions some adopted after the list of approved presidential candidates was published. As on prior occasions in the country officially called the Islamic Republic of Iran, the shut-out moderate candidates insist they will never boycott the ballot box.

Hojjatoleslam Hasan Khomeini, a grandson of the late revolutionary leader Ayatollah Ruhollah Khomeini, makes a nice living from the public monies paid to maintain his grandfather's mausoleum (roughly 14 million euros a year). Khomeini challenged the approved candidates to "drop out of the race," out of decency! Yet he didn't even run — no doubt on the advice (instruction) of current Iran Supreme Leader Ali Khamenei.

Khomeini's grandson seems to have no idea about the regime's already dismal public standing when he warns as he did that such disqualifications will "harm the Republic" in Iran and "weaken the bases of the Islamic system's legitimacy and acceptability!"

Criticism of disqualifications are sharper than before.

Mohammad Khatami, who once headed a would-be reformist government and has played a key role in past years mobilizing voters, also warned the disqualifications would threaten "the Republic." Saying nothing about Khamenei's role, he chose instead to criticize the Guardian Council, the body that determines who is fit for public office.

A prominent association of reformist and leftist clerics, the Assembly of Qom Seminary Teachers declared that with the "extensive" disqualifications, "everybody knows" now the June elections will be a "lifeless formality."

While reformist criticisms of disqualifications are a little sharper in tone than before, these same people still fail to protest about the many problems ailing ordinary Iranians. They are concerned less with society's security and prosperity than with their own exclusion from the corridors of power. If one or two had been approved to run, they would once again have urged people to vote in another "formality" that had something in it for them.

Many reputed reformists, both inside Iran and abroad, continue to see their interests as entwined with those of the regime. Thus, instead of urging a boycott, they weepingly regret being robbed of a chance to "actively" take part. 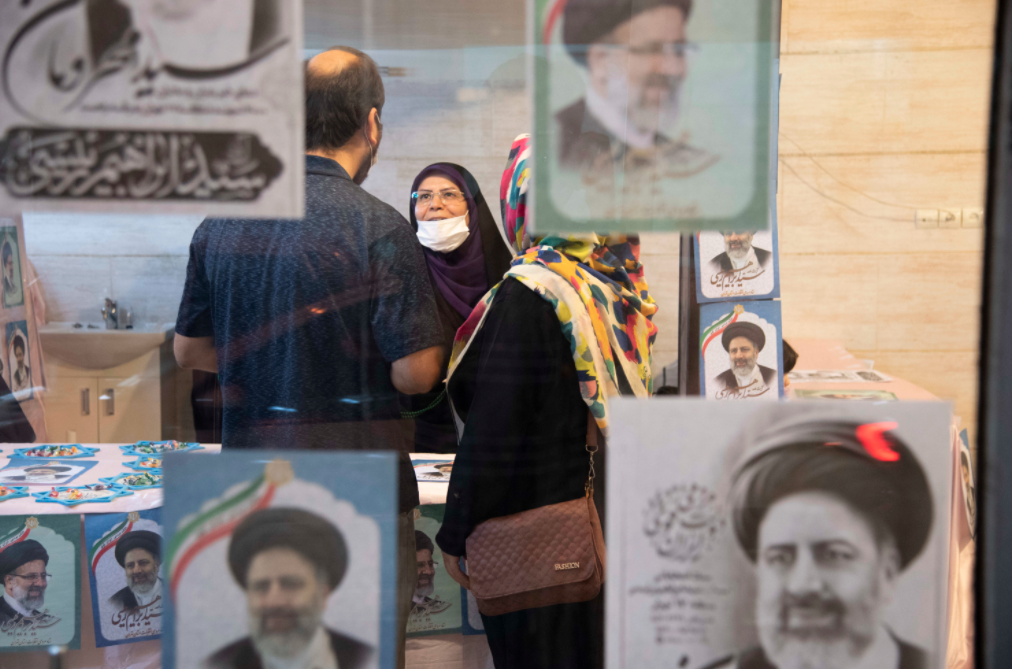 Most of them believe they have a duty to respect the regime's red lines. And like Foreign Minister Javad Zarif, they know that they're all in the same boat, that none will benefit from it sinking. That is why the supreme leader and his Guardian Council are not bothered by reformist objections and disqualified them without remorse.

Many analysts believe the disqualifications mean the regime no longer needs reformists to pull in votes, at least for now. And in any case, for many reformists the end of politics is not their expulsion from the revolutionary banquet. There will always be a job somewhere, to allow their "active" participation.

Iran's leaders may be more concerned with those who have consistently boycotted voting for decades and, in contrast with reformists, have widespread public support. Khamenei asked people, after his list was published, "not to listen to those urging us not to go to the polls." He too knows that restricting elections can play into the hands of people he's termed "seditionists."

So why and on which grounds did he permit the disqualifications? Did he imagine, as with the end of the Ahmadinejad presidencies, that any old president will do — seeing as they're nobodies anyway — to refuel the system? Indeed, some reformists now timidly suggesting the need for "change" may come in handy for that, perhaps some years down the line.

But today, it seems Khamenei and the Guardian Council decided that since Iranians were not going to vote en masse anyway, they might as well have a "quiet" election. As the deputy-speaker of parliament, the conservative Abdolreza Mesri says, "a massive turnout doesn't matter per se, and can even yield a bad election." It could, he says, "divert our attention to how many voted, not the election's goal."

There's little place for the phony spectacle of a preordained election.

The voters are of course worried about the economy. The Rouhani government had promised to fix the economy within 100 days of its election. Instead things just got worse, and millions of Iranians have slipped below the poverty or absolute poverty lines. The state itself has put inflation at 168% since 2018, when the United States reimposed sanctions on Iran. Many more Iranians are living in shanty-towns now than before the Rouhani presidencies and the middle class is fading.

Add to that: a pandemic, worsening pollution, drought, social disintegration and pervasive political corruption, which leave little place for the phony spectacle of a preordained election. There seems to be no remedy for Iran's myriad ills — but then, the regime fancies as it always has that even without Iran, an Islamic Republic can survive and thrive.

TEHRAN — An Iranian man who divorced his first wife over her "secretive" use of Instagram is ...