In Tehran on Oct. 10 - Morteza Nikoubazl/NurPhoto/ZUMA

The leaders of the Islamic Republic say the economy will soon improve. But the numbers — the result of sanctions but also decades of economic mismanagament — paint a far more dismal picture.

While Iranian officials trumpet the country's strength abroad, its economy continues to tailspin. And yet, rather than sound the alarm, Supreme Leader Ali Khamenei is sending a much different message. Sanctions on Iran, he recently said, will "make the economy truly resistant."

Khamenei acknowledged that people are living in difficult conditions but suggested that things will improve if "officials work day and night" and state management is "strong, comprehensive and untiring." Rather than look abroad, he added, Iran needs to focus on domestic production and stop being distracted "with the noises made by the louts controlling the American people."

The supreme leader is not the only official whose comments are unrelated to realities. Just one day after Khamenei's speech, President Hasan Rouhani said that Iran's economic conditions were better than Germany's. He also vowed that things will improve within months, despite his government's own negative numbers on exports and a worsening trade balance.

It's unclear right now which productive foundations or management skills could activate such improvements. Iran's vast oil revenues have been pumped into the economy for 40 years now, though not to boost production so much as to meet expenditures, pay for the regime's ideological goals or to be pocketed by cronies, insiders and so-called "saboteurs."

Four decades of corruption and mismanagement have destroyed economic foundations in industry, production, farming and trade. Add to these the impact of sanctions targeting the country's primary source of revenue (crude oil exports), and the result is that the Iranian leadership has nothing left to do but wait — for the United States presidential election on Nov. 3.

With rising inflation and despondent declarations by the head of the Central Bank, Abdolnaser Hemmati, it is not clear how Iran's top leaders can entertain prospects of boosting production and thwarting the U.S.

Hemmati visited Iraq recently for the first time in four months. The stated purpose was to release "startling sums" of Iranian money blocked in Iraq. The visit, however, proved fruitless. Repayment, he explained, has been hindered by "complicated banking issues between the two countries." 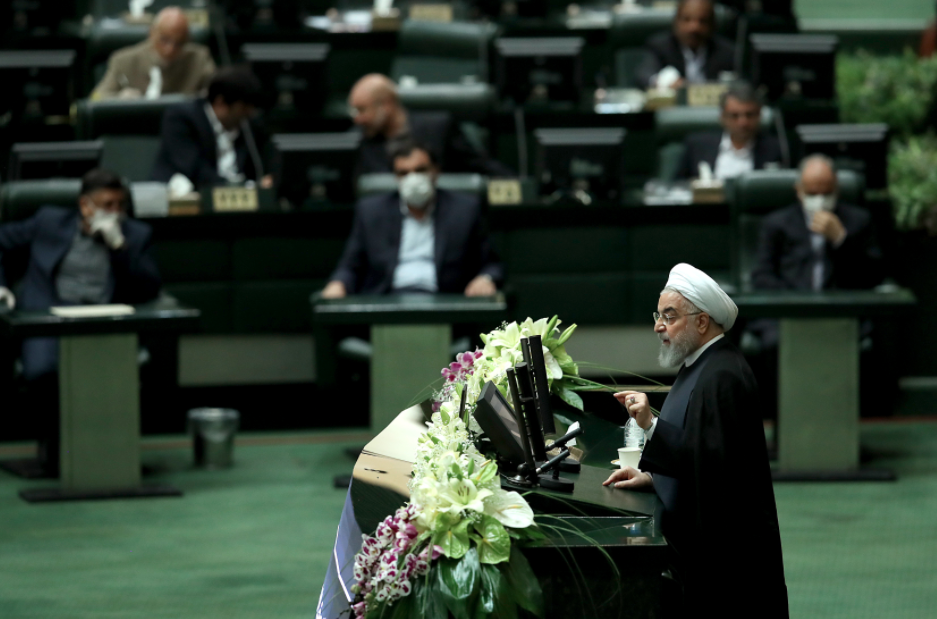 Iraqi officials later confirmed this and declared that Iran could use the money to import basic goods not subject to international sanctions, like food and medicines.

Foreign Minister Javad Zarif made his own cap-in-hand visit — in his case to China — to release blocked funds there. But the man the regime terms its "general of diplomacy" also returned with nothing more than vague promises.

Iran used to earn more than $100 billion in crude sales and a few billion dollars in non-oil exports. Now it is begging China and Iraq for a few billion. The blocked money is valued at around $40 billion, and Iran has been making lucrative concessions to these states. Even so, those governments hesitate to set up payment mechanisms.

The Tehran-based business paper Jahan-e San'at reports that China is blocking $20 billion in Iranian money, and that India ($7 billion), South Korea ($6 billion), Iraq ($2 billion) and Japan ($1.5 billion) are doing so as well. Iraq also owes the Islamic Republic money for gas and electricity purchases that are not being paid because of sanctions on Iran.

Iran used to earn more than $100 billion in crude sales. Now it is begging China and Iraq for a few billion.

Meanwhile, the government insists that it has been injecting $50 million a day into Iran's forex market to shore up the local currency, which has been steadily depreciating against the U.S. dollar. But specialists say the government is doing nothing of the sort with exchange rates.

Some believe Rouhani's economic team has effectively abandoned the economy in recent months, and with its coffers empty and elections on the horizon, implementing its own, extreme version of laissez-faire economics.

Ayatollah Khamenei likes, in turn, to present a rational and calculating picture of the state and its decision-making apparatus. And yet, this same state cannot control the price of staples like eggs. Production has been dormant for years, and sectors like farming and industry are effectively bankrupt.

The regime that vowed to make Iran into a "great power" has yet to bridge a yawning gap between its strategic and economic ambitions, on the one hand, and its productive capabilities and elementary management skills, on the other.

Welcome to Monday, where Iran's new leader has tough words for Joe Biden, Olympics athletes will ...