In Morocco, A Fake Gynecologist Exposed As Online Predator

Since the beginning of the year, a fake doctor has been offering free consultations to young women on Instagram order to solicit intimate photos or incite them to commit sexual acts.

Indeed, justice is not necessarily risk-free. Recently, a Court of Appeals in the northern city of Tetouan confirmed a lower court verdict of one month in prison and a fine of 500 dirhams ($136) for Hanaa, a young mother who was the victim of "pornographic revenge" on social networks.

Hanaa will not return to prison, but the court convicted her of "public indecency" and "sexual intercourse outside marriage" under Article 490 of the Moroccan penal code. However, the judge decided to extend the international search warrant against the person who filmed the video, who lives in the Netherlands.

He identifies the young women and approaches them directly via Instagram direct messaging.

In February 2021, Mehdi, who manages the No hchouma Instagram page, stumbled upon the account of a certain Youssef Benchekroun, a sex therapist in Marrakech with 4,638 followers, mostly between ages 16 and 25.

"At the time, this therapist offered free, interesting and credible content online. He had quite progressive positions, so I decided to follow him," recalled says Mehdi. "Then he changed his profile, introduced himself as a gynecologist, renamed himself ‘Dr. Benchekroun' and started making questionable, even conservative, comments: pointing out women's clothing that he considered too short or too tight. That made me cringe."

Mehdi's intuitions proved to be right: Several people contact him to raise the alarm about this mysterious gynecologist. On Instagram, the bio of the famous "doc Benchekroun" attracts an audience of teenagers and young adults in a society where these topics are not easily addressed in public and where consultations with specialists are expensive. "Most young people are affiliated with their parents' health insurance, so it's difficult for them to go see a doctor without their parents knowing about it," says Mehdi.

Benchekroun, who describes himself as a 38-year-old married man, suggests talking about "sexuality without taboos" and offers his services in the following areas: "sexual education, couple therapy, relaxation techniques and relevant advice."

It's all online and free. The "doc" promotes himself with Instagram stories, posts and polls where he asks users about their favorite sexual positions. He then identifies the young women who have participated and approaches them directly via Instagram direct messaging. Needless to say, all these practices are strictly forbidden by the code of physicians. Except that Dr. Youssef Benchekroun does not exist: No gynecologist bears his name in Morocco. 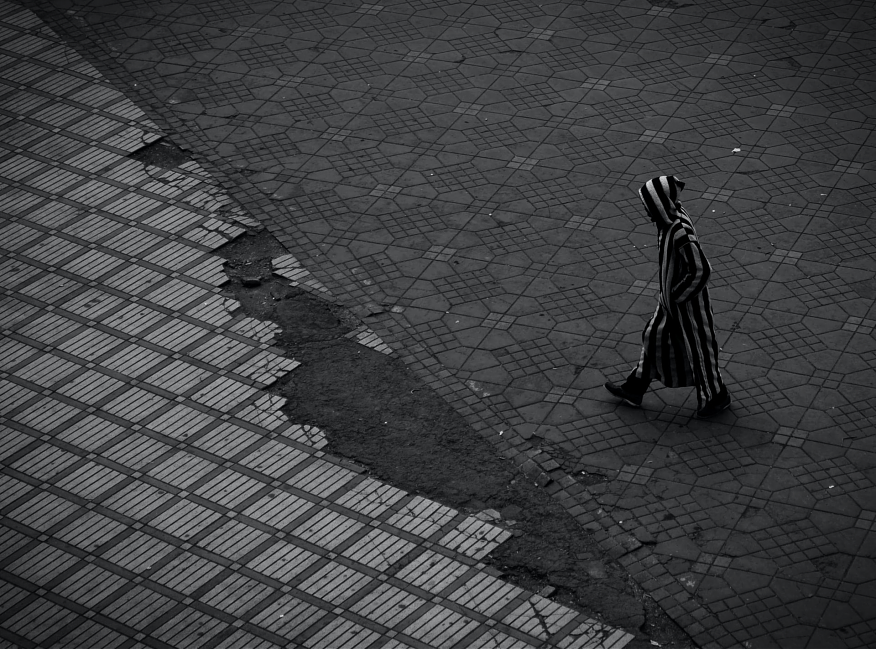 He contacted Chaïma* several times, asking her very intrusive questions and offering her "free consultations or operations." The young woman refused because she lives in Europe and already has a gynecologist. But there are also many young women in distress who kept talking Dr. Benchekroun.

This was the case for Rania*. At the time she contacted him, the young woman was having problems with her libido and her sexual experiences were not very fulfilling. She says she briefly explained her situation to him and he immediately suggested that she go on WhatsApp, to talk directly.

Another young girl fell into the trap and sent intimate photos, before revolting against the dubious practices of this fake doctor, who did not hesitate to threaten to share her photos and sexual experiences in public.

These are just some of testimonies directly collected by Jeune Afrique. The problem is that none of the victims dare to talk to their parents or file a complaint, especially since the famous Youssef Benchekroun is not identifiable. "Several victims still have his phone number, and there is surely an IP address behind his account, but to identify him, there must be a complaint and the police must open an investigation," says Mehdi. "The problem with this impostor is that he also knows how to go under the radar. For a few days he suspended his account because No hchouma denounced his practices, but like any good predator, I'm sure he will return."

The victims hope above all that this story will encourage the public prosecutor's office in Marrakech to take up the case and open an investigation. There is no shortage of evidence to convict the fake doctor, including screenshots where it is clear that this man is committing identity theft and illegally promoting his activities, a form of extortion on young women, sometimes minors. The hope is that it would be exactly like what happened in the Hanaa case in Tetouan, says Mehdi, "except that this time we would like it to be done in favor of the victims and not the other way around."

*Names have been changed to protect the women's identities

In Morocco, A New Movement To Legalize Sex Outside Marriage

Why Morocco Is So Much Faster Than Europe In Vaccination Race

The North African country was quick to react when COVID-19 first showed up and is now outpacing p...