At a hospital in Buenos Aires, Argentina - Xinhua/ZUMA

Even the region's top hospitals were caught off guard by the pandemic. However, some proved adept at adapting and are looking at ways to better prepare for the next big crisis.

SANTIAGO — The pandemic offered a painful reminder of why contingency plans matter.

In Latin America, it was a lesson learned the hard way. Yes, some hospitals were better prepared than others, and better able to cope, as a result, with the COVID-19 epidemic. Overall, though, the novel coronavirus came as a shock, and the damage has been transversal.

"There was no explaining how something so small could have had such a big impact on the country and in the world," says Rafael Cohen, chief administrator at the Pacífica Salud Hospital in Panama.

Clinics, hospitals and health centers in dozens of countries (the World Health Organization has placed six Latin American countries among the top 10 with most infections), reeled as the crisis demanded instant solutions and responses. Were they ready? For a pandemic of such lethal dimensions, probably not.

Juan Carlos Giraldo, director-general of the Colombian Association of Hospitals and Clinics, says that no health care system anywhere can really claim it was ready to face a problem "as big as the COVID-19 pandemic."

With its arrival, the first thing hospitals had to do was implement security protocols in a bid to stabilize the system and ensure ongoing attention for other medical needs. Each institution chose different strategies and recommendations, using new technologies and taking measures to protect staff and patients.

The Albert Einstein Israelite Hospital in São Paulo, Brazil is one example, and its head surgeon Sidney Klajner is proud of the institution's ability to juggle both the coronavirus crisis and everyday emergencies such as heart attacks and strokes. "The hospital remained a safe environment for adequately treating both COVID-19 and any other pathology," Klajner says.

In the case of Pacífica Salud, the hospital has reinforced strict "security and quality protocols," says Rafael Cohen. "As a result we didn't have to postpone procedures. Part of our strategy has been to use high-tech equipment and the latest communication and information systems, medical and cleaning teams and support and specialization from our staff."

The hospital is currently treating 200 to 250 patients a day.

But what about before the virus appeared? Were hospitals and health services prepared for a crisis of such proportions? Had they readied emergency protocols?

In the case of the Albert Einstein, preparations began as soon as the pandemic was in evidence in China. Klajner says the hospital acted fast "structurally but also in terms of the assistance it gave based on science, following the advice of national and international health agencies." The hospital received its first case on Feb. 25, and was thus a pioneer in Brazil.

No health care system can really claim it was ready to face a problem as big as the COVID-19 pandemic.

Klajner says the hospital was clear it would continue standard treatments in addition to dealing with the virus. Measures were taken to minimize contagion risks, including placing thermographic cameras at all entrances to detect anyone entering with a temperature. Albert Einstein also created a separate ward for suspected coronavirus cases.

In Buenos Aires, the Hospital Italiano had a coherent framework for dealing with different problems. "It can deal with internal and external emergencies, but also outbreaks," says Hernán Michelangelo, head of the facility's quality department. "In that sense it has a model for its work, with a crisis committee and respective action plans stratified in phases, distribution of roles and respective responsibilities in each of those."

Still, mistakes were inevitable, given the unprecedented situation. Cohen in Panama admits that initially it was difficult to organize, find approved medicines and personal protection gear and acquire enough coronavirus tests. "It became complicated in the state of emergency as the state took over all these areas," he says.

The challenge for the Ricardo Palma Clinic in Peru was to find specialist doctors and nurses. Health chief Jaime Moya says that many had to withdraw as they were themselves considered members of the at-risk population or went to work for state-sector hospitals, which offered exceptional wages for the duration of the pandemic. The San Isidro-based clinic also suffered from infections among its specialist staff.

In Colombia, the situation has improved considerably, according to Juan Carlos Giraldo. The hospital association representative says that the country's health care facilities began to respond very soon after the virus started spreading.

The first step was to undertake a massive updating of relevant knowhow among health care workers, before hospitals began reassigning staff and revamping attention procedures. The third phase, he says, was to analyze available capacities and see how much of this space could be allocated to the pandemic. The process of adapting to the crisis, Giraldo says, "has been an intense preparation and we've been efficient at it," with hospitals managing to lower occupancy rates in emergency wards or intensive care units over two to three months.

Beside treatments, hospitals have also joined in research efforts to eliminate or control the new coronavirus. One of them is the Albert Einstein Hospital, now a member of Brazil's COVID-19 Committee, which includes six institutions investigating the best options in fighting the disease. 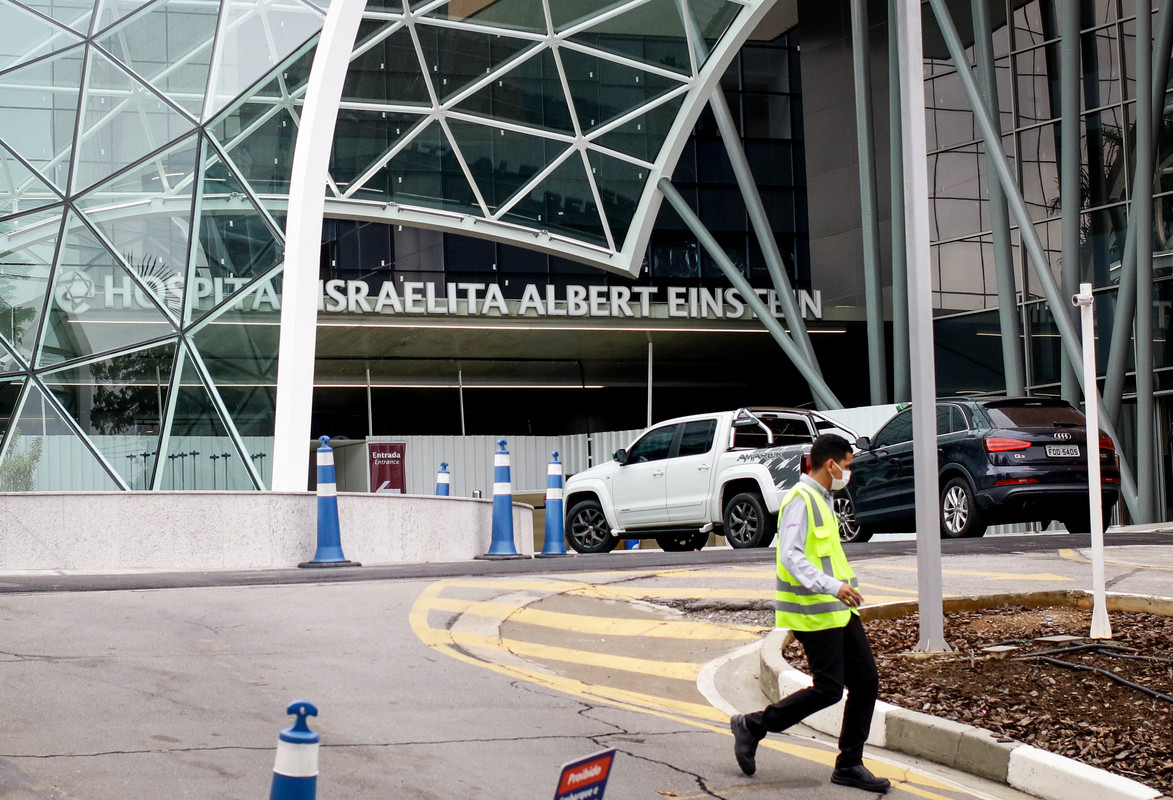 Klajner says that both Albert Einstein and the Sírio-Libanêsospital, also in São Paulo, began research in April on the use of blood plasma to treat 60 patients, following approval by CONEP, the country's research ethics oversight body. "The first phase has concluded successfully," says Klajner.

In May, the institution developed the world's first genetic test to detect the virus without false positive results. The hospital is also one of 12 organizations chosen to test China's CoronaVac vaccine.

The Hospital Italiano has also used convalescent plasma as a tool to treat certain infectious diseases for which there were no medicines. CEO Michelangelo explains that this involves analyzing the blood of recovered patients to find "the presence of antibodies that neutralize the virus." If antibody levels are high "we take out the plasma," he says. "We are doing an investigation protocol with this (PLASM AR), which analyzes plasma's utility in the infected population."

After months of involvement, medical institutions now have a minimum level of experience to reevaluate the situation and steadily improve their practices to reestablish "normality." They have been considering issues like the utility of new technologies or participating in research, areas that needed reinforcement or methods of boosting patient and staff safety.

Klajner says the initial process of adaptation is "exhausting." But it's also "an opportunity to seek out creativity, innovation and science and fairly quick responses to face a virus spreading at an impressive pace," he explains. "We turned what could be a problem into a stimulus to help us focus on research and developing solutions."

It challenged paradigms and shook up structures.

He says the pandemic has taught health care systems that they must focus even more on the intelligent use of technology, reducing waste and on providing more humane attention and disease prevention. "The strongest trend is to take health to the patient's home and create more decentralized service points," Klajner says.

The medical director of the Hospital Privado de Córdoba in Argentina, Ricardo Pieckenstainer, says the pandemic has been a milestone in medical attention. "Not just for the economic costs involved but for its impact on patients' behavior," he says.

Pieckenstainer believes that insufficient medical attention due to the first period of lockdown led to a spike in deaths compared to 2019. He also says that remote medicine, once considered a trend, "is taking its place on the menu of all medical institutions in all its forms."

Giraldo, in Colombia, calls the pandemic a "time machine" that has hastened the arrival of medical "alternatives that were going to be implemented in five, 10 or 15 years' time." He says it highlighted the importance of such practices as walk-in medical care, home care and remote consultations.

"It challenged paradigms and shook up structures," he says. "Health systems in our countries are not going to be the same. We're going to have to reformulate to face down this challenge, which is called COVID-19 today but will be called something else in a few years' time. So we must come out of this convinced that we cannot function the same way."

In sum, the pandemic exposed the need for deep reforms. "Systems need to be more effective at solving problems, simpler and designed to face such enormous external shocks," Giraldo explains.