The Ancient Art Of Debt Relief, A Brief History

Debt is as old as history - Lawrence OP

Owing, it would seem, is a part of the human experience, and not just in modern times ... and so is debt forgiveness.

Debt is as old as history. When humans began to invent writing and thus emerge from prehistory, some 5,000 years ago, they quickly used it to keep track of loans, with their outstanding amounts, their rules and ... their cancellations. The oldest known legal text in the world, the Code of Hammurabi, engraved nearly 4,000 years ago and still visible in the Louvre Museum, states that "the creditor may not take barley from the debtor's house without his consent."

One of the books of the Bible, Deuteronomy, written around the 7th century B.C., advocates the cancellation of debts every seven years. Half a millennium later, the famous Rosetta Stone was not only engraved with the list — in three languages — of the tax breaks Ptolemy V granted to the priests; it also recounts the cancellation of debts and the liberation of slaves under the command of the Pharaoh.

But debt was long a private matter. According to Earl Hamilton, one of the pioneers of economic history after World War II, public debt is "one of the few economic phenomena that does not have roots in the ancient world." If governments got involved, it was only to avoid a revolution.

Debt was born in the lean season, that time of year before the new harvest when farmers have nothing left to eat. To survive, they borrowed. And when the debt became too big of a burden, they paid it back with what they had left: their labor force, becoming slaves to their creditor.

In societies that were more agrarian than warlike, debt was the first source of slavery, much more than capture. And when slaves became too numerous, the threat of social explosion arose. Consequently, it was up to the sovereign to decide on a jubilee that canceled private debts, as Solon did in Athens in 594 B.C.

At that time, rulers were already having money problems, mostly related to wars. But they found other means besides the accumulation of debt to settle them. The rulers of Greek cities would sometimes go and draw from the treasures of the sanctuaries, even if it meant insisting that the citizens bring new offerings, and eventually return the money later.

Debt was long a private matter.

It was already too much. Having become indebted to the coastal city of Ephesus, Rome capped the city's loans to what could be repaid within a year. In the five centuries ending just before the birth of Christ, the Roman Republic borrowed only twice, without interest. In China, the central government was content with advances from merchants and the creation of money.

For a long time, debt remained associated with an individual. The money raised by the first Roman emperor, Augustus, to finance his great urban planning works was, according to the historian Jean-Yves Grenier, "on the border between private and state borrowing." This is a perilous limit, as the Greek historian Herodotus, writing about the Pharaoh Cheops (or Khufu, as he's also known), recounted in the 5th century B.C.

"Having exhausted his resources with the construction of a pyramid, [Cheops] became infamous for prostituting his own daughter in a place of debauchery, ordering her to earn as much as she could," Herodotus wrote.

For a debt to be truly public, says Jean-Yves Grenier, "it must not appear as personal, i.e. as the commitment of a person, whether a prince or a king, but rather of the community as a whole, whether it is a city or a state." This shift took place in the Middle Ages. The historian Alain Boureau distinguishes an early example of a loan taken out in the name of a community in the English monastery of Evesham, at the very beginning of the 13th century.

"The monk Thomas of Malborough succeeded in convincing his fellow brothers that it was possible and necessary to contract a large debt in order to finance the costs of a lawsuit against the neighboring bishop of Worcester," Boureau writes. "He showed them that the loan was possible, for the convent was, as it were, immortal."

The story had a happy ending: The lawsuit was won and the loan repaid. This is an exception. 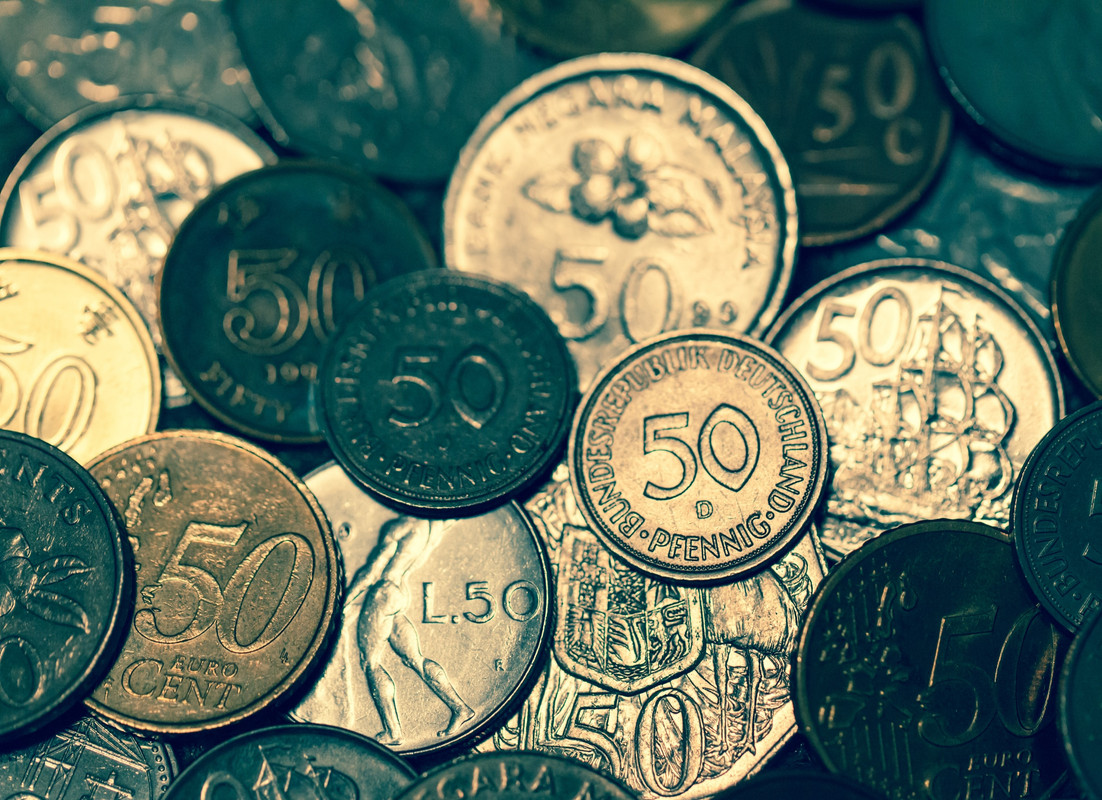 Soon Florence, Venice and Genoa started borrowing. The Italian cities had rich merchants, who began to develop financial techniques to circulate their money while limiting risks. They were also reluctant to tax their citizens to finance ruinous conflicts. In 1427, Florence recorded tax revenues of 281,319 florins ... for a debt service of 281,501 florins! Hence a popular saying of the time: "Either the debt will defeat Florence, or Florence will defeat the debt."

Things changed as war became more and more expensive. It was no longer enough to mobilize knights armed with swords to go into battle. You also needed gunpowder from China, fortresses to resist cannonballs and an army of professional soldiers. In other words, rulers had to spend fortunes. And since they didn't have it, they had to borrow it ... and then rarely pay it back, except in the case of successful looting after a military victory. As Michel Lutfalla, an economist with a keen interest in financial history, wrote, "the norm in the very long term was the non-repayment of public debt."

All the major European kingdoms were unable to honor their financial commitments at one time or another. In the 14th century, the great English king Edward III caused the bankruptcy of the major Italian banks by not repaying the money borrowed to finance the beginnings of what would later be called the Hundred Years' War. France, however, showed a remarkable ability in this matter. As Revolution-era economist Jean-Baptiste Say taught in his 19th-century course: "In previous centuries, the ability to default on the prince's commitments seemed to be part of the sovereign rights."

Kings have used all or almost all means not to pay back, but to at least lower the load to a bearable level. The history of French public debt begins with the first major loan taken out by King Louis IX in the 13th century. But it did not last long. His grandson, Philip IV, also known as Philip the Fair (Philippe le Bel in French) cut gold and silver from coins to pay off the debt with a depreciated currency. He earned the nickname of "the counterfeiting king." Other sovereigns simply changed the value of the coins. When the treasury repaid in 20 denarii coins, these coins were counted at 25 denarii.

The financial credibility of the kings continued to weaken as money was increasingly lacking.

When he was desperate, King Philip IV also used other techniques. He expelled the Lombard bankers who could no longer claim their dues and persecuted the Jews and the Templars. At a time when the rule of law did not yet exist, creditors who were too insistent risked being ejected from the country, thrown into prison or even executed.

His successors deployed other, less violent means, but exerted a deafening pressure on their creditors, who dragged along a detestable reputation as usurers or agitators for all eternity. On behalf of King Henry IV, Maximilien de Béthune, the Duke of Sully, imposed interest rate cuts on outstanding debts. French statesman Jean-Baptsiste Colbert would do the same for Louis XIV. He wanted to curb indebtedness: "If loans have no limits, neither will taxes." He failed.

The kings of France were also fond of privatization. Of course, they didn't have companies to sell, but they did have rights to future taxes. Francis I launched the first perpetual loan in 1522, via the City Hall of Paris, which had a better financial reputation than the Royal Palace. He combined it with another form of loan by selling public spending that would later bring in income for their buyers. These included the collection of taxes on the Parisian market for forked-footed cattle and wine debited in the Grève district. This sale of offices lasted until the Revolution.

Great silversmiths punished the clergy. Others created shock absorbing funds that ultimately did not provide much of a cushion. At the beginning of the 18th century, the Scotsman John Law convinced the regent of Louis XV to let him try an experiment: He created a bank that reduced the public debt because creditors could subscribe to its capital by contributing their government securities. And he issued notes pledged on the future resources of Louisiana and the other French colonies. But Law printed three times as many notes as planned, and the system collapsed.

The financial credibility of the kings continued to weaken as money was increasingly lacking. It was in England that the system tipped over in the second half of the 17th century, thanks to a political crisis. Called upon in 1689 to become king in place of James II, who had fled to France, his son-in-law William of Orange, had a small defect: He was governor of the Netherlands. To make it forget, he accepted the "Bill of Rights." Now freely elected, Parliament seized the fiscal power that James II had clung to. Thus began a financial revolution that would expand British power. If Parliament could tax, it could also borrow. The debt passed from the king to the nation.

And the British nation needed a lot of money. It had to rebuild a pitiful military fleet that was humiliated by the French in the battle of Beachy Head in 1690. The government could not borrow 1.2 million pounds at 8% interest. A private institution was created under the control of Parliament to raise the money on behalf of the state... in 12 days. This is the Bank of England. Formally created by the Acts of Union of 1707, Great Britain has since honored its commitments and its Parliament has become an example copied around the world. Modern democracy was born to control public debt.