Indian wartime experience not only contributed to making the country and her institutions what they are today but offers lessons that still have significant validity.

NEW DELHI — The 80th anniversary of the start of World War II fell on September 1. And next year we will mark the 75th anniversary of the end of the War. Both are occasions for lengthy recognition and commemorative events across the world. Most countries treat this global war, and their involvement in it, as defining episodes in their history and identity. India does not — as of yet.

World War II was unequivocally the most pivotal global event in 20th-century history. Its political, economic and social consequences are still being played out today. The formation of the United Nations, and the grant of permanent Security Council membership to five countries, the victors of that war, make up one set of such consequences.

Another consequence, perhaps unintended, was Indian independence — which the War undoubtedly hastened. Decolonization was not a given at the beginning of the conflict. British Prime Minister Winston Churchill actually saw the preservation of Empire as a war aim. It was U.S. President Franklin Roosevelt who persuaded Churchill to commit to the agreement known as the Atlantic Charter — the terms of which effectively made it impossible for Britain to return to its imperial status quo after the war — and thereby triggered the global wave of 20th-century decolonizations, starting with Indian independence.

Yet, India's consciousness of the War remains intermittent. It is one of the best-documented conflicts in world history, but India's involvement has only recently begun to be studied in depth. And when acknowledged at all, the focus tends to be on Indian soldiers. The war also involved Indian airmen and sailors, in smaller numbers, but effectively transformed the Indian Air Force and Navy even more than the Army. Indian Air Force personnel served in the skies over England and France in the early years of the War, and also in the Middle East and North Africa. Indian naval personnel served in the Mediterranean, the Middle East and Southeast Asia. 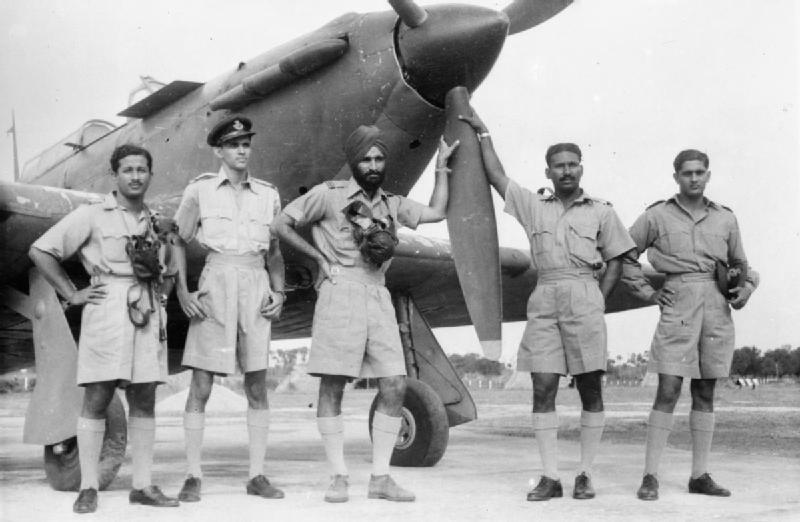 In India, meanwhile, there were massive training, airfield-construction and port-development efforts, which completely transformed the dockyards of Bombay, Calcutta, Cochin and Trincomalee — which was, in fact, the primary dockyard for the Madras presidency — and took the number of airfields in the country from less than a dozen at the start of the war to over 200. Most airports in India today are legacies of that effort.

The war also gave a huge fillip to India's economy, industrialization and employment. By the end of the War, India had — incredibly — spent more on it than Britain. On independence, Britain owed India a considerable "sterling debt". For the first decade of independence, India financed all her imports from Britain through this balance.

Recognition of Indian contribution has expanded in the last few years, prompted partly by commemorations and publications around the centenary years of World War I. But many of them remain Western-oriented in historiography and represent Indian and other colonial participants as hapless victims of imperially-blinkered generals or incompetent government.

There is an incredibly rich vein of World War II stories in India.

Again, the reality is more nuanced. Indians participated in the war for a variety of reasons — sometimes out of economic compulsion. But war service actually opened up opportunities for professional growth and social advancement, both for the then still-tiny Indian middle-class as well as for marginalized groups. And in the multi-layered complexities of that time, despite the Congress's non-cooperation through most of the war, many Indian political leaders of the time — up to and including the Mahatma — discreetly encouraged Indian individuals to participate for a variety of reasons, both short-term political gains as well as for long-term nation-building. "Their aim," defense analyst Shashank Joshi observes, "was not to wind up India's pre-eminence … but to inherit it."

Like all wars, World War II was full of tragedies, but wars also provide a great many fascinating stories. There were conflict, drama and courage on display, every step of the way. Courage was needed not only to face enemy action but also to go to war with obsolete equipment against capable enemies — and indeed, to overcome imperial prejudice. There is an incredibly rich vein of World War II stories in India, which could be mined by Indian historians, novelists and even the Indian film industry. 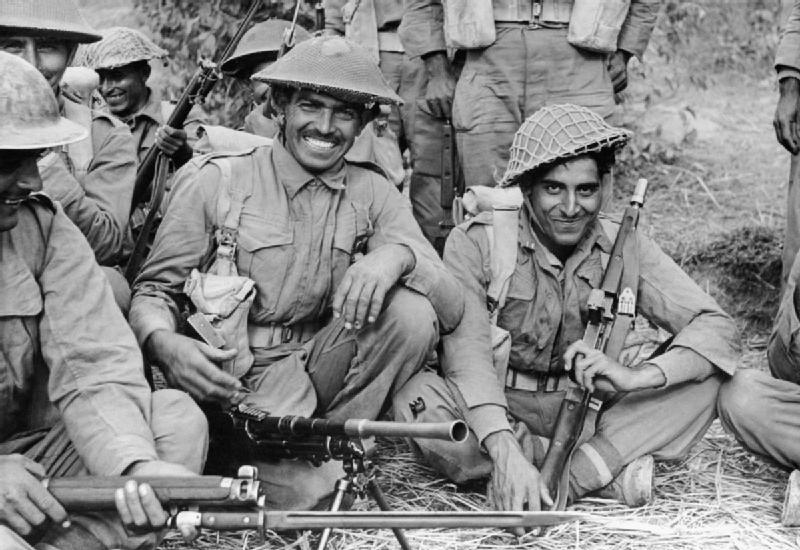 The Indian film and entertainment industry actively supported the war effort, and outside official view, there were some unscripted romances between dashing young military personnel and glamorous figures from the film industry. There are also connections to the Indian cricket world, although Indian cricketers did not have the celebrity status then which they enjoy now.

How India dealt with all those challenges should be of enduring interest.

Indian wartime experience not only contributed to making the country and her institutions what they are today but offers lessons that still have significant validity. Social issues the world faces today are recognizably similar to some from that era — including identity issues and discrimination. Many of the Indian armed forces' contemporary military challenges had counterparts then: long-running, mostly unrecognized fighting of a unique kind; terrorism (or at least suicide attack); inappropriate technology for local conditions — they were all issues in 1939 as much as they are in 2019.

On top of everything else, that was a period of utter ruination of rural economies in India, partly because of the diversion of food to the war effort. How India dealt with all those challenges should be of enduring interest.

K.S. Nair is the author of some 60 articles on the Indian armed forces, featured in Indian and overseas publications and online. His second book, The Forgotten Few: The Indian Air Force in World War II is due for publication by Harper Collins India at the end of September.