London generously opened its doors to Hong Kongers fleeing Xi Jinping's regime, which stands in strong contrast with the closed-minded attitudes driving Brexit. Where does it power lie now?

When the British voted "yes" on the Brexit referendum four years ago, it was a resounding way of saying "no." Not just to the European Union, but to all the migrants — including the famous Polish plumber — who were "invading" their enchanted island and allegedly endangering their identity. By June 2016, many British citizens of Asian or African origin, all members of the Old Empire, had joined the Brexit camp, as if it made them feel more British. Their sense of belonging to the Commonwealth had a tangible cultural context, while the idea of Europe remained an abstraction.

Will the summer of 2020 see a dramatic turnaround in the relationship of the British to the Other? Pro-Brexiters certainly don't want to return to the EU, but, encouraged by their government, they're showing an astounding readiness to welcome over three million Hongkongers eligible for British citizenship.

How do we explain this apparent paradox? Why selfishly close the borders to foreigners yesterday yet generously open up today?

The difference in treatment between Eastern and Central Europeans as compared to Asians is clearly not a product of geography. Could it be explained by political history? For Great Britain, the "mother of democracies," is it a question of ensuring the protection of a former colony accustomed to freedom of the press and judicial independence? Or is it about welcoming an educated population with strong economic potential? The inclusivity of Hongkongers, be it a generous or selfish act, is part a carefully chosen immigration policy which seems designed to provoke China. Beijing's reaction was immediate and virulent: "Who do you think you are? We're in the 21st century: You are no longer anything, and we are everything. We are no longer in the same category!"

That's where Britain's problem lies. It's true that, since Brexit, the island may have regained a freedom that allows it to make post-coronavirus internal adjustments as it sees fit. But these freedoms come at the price of losing international credibility and legitimacy. The economic and political trajectory of world does not, to say the least, favor Britain's choice to "sail away." 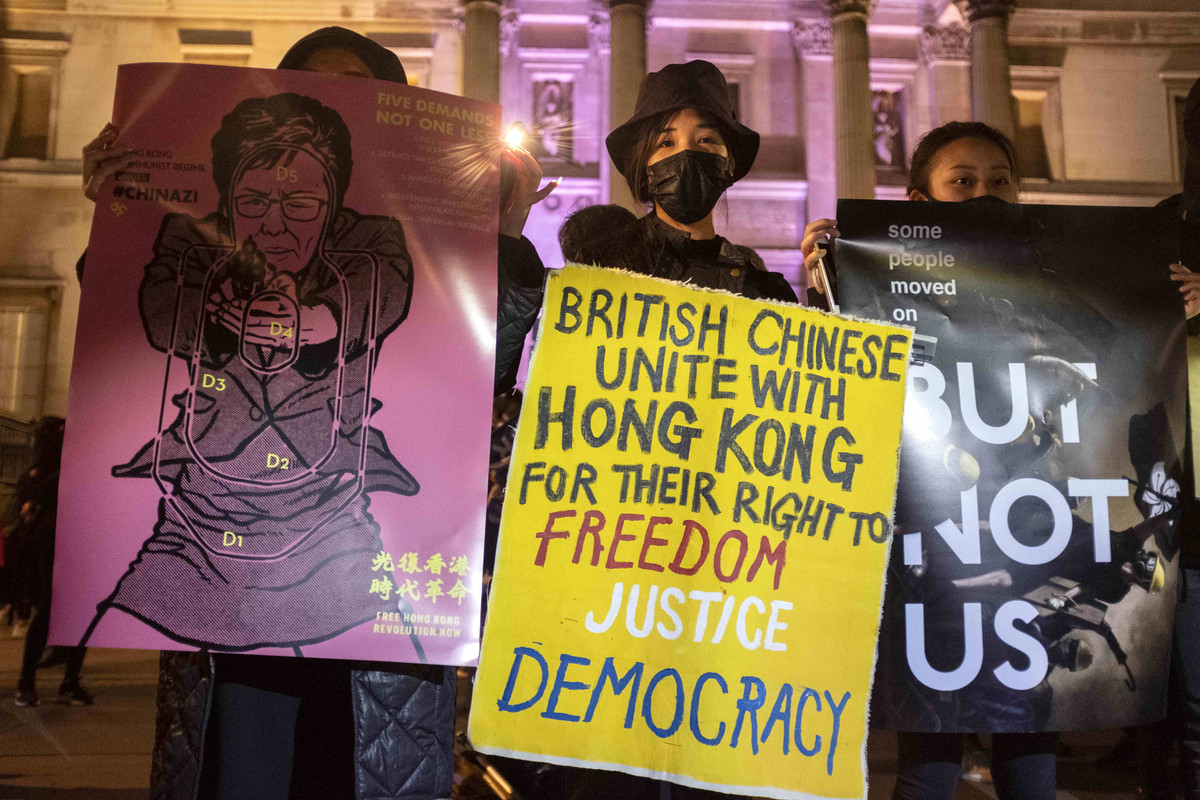 In a highly competitive world where a Cold War logic of economic "blocs" is being reconstituted before our eyes, is it reasonable for the British to find themselves even more alone against the Chinese? Right when the UK wanted to demonstrate its ability to become a global power in its own right between Asia and the West, free from the constraints of the EU, it finds itself in a worrying state of isolation between an increasingly aggressive China and an America with dwindling stability. What good is Brexit's ideal of freedom if, in reality, it means choosing solitude at the worst possible moment? As Chris Patten, the last governor of Hong Kong, recently remarked, Britain is now "only a middle power." Against China, the UK simply does not have any clout — especially not in terms of trade.

Only from within the EU — an economic player capable of throwing its weight around — could the UK claim to play on an (almost) equal footing with China. In today's balance of power, London's outstretched hand to the citizens of Hong Kong paradoxically demonstrates a quality traditionally associated not with the British, but the French: panache. Unless, of course, the offer is just empty words. How many Hong Kong citizens will be able to choose the freedom and rule of law that the British have successfully instilled in them over time? Beijing believes itself to be in a position of strength and wishes to demonstrate its power far beyond Britain. China's real end goal is to dissuade the outside world from questioning treaties, and plow ahead with the tactic of "strongest man wins."

The EU isn't necessarily showing courage or an iron will when it comes to Hong Kong's relations with China. Instead, it's as if Europe is following "collaborationist instincts," refusing to be fully aware of China's new reality. Just as COVID-19 shined a light on the state of the world, Beijing's treatment of Hong Kong is an insight into understanding China.

In a recent Financial Times article, the former head of MI6 (the British secret service), Sir John Sawers called on Britain to ban Huawei from participating in the 5G network; The use of Chinese telecoms equipment could pose a serious security risk. He concluded that facing China with determination has become the only choice.

When it comes to the Chinese threat, Britain has combined the courage of welcoming Hong Kong citizens with the calculated analysis of its best experts. The paradox is that, having left the EU, it finds itself somewhat alone in making the right move. How can we be "right" about China when we are "wrong" about Europe? It is not the few thousand (or tens of thousands) Hongkongers that may eventually arrive in Britain who will restore the balance of this equation.

*Dominique Moisi is a special adviser at the Montaigne Institute.

Iranian authorities have proven themselves amenable to online pressure. But to effect lasting cha...