With The Amazon At Stake, Biden And Bolsonaro Eye Green Deal

Would an agreement with the Americans make the Bolsonaro government change course?

RIO DE JANEIRO — Imagine for a moment that the United States declares that it's signed a major environmental agreement with the Brazilian government, as President Joe Biden has recently declared is a top priority. Imagine the U.S. government promises to pay if there is a reduction in deforestation in the Amazon this year. It would be a "carrot" for the government of President Jair Bolsonaro to act around the protection of forests, in addition to the "sticks" that he faces in the form of reduced business and investment. It could be the long-awaited deal that changes the course of Brazil's climate and environmental agenda.

But a "green" agreement without sensible conditions and dialogue could just serve as an early award to a Brazilian government that has so far shown no intention of changing the policies in question — which serve its political base.

If Bolsonaro's government wanted to act on the environment, there would already be no shortage of money. Germany and Norway donated the 2.9 billion reais ($534 million) to the Amazon Fund, but the money remains frozen at the Brazilian Development Bank (BNDES). Why? In April 2019, Bolsonaro issued a Presidential Decree that undid the so-called Amazon Fund Guidance Committee – the governing body that involved civil society, regional governments and federal bodies.

To be clear, there is also no shortage of goals to meet. For example, Brazil was required by federal law to reduce carbon emissions by between 36.1% and 38.9% — by 2020. We are late.

There would be no shortage of money, but it remains frozen at the Brazilian Development Bank.

The fact that the Brazilian government didn't comply with these goals doesn't mean that it can simply abandon them. The Brazilian Supreme Court has already received an action for noncompliance, and one of its demands is that the reduction of deforestation in the Amazon be achieved in 2021. 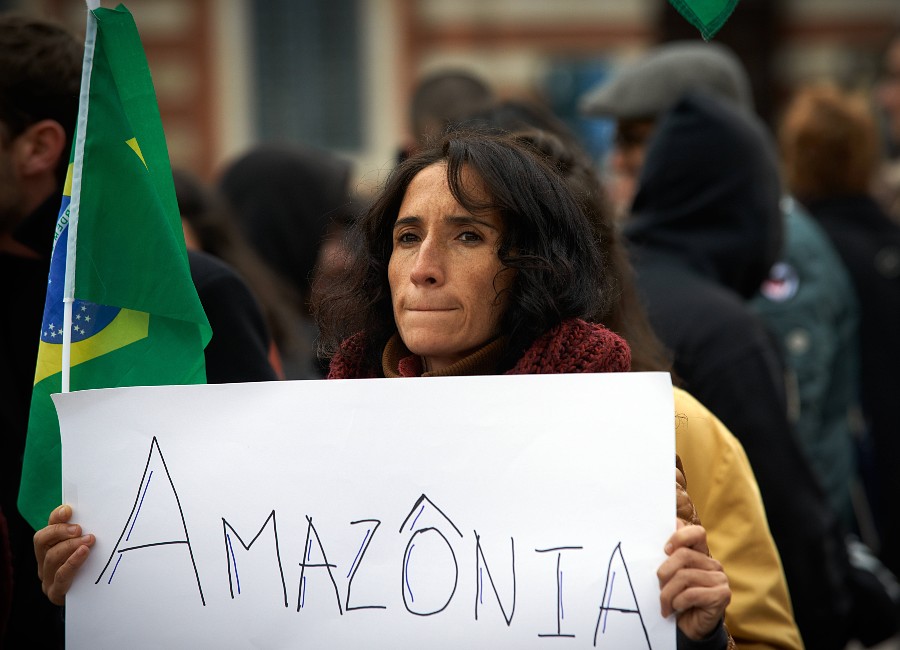 Brazil's federal government has goals to fulfill; it would have the resources to reach them; and a lot of work to do. Why look for cooperation with the US government then? For one, it provides an obvious smokescreen to divert attention. Another hypothesis is that they might set a looser goal.

Any cooperation mechanism involving forests and climate change should be subject to transparent and participatory governance, such as the Amazon Fund committee that the Presidential Decree disbanded in 2019. At minimum, any governing body would have to ensure that the rights of indigenous peoples are respected and that the widely reported violations cease. But Bolsonaro never dared to sit at the table with the leaders of the indigenous movements to negotiate.

Bolsonaro and Salles have to be seen as part of the problem, not the solution.

Would an agreement with the Americans make the Bolsonaro government change course? If Environment Minister Ricardo Salles, who is in charge of the negotiations, really wants to preserve this agreement, here are some tips for how to win back the confidence of both Brazilians and Americans:

• The ruling on fines for environmental infractions is on hold. It is in the hands of the Environment Ministry to revoke the decree and other normative acts that generated this situation.

• Remote inspection operations, cheap and effective, have been discontinued — how about resuming them?

• The export control rules for timber have been weakened, yet another area to be quickly revised.

There are signs of a merger of the two main federal environmental agencies — Ibama and Instituto Chico Mendes — generating serious uncertainties about the future of environmental policy. Would he be ready to stop it? Besides, signs of law changes that could benefit those who promote recent deforestation remain strong. The Bolsonaro government would have to make a public commitment to no longer support illegal land grabbers, loggers and miners.

Would Bolsonaro and Salles be willing to face this brief list of immediate changes? I, for one, don't think so. And therefore, the two politicians have to be seen as part of the problem, not the solution.

Brazil should improve its climate goals and reestablish its environmental management system to get rid of its present pariah status in the world. It is more important than that: It can ensure global warming slows down.

But a "green" agreement between Brazil and the United States, if it comes out without concrete commitments, would do justice to the famous phrase by de Tomasi di Lampedusa, in The Leopard: "Everything needs to change so that everything can stay the same."

ABOUT THE SOURCE
All rights reserved © Worldcrunch - in partnership with ÉPOCA