With the sudden departure of Brazil's top generals, Jair Bolsonaro's government may be weakened. But it may also be setting up the ultimate showdown for the country's democracy ahead of next year's election.

In the last few days, as Brazil's COVID-19 daily death toll reached new heights — with 3,950 on Wednesday — President Jair Bolsonaro sacked his defense minister. Then, after a reportedly tense meeting, the heads of the Brazilian army, navy and air force resigned out of disagreements with the president, who swiftly replaced them with more loyal officials.

The sackings are yet to be fully explained, but the Brazilian press speculated that Bolsonaro tried to involve the military apparatus in an "authoritarian project."

In the Brazilian press, most commentators took the mass firings (a first in Brazilian history) as a sign of weakness of the dictatorship-apologist, Trump-loving president. "Bolsonaro has long tried to turn the armed forces into militias at his service," wrote the Estado de São Paulo. 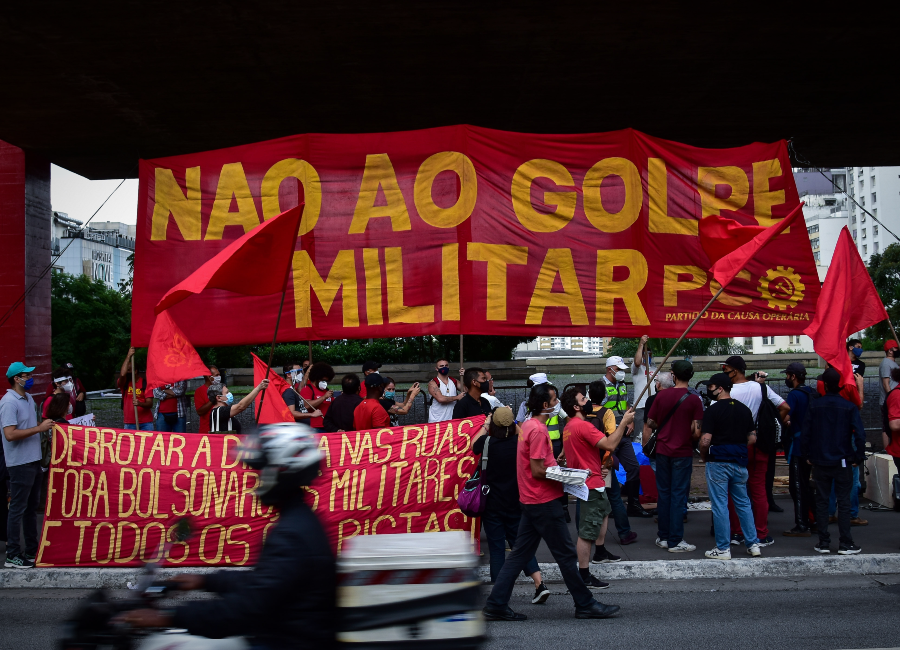 It's true that as a former army officer himself, the 66-year-old president has stuffed his cabinet with generals, defended the legacy of the military dictatorship in the country, including its use of torture, and threatened coups several times. And yet, the latest news showed that large sections of the military do not support him. "Obviously, the officials chose the Constitution," the Sao Paulo daily said.

But this take may be optimistic. Just last month, a court allowed Bolsonaro's nemesis, the former left-leaning president Lula, to run in Brazil's next election in 2022, where he would be Bolsonaro's main opponent.

Many in Brazil believe Lula to be the favorite — and yet doubt that Bolsonaro would concede. Instead, as Donald Trump did in the U.S., he might challenge the election results and rally his supporters against Brazilian institutions.

It's early to tell if all this will come true. But if Brazil does go through a "Capitol Hill moment" next year — with president loyals now in charge of the army — Bolsonaro might succeed where Trump failed.