A top prosecutor in Sicily informed the UN in a recent report that so-called "phantom landings" — vessels that reach the island undetected — are on the rise.

AGRIGENTO — Together with the island of Lampedusa, Agrigento, a city and province on Sicily's Southern coast, is where the bulk of Mediterranean migrants have arrived in the past year.

Some are rescued in the middle of the sea en route from Libya and brought to Agrigento by NGOs and military ships. Others come from Tunisia on wooden boats: These are the so-called "autonomous landings," which can refer to vessels making it to port on their own, or those that are "hooked" and reeled in by either the Coast Guard or anti-smuggling ships from Italy's Financial Crimes division.

Then there are the "phantom landings," where vessels arrive on the beaches unchecked and the migrants — presumably with the help of criminal organizations — vanish without a trace.

For years now, the largest percentage of migrants landing on Italian coasts have been Tunisian. The Interior Ministry recorded 5,181 such individuals in 2018. So far this year, the numbers are down: 1,758 as of Sept. 20. But as Agrigento district attorney Salvatore Vella warns, the data on Tunisian migrants doesn't take into account the people who evade controls.

"There are now more migrants landing autonomously than those leaving from Libya and being recovered at sea," he explains.

Vella, who shares the top prosecutorial position with Luigi Pattronaggio, heads a number of sensitive investigations into migrant ships and trafficking, giving him a privileged vantage point from which to analyze the migration phenomenon. He says the phantom landings missing from official statistics stretch back to the summer of 2017, lasting throughout all the different governments since then. That being said, the summer of 2019 brought something new.

"We're delving into a new phenomenon," says Vella, who presented the UN with a report on migrant trafficking this month. "On the boats landing autonomously we're starting to see not only Tunisians but also sub-Saharan Africans."

"While understanding what's going on is always tough," he adds, "we think it's the result of new migration routes that are no longer passing through Libya but through Tunisia, because the sea crossing from there is shorter, less risky, and can be done with small boats."

Vella's statements confirm a well-known fact: Human traffickers adapt their business methods as conditions fluctuate. If previously it was more profitable to buy inflatable dinghies over the Internet from Asian countries (for between $500 and $2,000 — the crossing price for one or two migrants), it's possible that traffickers are now opting again for wooden boats. 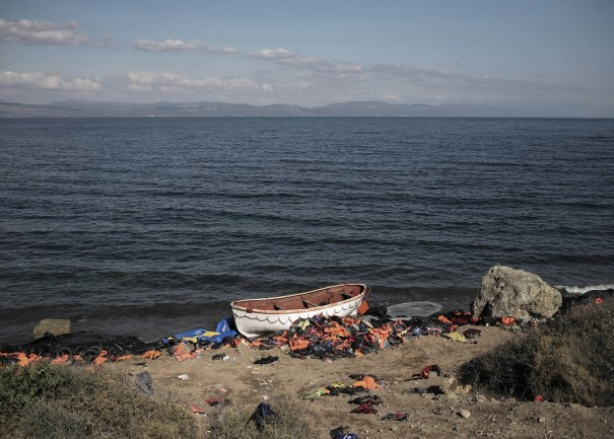 The reason is twofold: military ships no longer rescue at sea, and almost all ships owned by NGOs are sequestered in the ports of Sicily and Malta.

A classic method is to use "motherships" — old fishing vessels manned by five or six expert smugglers — followed by a smaller attached boat onto which some 60 or 70 migrants are transferred as Italian territorial waters draw near. At this point, two of the smugglers are given instructions to lead the small boat to shore while the remaining smugglers launch a retreat on the precious mothership without any fear of arrest.

"But today's autonomous and phantom landings don't seem to be tied to motherships," Vella notes. "We're now dealing with isolated little vessels that hold a few dozen people who make the 14 to 16-hour crossing from Tunisia alone."

The fight against smugglers must take place 'on the mainland, not at sea'.

In his report to the UN, the prosecutor termed this type of crossing "business class travel," because of how relatively quickly the trips are made. He explains that the crossings are organized by Tunisians or Egyptians, with landings on the Sicilian coast that are "far from residential areas and roads."

"The continually changing methods of trafficking organizations requires a corresponding change in enforcement strategies employed by police," Vella argues. The fight against smugglers must take place "on the mainland, not at sea," he says. "Naval blockades are difficult to implement and of little use⁠ — traffickers never stay on our side of the Mediterranean, where we can only catch 'small fish.'"

In his report, Vella also recommends creating a common database between countries of departure and arrival, introducing liaison officers with countries of departure, and exchanging information between states and NGOs to determine "if they are organizations that are really trying to saving migrants, or if they have illegal agreements with traffickers."

Top Milan Welfare Official: "No Rush" To Vaccinate Those Over 80

For Leitizia Moratti, head of welfare policy in the Lombardy region and former Milan Mayor, it wa...