On The Hypocrisy And Empty Slogans Of "American Democracy"

A Demonstrator in front of the U.S. Capitol - Karzen Kit/Abaca via ZUMA Press

A motley crew barging into the U.S. Capitol can hardly be considered to be an attack on democracy in a country where capitalism has already systematically squeezed the rights of common folk.

BOGOTÁ — The assault on the United States Capitol by a horde of President Trump supporters revealed some of the deep-seated, internal contradictions of imperialism and the divisions that exist inside its elites, corporations and power poles. It was a crisis that illustrates the Chilean economist Manfred Max-Neef's characterization of the United States as "a country on the road to underdevelopment".

We should look beyond political events to consider, first and foremost, that in the rich tapestry of U.S. history, the one thing that wasn't actually abundant was democracy, despite painting a rosy picture of all the fantasies. What is democratic about a country dominated by a bipartisan system that excludes other political options? What is so democratic about racial exclusion, discrimination against migrants, and the repeated suppression of workers' rights in modern history, be they white, black or any other color?

The U.S. power system is oligarchical. It is designed for interest groups to determine and forge laws, regardless of who is currently in the White House. The present context is a boxing ring that pits in one corner at big-money interests intent on dominating the domestic market unchallenged, currently represented by Trump, against the global power elites that want to keep expanding outwards in the other corner. Either side can dress as a Democrat or Republican at any given time. It's not the issue.

The 'Trumpist' side is well-trained in chauvinistic rabble-rousing, fueling xenophobia and spouting white supremacist, Nazi-style 'trash-talk.' Clearly, they are not only eyeing the domestic market but scheming to make gains abroad, as they maintain a similar, overbearing relationship with other countries. Colombia is a fine example of a pseudo-colony that continues to prostrate itself before America's instructions.

The U.S. doesn't look like one of the ‘banana republics' it liked to set up elsewhere, but a country showing every symptom of backwardness

The other side, the party of multinationals (which Noam Chomsky believes are the human institutions closest to the totalitarian vision) looks out to see how it can take over other markets, gobble up the world's natural resources and crush the workforce at home and abroad.

Both sides follow the same doctrine they have imposed over 40 years to enrich a privileged minority and impoverish millions, in the United States and abroad.

Inside the United States, there is a fight going on between the powerful elites. And the collision shows both sides manipulating each other's cannon-fodder. The sacrificed pawns are the masses that can be tamed, frightened, distracted with pleasures or alienated with screens and other contraptions. And, crucially, they can be induced to serve one side or the other. 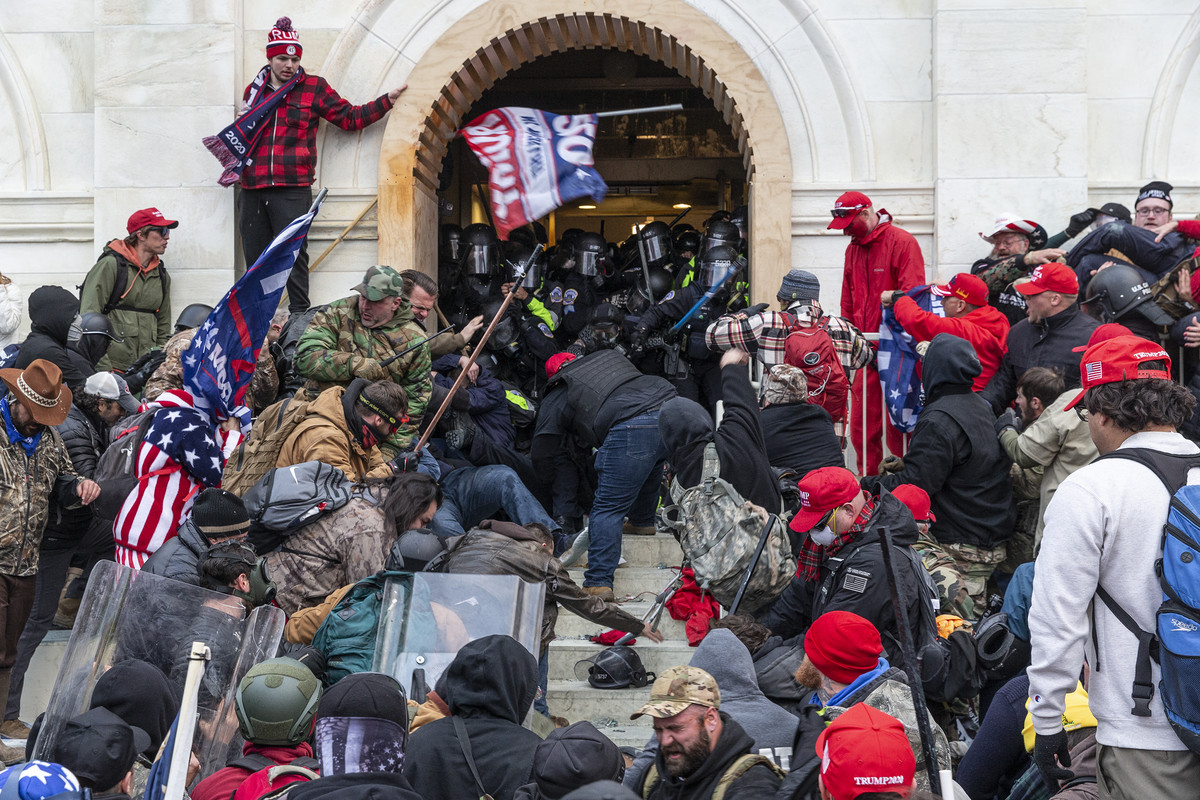 Behind the curtain, we have the giant corporations that quietly run things while people only see the Democrats and Republicans running for office. Who is in charge if not IT, global chains, big drug firms, armies, corporations and banks? You have their bosses, the owners of firms like Twitter, Facebook and Amazon, and magnates like Bill Gates, the Rockefellers and their ilk, and you have their representatives — people like Trump and his successor, President-elect Joe Biden.

So U.S. democracy does not live up to its name, nor has it in the past, despite its constitutional amendments and loud slogans defending freedom. It has left that freedom in tatters every time it invaded a country, launched an airstrike or violated the sovereign rights of other nations. It cannot call itself a democracy because of its enduring racism, the blatant crushing of Native Americans, the oppression of women's rights, and the persecution of workers (like those protesters killed in the Haymarket Affair in 1886).

The U.S. power system is designed for interest groups to determine and forge laws, regardless of who is in the White House

What kind of democracy will massacre its own workers, or persecute artists or personalities with dissenting political views as happened in the ghastly McCarthy years? What kind of democracy will kill leaders like Malcolm X and Martin Luther King, or have a president say, as the gun-slinging Theodore Roosevelt did, that "in strict confidence... I should welcome any war, for I think this country needs one." Howard Zinn relates this slight on democracy in his People's History of the United States.

The Jan. 6 attack on the Capitol by Trump's white supremacist and neo-nazi sympathizers showed the desperation of elite fighting for internal power. There has even been talk of another secession, showing the extent of the ‘empire's' degradation.

Today, the United States doesn't look like one of the ‘banana republics' it liked to set up elsewhere, but a country showing every symptom of backwardness.