At the U.S.-Mexico border in Ciudad Juarez - Joel Angel Juarez/ZUMA

The U.S. president has little regard for the rules of trade and diplomacy, as evidenced by the extortion tactics he just pulled off with Mexico.

SANTIAGO — Donald Trump declared across the internet that starting June 10 he'd impose a 5% tariff on goods imported from Mexico if its southern neighbor didn't block passage through its territory of Central American migrants heading for the United States. The rate of the tariff would continue to increase, Trump added, until the problem of illegal immigration is resolved.

This was extortion, and it worked.

Mexico promised to boost security on its southern border, sending 6,000 troops from the recently created National Guard to 11 districts in the state of Chiapas, north of Guatemala. It has also agreed to keep migrants seeking asylum in the United States — at its own expense, and for however long the application process lasts.

The two countries agreed to review the efficacy of these actions within 90 days. But while Trump announced a suspension of tariffs on June 8, his administration is letting it be known that he could still make good on the threat if the United States is not satisfied with Mexico's migratory controls.

This was Trump's personal overhaul of legal guarantees, stable rules, free trade and all those terms economists and diplomats have been uttering repeatedly to defend trade and treaty-making. Trump knows how to play with fear. He did it when campaigning, to weaken rivals and win over voters. 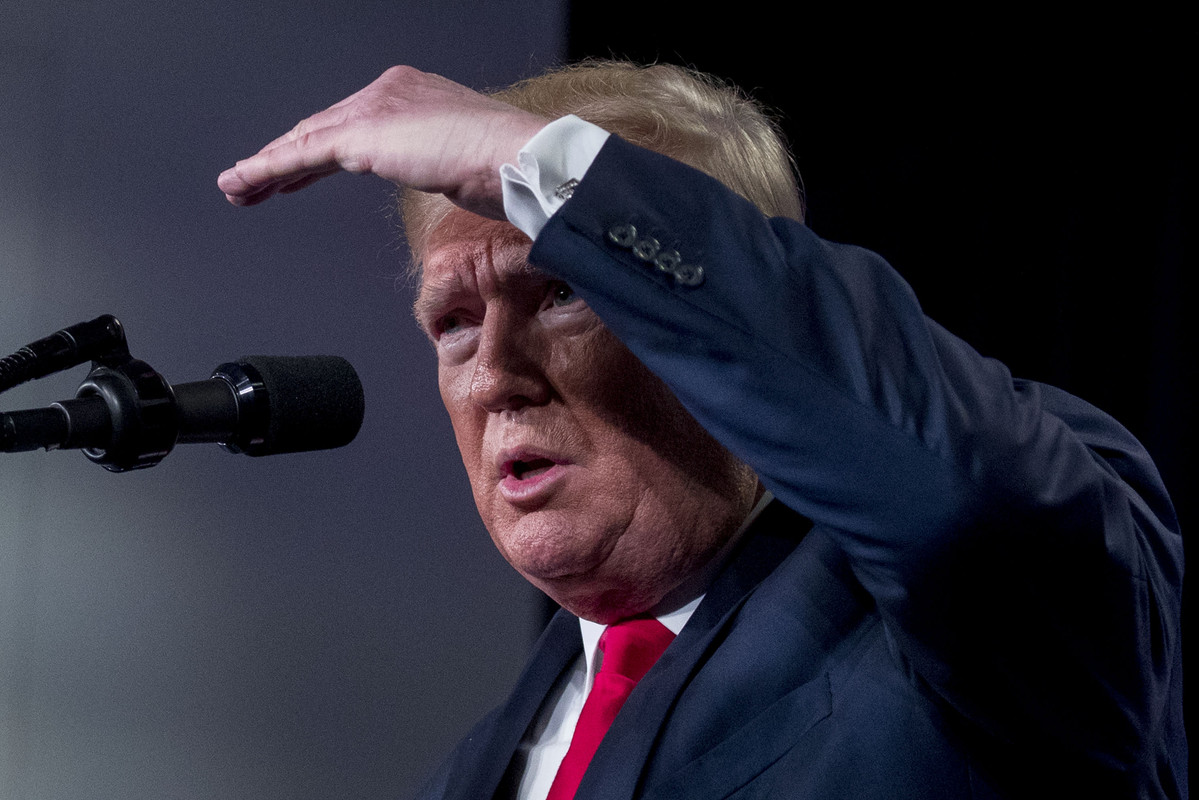 "Trump knows how to play with fear" — Photo: Andrew Harrer/ZUMA

Mexico, for its part, has long suffered because of its proximity to the United States. But now, with Trump — and his public insults, militarized border and tariff threats (following those imposed months ago for steel and aluminum) — things are even worse.

In the case of China, the tariff talk serves an economic purpose. But with Mexico, it has a purely political objective. It's about Trump scoring a victory in his "southern border" war, where he sought but failed to build a wall because Congress withheld the necessary funds. This means the president is not shifting onto Mexico the costs and responsibility for keeping immigrants arriving from Central America.

Fear is the "real power," Trump told the journalist Bob Woodward. And with the help of advisor Steve Bannon, Trump put that power to work in his campaign. He told supporters that joblessness was the fault of firms moving to China. He blamed violence on Mexicans and Muslims. The U.S. economy is suffering, he said, because of bad treaties.

He convinced his voters that bad Democratic policies were causing Americans to lose jobs, and he alone had the guts to stand up to the country's enemies. Interestingly, he invoked national security in the recent spat with Mexico, and said he would use the International Emergency Economic Powers Act to renege on obligations within NAFTA — even though Mexico is an ally, not an enemy of the United States.

Trump has unnerved both Mexican and U.S. business sectors, not to mention the broader international community. Simply put, he's broken the rules of the game, the same ones over which U.S. officials and economists harangue the rest of the world.

He's ignoring the role his country played in the region's chronic underdevelopment.

In Mexico, opposition politicians have questioned their government's handling of the situation. This was no "negotiation but a surrender," said Ángel Ávila Romero of the leftist Democratic Revolution Party. The head of the conservative National Action Party, Marko Cortés, said it harmed Mexican sovereignty and dignity.

In its defense, though, there was little else the Mexican government, under President Andrés Manuel López Obrador, could do given the country's current economic difficulties and dependence on the United States. The economy is expected to grow barely 2% this year, investment is stagnant, and public debt has approached the limits warned about by international agencies. Making good on a tariffs threat would affect the 80% of Mexican exports that go to the United States.

The threat, of course, is not just for Mexico. It's something that dangles like a metaphorical sword over all of Latin America, threatening regional trade and undermining the authority of multilateral organs like the WTO. Also, by putting the migration problem on Mexico's shoulders, Trump is ignoring the role his country played in the chronic underdevelopment of Central America that is the reason so many people leave.

Throughout the 20th century, the United States toppled democratic governments and backed military regimes in that region to boost its political and economic goals. This meant decades of abuse and violence that impeded regional development and nurtured Central America's present chaos. The United States is party responsible, therefore, for people moving to seek better lives. And yet, the Trump administration is opting to end its aid programs to Central America, putting even more of the cost of migration onto Mexico.

Trump is infecting our region with uncertainty. Today it is Mexico, but the next attack could target any country in the Caribbean, Central America or South America. Silence won't do. It's time for the region to stand up and say something.