Annalena Baerbock: Germany's Greens Are Grown Up — And Dangerous

The Green party is in a very strong position as the campaign begins to succeed Angela Merkel. Their environmental ideals mask an illiberal intolerance for their opponents.

BERLIN — The Greens are on a roll: In Annalena Baerbock they have nominated a strong candidate for the German chancellorship. Their campaign looks modern and sophisticated. But take a peek behind the scenes and you'll find intolerance and fantasies about the redistribution of wealth — and their political opponents now need to lay that bare.

The Greens have grown up. They've been trying for a while, but now they've finally done it. They announced their candidate this week for German chancellor in a calm, professional manner, and are presenting themselves as the more conservative option among the parties contesting the chancellorship.

In Baerbock, they have chosen a confident, unflappable candidate who will also appeal to the middle ground, to those who don't traditionally vote Green. Their campaign, which is swimming in money thanks to their recent results and sizeable donations, has hit the ground running. Its first stage was slick and professional, with both candidates looking picture-perfect thanks to Photoshopping and Instagram filters.

She has a conventional family life and yet she is Green through and through.

A former elite trampoline gymnast, Baerbock has two daughters and is married to a PR manager. She has a conventional family life and yet she is Green through and through.

Thanks to climate activists setting the agenda in street protests and editorials, she will also have to run a very green election campaign. Of course, her polished appearance and friendly, approachable manner will help make the Greens' anti-growth policies and their calls for redistribution of wealth and bans a little more palatable to the wider public.

The Greens have taken the Free Democratic Party's 2017 campaign and translated it into the realm of morality. It's a credit to the party's general secretary Michael Kellner and of course to the runner-up for the candidacy, Robert Habeck, who showed real strength of character and old-fashioned decency at the announcement on Monday. 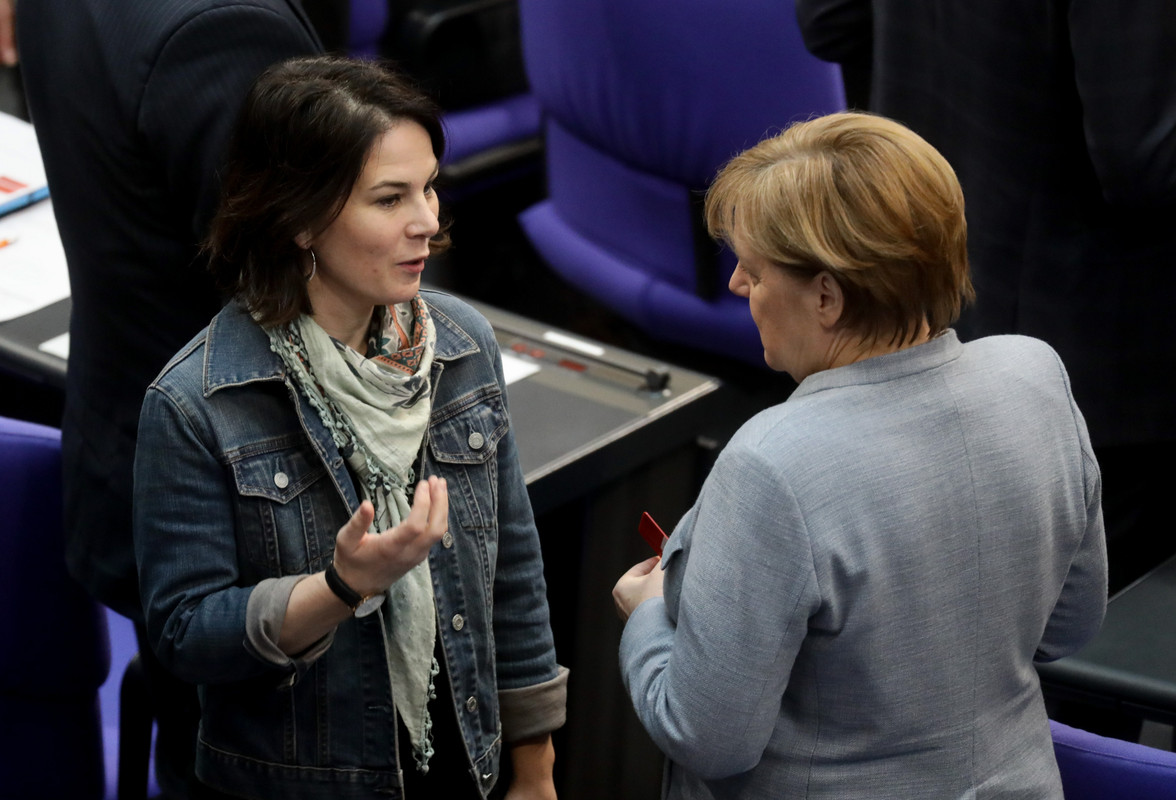 The other parties should take note. The Social Democratic Party has already sealed its fate, ensuring it will only play the role of junior partner in a possible coalition, and will not pose a real threat to the Greens' campaign. The Free Democratic Party is in a stronger position, while the Left Party only trusts its unimpeachable figurehead Sahra Wagenknecht. As for the union between the Christian Democrats and Christian Socialists, where sparks are still flying over whether to choose Armin Laschet or Markus Söder as their candidate, they already have the Greens in their sights.

The Greens' friendly face hides deep divisions that are tolerated and even encouraged. At the Berlin rent cap protests, Greens marched alongside people waving banners with hammers and sickles, violent protestors and members of anti-constitutional groups. Now more than ever, those who formerly identified as alternative are distancing themselves from the far left. They are waging culture wars with a vengeance, playing into the bias of the public-service media perfectly.

The Greens are the opposite of a liberal party.

The Greens are the opposite of a liberal party: they are a mouthpiece for people who take refuge in the civil service or publicly funded institutes designed to hold up their own lifestyle as an ideal for the rest of society. It's an intolerant, humorless scene, where morals are always more important than freedom or reason. Only supporters of the right-wing Alternative for Germany are more narrow-minded than Green voters: self-driven opportunists who strictly divide their world into good and evil.

The Greens' marketing is perfect, and their candidate for chancellor fits into it well. Their competitors must now find a way to unmask the party's attempt to play both sides — from Antifa to the Federation of German Industries — and all its contradictions.