TORROX COSTA — The Reiss family is looking on as, slowly but steadily, their neighborhood empties. For three years now, Szilvia and Michael Reiss have lived in a terraced house in Torrox Costa, a largely German populated enclave on the Spanish Costa del Sol. But now they are facing a cruel reality. "Only about 10% of our neighbors are coming back," says Szilvia Reiss.

Since July, Spain has been one of the countries where infection rates have risen sharply, and the German Foreign Office is warning citizens against traveling to the country. This means many German emigrants are cut off from their second homes. Coronavirus and its consequences could spell the end for the German community on the Costa del Sol.

But a closer look finds that it's not only about the virus. For a while now, the dream of retiring to the Spanish sunshine has been wearing thin among Germans.

Torrox looks like it's come straight out of a holiday catalogue from the 1980s. Its old town is a maze of white houses and narrow alleys, with geraniums blooming in window boxes, and the sun shines 320 days a year. You can buy schnitzel and sausages at the German butcher's, where you'll probably bump into a nice family from Bremerhaven.

Like many Germans, the Reisses came here for health reasons. Sixty-year-old Michael Reiss has two genetic conditions, and his doctor recommended that he move to Spain. That was back in 2017, when Michael and his 40-year-old wife didn't know Andalusia at all. Now they live in Torrox for most of the year and only occasionally return to their home in Gräfenhausen, in the central state of Hessen.

Around 140,000 Germans are residents in Spain. Most don't spend the whole year there, only the winter. In the summer, when the weather is hot in the Costa, they prefer to stay in Germany. This seasonal migration has become a way of life that has supported the Spanish coastal towns for many years.

The Costa del Sol was one of the first destinations in Spain that German holidaymakers flocked to in large numbers. In the 1950s, the rich and famous partied in Marbella with Kaiser Wilhelm's descendants. Later, the construction boom made the Costa the place to be for package holidays – and for middle-class couples looking to enjoy retirement in the sun. The Spanish call them ‘los residentes alemanes': residents, not to be confused with tourists.

The residents' children want a different kind of holiday.

In 1975, the first new German residents arrived in Torrox. They were mostly older couples from northern Germany, who wanted a holiday home in Spain rather than one on the North Sea coast. And they didn't need a huge pension to buy a little property in Torrox.

Andalusia welcomed the new arrivals and allowed large swathes of its coast to be overrun with concrete. That's how the picturesque town of Torrox, with 15,000 residents, gained a parallel community of more than 3,000 Germans, who brought with them shanty choirs and an Oktoberfest that mayor Oscar Medina proudly says is "the largest in southern Europe."

The residents' German culture is very important to them, and they place great value on the financial security of owning property. But now, as decades have passed, they are dying out, and their culture is dying with them.

Christof Meyer is responsible for overseeing burials of the German ex-pats. More and more often, the pastor for the German evangelical parish in the Costa del Sol finds himself sitting in an apartment with the children of the deceased, who have traveled from Germany. The script is always the same. They say, "It's nice that our parents had a few good years here. But we'll sell the place now."

The residents' children want a different kind of holiday. They want to go on treks and dive in Shark Bay. They don't want to come to Spain every year and stay in a terraced house with cream tiles. The next generation of holidaymakers rent a finca up in the mountains or old townhouses on Airbnb, and they eat local mussels rather than the cakes they can get back home. 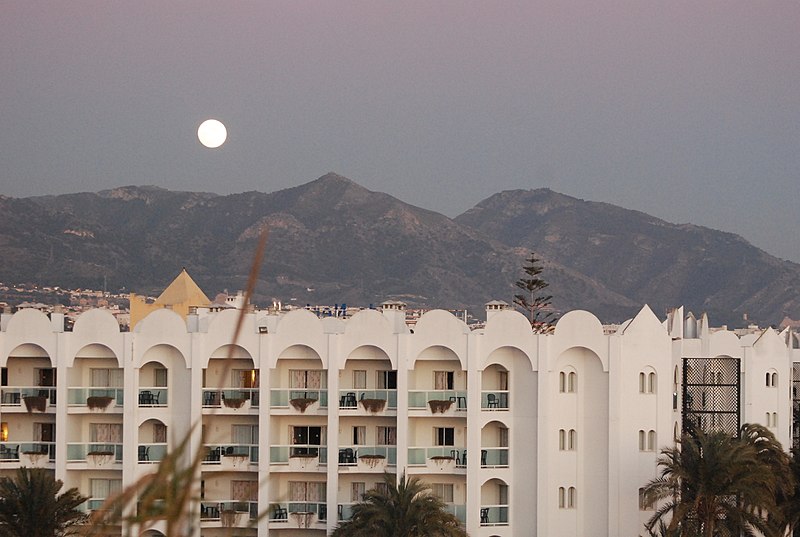 So a little piece of Germany on Spanish soil is slowly dying. In the area around Malaga, there are now 7,000 fewer Germans than in 2012. On the Balearic Islands, including Mallorca, there used to be some 40,000 Germans. Now the numbers have halved.

Christof Meyer used to be a pastor in Stuttgart. His Spanish parish includes three churches, in Malaga, Marbella and Torrox, and is almost entirely made up of German residents. "Many Germans have lived here for 15 years and still hardly speak any Spanish," he says. He is the one to step in when the dream of a never-ending holiday collides with reality.

But now the Church is also closing up shop. Meyer is moving back to Baden-Württemberg with his wife and daughter because his congregation has been dwindling for many years. The pandemic is the last straw for many of his flock, who won't return this autumn. "Most of them are old and in high-risk groups," he says.

Indeed, after the property crisis in 2008 that left southern Spain littered with the steel and concrete skeletons of unfinished buildings, now COVID-19 could usher in the next mass exodus. Margarita del Cid, the vice-President of Malaga's local council who oversees tourism in the region, explained how important non-locals are to the economy, including Belgian, French and British communities on the Costa del Sol. But this summer, tourism brought in less than 50% of the usual income, del Cid estimates.

Szilvia Reiss is convinced that the shops in Torrox wouldn't survive a second lockdown. If the winter visitors stay away and the local economy collapses, she and her husband would also have to give up their new life. For the moment, the retired engineer and make-up artist are still holding onto their dream of growing old in Spain. And they're doing something about it. "We're here as guests. We respect the country and want to learn the language," she says.

Michael Reiss also plays in a local brass band, which took part in a religious procession to honor the patron saint of Torrox. The town could do with a miracle.