The U.S. killed the ruthless leader last October in Syria at a low point for ISIS. But under his successor, the group is beginning to strike back, in Africa, the Middle East and beyond.

The grisly killing 10 days ago of a French school teacher had many of the hallmarks of past attacks carried out by the bloody Islamist terror outfit ISIS. A well-defined symbolic target in the West: Samuel Paty, a respected history and geography teacher who'd been criticized by a Muslim parent and Islamist agitator for showing satirical cartoons of the prophet Muhammad as part of his annual lesson on free speech; the brazen brutality of the act: a swift stabbing and beheading with a butcher knife on a street near the school north of Paris; online exchanges discovered later between the perpetrator, a Russian-born French resident of Chechen origin, and an operative in Idlib, Syria.

And yet according to French daily Le Parisien, investigators say that the killer's contacts were with a different Islamist terror group in Syria (Haya't Tahrir El Sham, HTS) — and that the attack by the 18-year-old (later killed in a standoff with police) was neither inspired nor orchestrated by ISIS.

This comes almost exactly one year after a low moment for the group dubbed the Islamic State in Syria (ISIS), when its ruthless leader, Abou Bakr al-Baghdadi, was killed on Oct. 26, 2019 in a U.S. Special Forces raid. But security analysts and intelligence experts now report that there are signs that ISIS is coming back to life — led by al-Baghdadi's successor, who has his own reputation as a ruthless killer.

Background check: Though it was founded in 1999, it was only in 2014 that ISIS grabbed the world's attention, succeeding al-Qaeda as the main force of Islamic terror after the death of its founder Osama bin Laden. ISIS's strategy was somewhat different than bin Laden's, with ambitions to establish a "caliphate" or Islamic state, by conquering vast territory in the Middle East, while simultaneously spreading terror across the world with attacks like the one in November 2015 at the Bataclan concert hall and cafés in Paris that killed 130, as well as multiple smaller attacks elsewhere in the West. 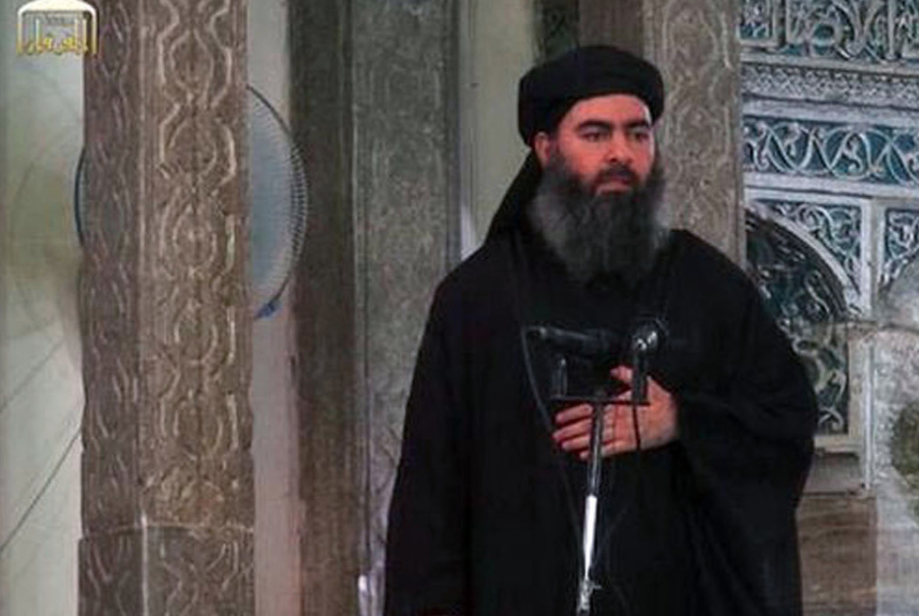 New leader: Faced against its enemies in the region, most notably Iran-backed Shia forces, as well as Western-led advances, ISIS had been at an apparent low point when al-Baghdadi was killed. But only three weeks later, his successor was chosen: Amir Muhammad Said al-Mawla.

• Also known under the name of Abu Omar al-Turkmani, or "the destroyer," al-Mawla has enabled the group to "reaffirm its presence in Syria and Iraq, planning more and more daring attacks" according to a UN report published in January.

• Al-Mawla was born in 1976 in the Iraqi town of Tal Afar, 70 kilometers west of Mosul. His hometown is a Turkmen enclave, which has created confusion about his ethnic origins, particularly because it was seen as very important for ISIS followers that their leader be of Arab descent.

• He holds a degree in Sharia law from the University of Mosul, just like his predecessor, and was also a former officer in Saddam Hussein's army, like many of his colleagues.

• After the U.S. invasion of Iraq in 2003, he joined the Sunni insurgency, which has killed scores of Iraqis and aimed at weakening the invasion. He was later detained for five years by US forces in the prison of Bucca, where he met al-Baghdadi.

Blood on his hands: There is no doubt on the ruthlessness of the new leader: Emirati daily Akhbar Al An has reported how al-Mawla issued rulings to exterminate the Yazidi minority in Iraq and has mobilized his men to kill and rape Yazidi men, women and children in a clear strategy of ethnic cleansing, as well as the Christian minority in Iraq.

New mission: With the loss of territory and global attention leading up to al-Baghdadi's death, the new leader took on the task of regenerating ISIS through a crucial period in the organization's history. Experts say the Islamic State operates like the mythical Hydra — you can cut off one of its heads, but another will grow back soon after.

Regeneration: Iraqi researcher and specialist of the Islamic State, Hisham al-Hashimi, explained to the French daily Ouest-France in an interview last year that ISIS has the capacity to rebuild. "This regeneration strategy has three stages: Firstly the formation and gathering of resources (soldiers and weapons). Secondly, the starting up and preparation of the terrorist system and thirdly, taking control of the territory on which the group will be able to impose its policy and create a kind of economy that will be able to support it."

• It is notable that al-Hashimi himself was killed near his house in Baghdad by two unidentified gunmen on July 6, likely targeted because of his focus on the Islamic State.

New bastions: While ISIS-inspired attacks in the West have been rare, the group appears to be strengthening its presence in Africa and the Middle East. These latest developments come despite recent claims by U.S. President Donald Trump that ISIS is "100 percent" defeated.

• Anadolu, the Turkish news agency, reports that the Islamic State is exploiting a security vacuum in the vast Anbar desert separating Syria and Iraq to set up sleeper cells, until the group can regain new territory, made up of fighters who slipped away after the retreat that began in 2017.

• According to the January report by the UN Security Council, after the loss of its territories, ISIS began to reassert its presence in Syria and Iraq, fomenting more and more daring attacks. The report states that Islamic State still has $100 million, which partly explains its resilience.

New attention, new attacks: The West has gradually been reawakened to the threat. In June, the U.S. doubled its bounty of the new ISIS leader to $10 million. Two months later, six French humanitarians were killed in Niger in an ambush of ISIS fighters on motorbikes. But the pace of overall attacks has been slowly rising elsewhere.

• Cairo authorities blame ISIS for repeated attacks on Egyptian troops in the Sinai.

• In early August, militants carrying the black flag of ISIS launched an assault on the strategic port city of Mocimboa da Praia in northern Mozambique and captured the entire town in less than a week and declared it as their new capital.

• Saturday's attack in Kabul targeted a neighborhood that is home to many from the minority Shia community in the Afghan capital, part of a longstanding ISIS strategy of targeting non-Sunni Muslims.

What's next: One year ago, some analysts believed al-Baghdadi's death was a sign that both the operations and ideology of ISIS could be living its final days. The group was also being forced to contend with rival Sunni groups, including the HTS militants who may have had a role in the killing of the French teacher. Yet the ambitions of the Islamic State are ultimately its greatest weapon, offering radicalized Sunni followers everywhere a vision of new caliphate to reign over the Muslim world. Meanwhile, its new leader al-Mawla must live up to more than his nickname "the destroyer," to also see what he can rebuild.

The economic crisis in neighboring Lebanon, coupled with COVID-19 travel restrictions, are causin...