Surveillance And Servitude: The Pandemic's Most Sinister Legacy

The powers that be responded to the pandemic with an array of life-altering directives that, to an astonishing degree, people quietly accept. So what happens next?

BOGOTÁ — What if the whole point of these pandemic times is to increase our love of servitude? It's always possible. Perhaps the expectation is that we bow down to power without any backchat or further queries, like in the Bertolt Brecht poem "Questions."

Amidst the confusion and simultaneous propaganda on the virus, power is using the opportunity to consolidate itself. And far from confining itself or hiding away, it is becoming brazen.

The screens we spend so much time gazing into are contributing to the process. Indeed, as we gradually adopt a collective sense of defeat we seem to be moving closer to the dystopian worlds depicted in works like 1984 or Fahrenheit 451. Why resist, we ask ourselves? We are in quarantine and should accept authority (be it in health, politics or economics).This isn't the time to make demands or argue. It's certainly not the moment to disobey.

A few months ago, the South Korean-German philosopher Byung-Chul Han, author of the book Disappearance of Rituals, called for a debate on new definitions around the pandemic. Survival will become "something absolute," he said, "as if we were in a state of permanent war."

But the problem, he added, is that some are finding it easier to survive than others. Bankers and magnates are quietly waiting out the pandemic while the poor and destitute fall by the wayside, are thrown out of their homes or face abuse. The sick and the dying are poorer, migrant workers on the edges of big cities, he argued. They must work while the rich can retreat to holiday homes. And there is no remote or "teleworking" for cleaners, carers and factory hands.

Some are finding it easier to survive than others.

We only need look around us on the streets of Bogotá, Medellín or Cali to see those pushing fruit carts or selling coffee to passers-by, or the old man who walks past my window every day, with balloons depicting fairies or mythical animals. It is a colorful little spectacle — of hunger and need.

The pandemic will also promote "biopolitical vigilance." There will be a permanent monitoring of health, but also of attitudes and behaviors. People will start to appear contagious, not with the virus but because of their anarchic and unruly conduct. Is that another community organizer in the making? 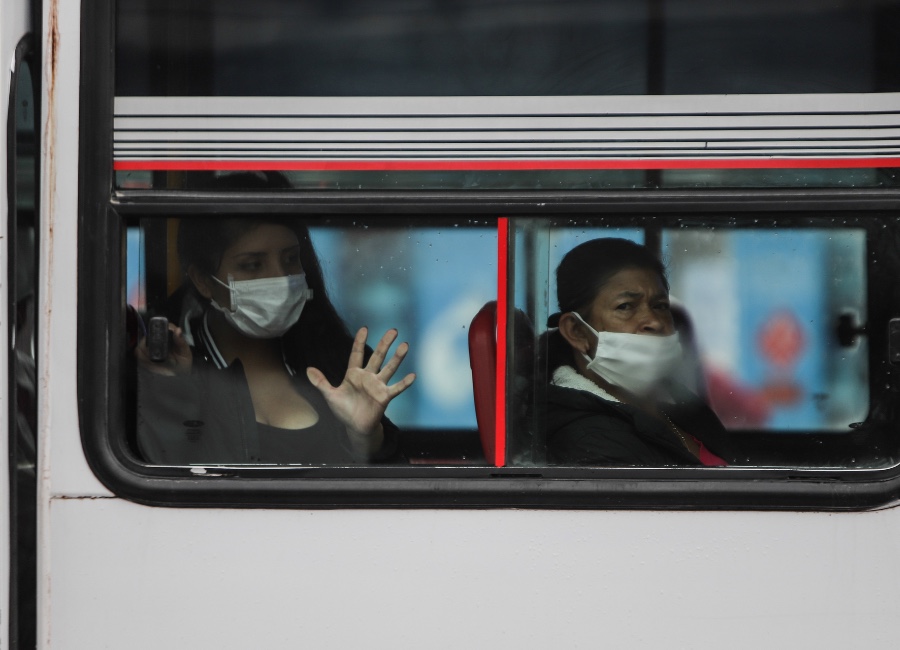 The state, keen to promote fear, will make everything acceptable: shortages, privatization, dismal wages. Privation will become the universal benefit generously measured out to an enslaved population. It sounds nightmarish, yes. But it may not be far off, assuming it isn't in the works already. Byung-Chul Han says that for the sake of survival, people will "willingly sacrifice everything that makes life worth living — sociability, the sense of community and closeness." As the pandemic boosts the safety-first discourse and empowers officials who utter it, we may gradually accept the restriction and violation of basic rights. The history of hygiene has tended to favor extreme checks and oversight, cameras, systems of segregation.

To those with power, channeling panic has benefits, especially if done with the subtle tools of propaganda, news (and fake news) and coercive methods that transcend the realm of health. Power remains unaffected, preens and enhances itself, as people expose themselves because they must work or starve.

To those with power, channeling panic has benefits.

The novelist Aldous Huxley believed totalitarianism was efficient when its subjects came to love their servitude. The pandemic is a unique opportunity to realize this monstrous dream (and power knows it). What does it matter if, say, 10,000 die of this plague, as they have in Colombia. The point is to give the impression that the authorities have done the right thing.

And yet, in spite of its clownery and antics on screen, power has been unable to hide what the pandemic revealed, especially in countries like Colombia, with its shameless inequities and callous rulers. The needy are getting by, in spite of it all. They know the pandemic is not forever and they will in time return to the streets, to say "No" and shout out their fair demands.

This plague has deepened the social divide and shown the scourges of a system that is inhumane, and must one day disappear.