Why Colombia May Be Primed For A Social Explosion

Relatives of inmates rushed to the prison where the riot broke out in Bogota, Colombia - — Yue Han Pasi/Xinhua/ZUMA

The long lockdown period has only added to the frustrations people feel about their country's unresolved class disparities, crass politics and history of violence.

BOGOTÁ — Every good crisis unveils and exacerbates a society's deep-seated problems, and this crisis in particular — no doubt the biggest in modern times — has our backs to the wall. The limits of power and tolerance are being tested, people are starving or drowning in debt, and calls for unity just won't cut it. We're victims of our own system and we don't know what to do about it.

Months ago we watched in horror the film Joker, and today we're seeing it again, for real, in news reports from the United States. Here in Colombia we wait in a state of tense calm as institutions and the economy crumble. We may be jaded for seeing so many dismal events in our country, but calm can give way to explosion the moment people lose what we cherish most: the status quo.

After the incidents in Minnesota, Americans have risen against the system, a system that cannot, for all its efforts, end the deep-seated, culturally ingrained racism in its institutions. Prejudice is passed down from father to son in the dominant community, including within the ranks of U.S. police forces. It's a fact, even if history white-washes the role racism has played in the country's social evolution.

When things seem like they can't possible get any worse, a social revolution erupts that helps advance communal rights. The anomaly in this case is Donald Trump. He should be the person urging unity and acting as supreme guarantor of equality in the United States. But as usual, he keeps doing the opposite, and has sought to suppress the marches with all the brutality he can muster. As he has done before, he cites "dark forces" at work to negate the reality of his country's problems. It may cost him dear, prove to be a last-straw type of scenario, and ruin his chances of reelection.

All this is awakening the world. We love American trends. Nobody protests or says it like they do. Nobody has social protests as epic as theirs! Add to this the social networks and you have an immediate, albeit confused, world revolution.

In Colombia we try to emulate this revolutionary clamor. And yet for some reason, we never seem to do it the right way. Our problems differ in many ways from those of the United States. First, we do not have systematic oppression of our black communities. We simply oppress the lower classes, whatever their skin color. If this revolution is to be of any use, let it tackle our real problem: classism bred by the longstanding, historical struggle of our political parties.

The war between Liberals and Conservatives may seem like ancient history, but all that's really changed since then are the names of the parties. Hostilities between the Right and Left persist, though there is also a political center now, which conservatives denounce as tepid for not taking sides. They prefer the ruthless factionalism that has fueled class warfare since the 19th century, and is so clearly manifest today in the systematic murders of community leaders. 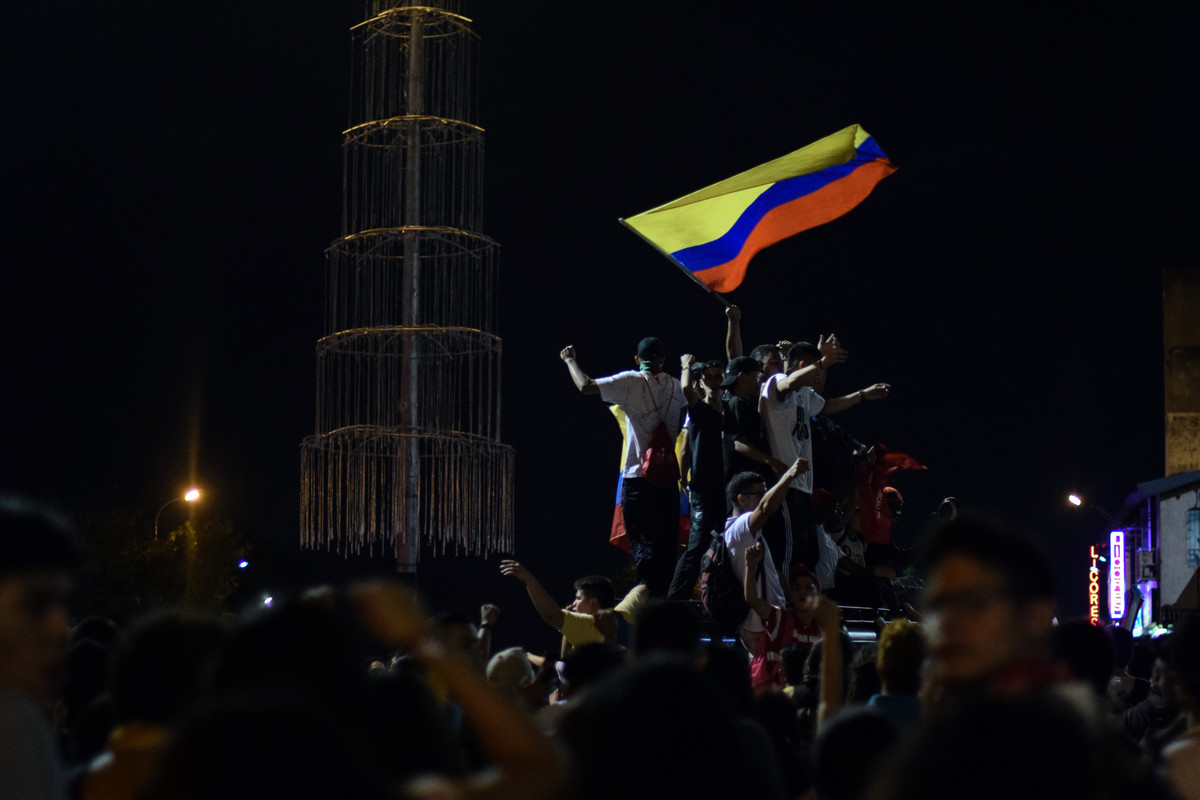 Add to that the protests that took place earlier in the year and were cut short by the COVID-19 lockdown, which has only exacerbated frustrations, and what we're looking at is a veritable pressure cooker, one that's bringing us closer, perhaps, to something like the infamous Bogotazo of 1948. Those murderous riots were a tragic landmark in our history and the prelude to the decade of civil war remembered simply as La Violencia (the violence).

Already last year we could see an intensification of protests due to social discontent, and once the quarantine is lifted, the demonstrations are more than likely to continue.

The disconcerting aspect is the similarity between our government and Trump's in managing a crisis. The only clarity in their actions relates to political goals, and they will go after any critic who dares disrupt their plans. This isn't working for the United States, and it won't work here, where the posturing of people like Attorney General Francisco Barbosa — who brazenly sympathizes with the country's most right-wing elements — threatens the system of checks and balances.

The legislature, in the meantime, is devoting its time to trivia (with motions to declare the Antioquian satchel part of our Cultural Heritage) instead of challenging an administration that has clearly overstepped its prerogatives since the state of emergency began. Let us hope Congress returns to form and restores the balance of powers — before society explodes. If not, we may very well see protests like those of the United States or worse, with something reminiscent of the dark days of La Violencia.