Ranchers, farmers or plain criminals are pushing their way into and expanding their presence in Colombia's remotest nature reservations.

BOGOTÁ — Neither laws nor state actions have managed to curb the progressive deforestation of Colombia's Amazonian territories, which include the homes of indigenous tribes that have been striving for decades, even centuries, to avoid contact from the outside. The gnawing destruction is threatening designated reservations like the Chiribiquete National Park, and the nearby Nukak Maku and Yaguará II reserves that connect Chiribiquete with the Macarena National Park.

The tribes that live in these protected territories have good reason to fear contacts with the "white man." My friend, the researcher Roberto Franco, has gathered a range of historical documents and interviews with native thinkers to write Cariba Malo, a history of the Yuri — one of the Indigenous Peoples in Voluntary Isolation (PIAV, Pueblos indígenas en aislamiento voluntario), as the situation has been categorized. Their isolation, he writes in the book, "is an act of resistance emerging from the deep conviction that their freedom and independence are more important than the surrounding world of other humans or the caribas (whites)."

The Yuri, Urumi and Passé are the names of the indigenous who "went up" the rivers on which they lived, in order to escape rubber farmers and white settlers in general. For the last 35 years, the state has known of their presence, yet its legal and practical measures have proved insufficient in preventing harmful contacts between "colonial" intruders and natives.

Vast spaces have being gradually occupied by families from outside.

In the 1980s, Colombia developed its National Parks System and in 2002, formed the first national park including a territory meant to protect isolated tribes: the Puré national park bordering Brazil, between the Caquetá and Putumayo rivers. The Chiribiquete park has been expanded twice in the past decade, and research shows it hosts several PIAVs (Carijonas, Huitoto and Urumis among others). Earlier this year, the Interior Ministry issued Decree 1232, reiterating its determination to protect their existence and living conditions, which includes voluntary isolation.

The advancing frontiers of farming lands and uncontrolled deforestation, as well as a "delicate" law and order situation in these parts, are exerting considerable pressure on western segments of the Chiribiquete Park amplification. Specifically on the headwaters of the Camuya and Yarí rivers, vast spaces have being gradually occupied by families from outside. 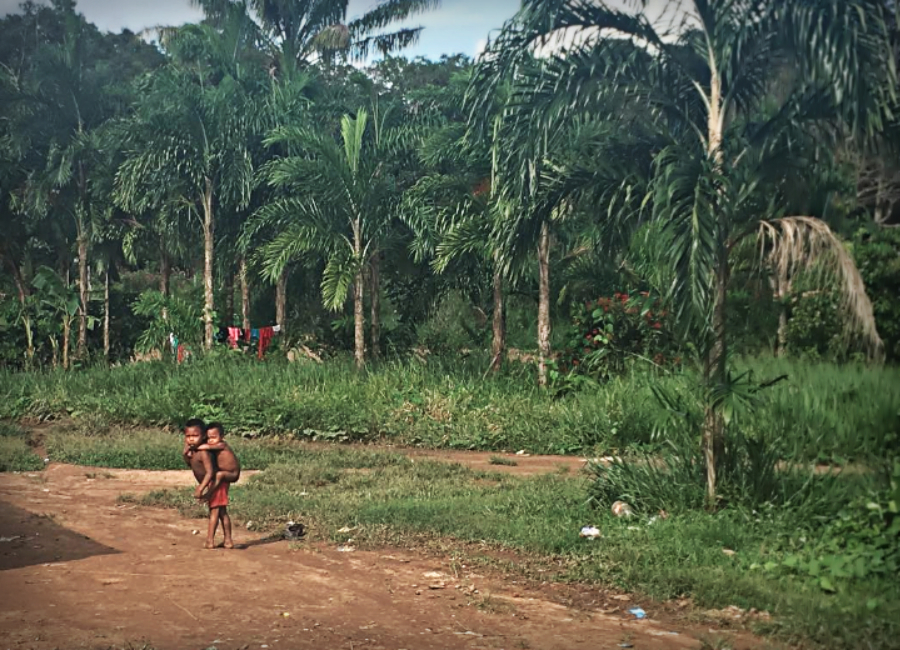 These incursions originate in the Yari and Cuemaní river plains, and around Cartagena del Chairá. Using these rivers, woodcutters, miners, land grabbers or drug dealers have the power to destroy the habitat of its native dwellers. Just one of the natives' vulnerabilities against them is their lack of immunity to diseases incomers will bring, which recalls the biological genocides caused by the 16th-century Spanish conquerors.

The Nukak Maku reserve was created in 1993 and expanded in 1997. Since their first contact with outsiders in Miraflores (Guaviare), the Nukak Maku have suffered numerous acts of violence and forced displacements that have forced many to live as beggars on the streets of San José del Guaviare.

It seems nobody is defending the Nukak Maku.

The Nukak Maku have been used as slaves, servants and prostitutes, or been pushed off their territories to make way for coca farming, opening the door to destruction with pesticides, mining and road building, among other commercial or criminal activities. This area is generally being eyed both by big farming interests and small to mid-sized cultivators including coca farmers. Presently it seems nobody is defending the Nukak Maku or acting to stop encroachments on their environment. The state's failure to upgrade infrastructures or services in the amplified zone (post-1997) has also encouraged regional interests to question developmental planning for the entire area of the park.

The presence of FARC dissidents is significant, as is that of big cattle farmers from Macarena. The Pijao have denounced the extension of roads from Puerto Cachicamo, though authorities have barely responded to requests to have them eliminated.

Beside paving the way for more colonization, the roads are also going through Chiribiquete. The state is showing it has little ability to react to this irregular and thriving market for new lands, some of which, as aerial photography shows, are being used to plant coca. This reservation serves as a crucial, ecological link between the Chiribiquete and Macarena parks, even as it is being cut up before the nation's helpless gaze.