Back in my native Britain, that "little thing" of having to wear a face mask in shops has been met by no shortage of fear and loathing. Here in the Czech Republic, where I've lived for nearly a year, face mask requirements were adopted back on March 19 with almost no public debate and little dissent. Since then, with the country largely spared of the worst effects of COVID-19, face masks are no longer compulsory and have largely vanished from our lives, receding into a past made more distant by the time warping effects of lockdown.

The Czech Republic had been one of the first countries in the world to make face masks mandatory, in all indoor and outdoor spaces, regardless of social distancing. This came at a time when the country had only recorded 765 cases. As the efficacy of masks finally becomes recognized around the world, there is an understandable feeling of vindication here.

Czech face mask rules were extremely strict, yet met with widespread public support, despite some inevitable private grumbling.This support was part of a "safety first" attitude that dominated from day one. Agreement here about how best to tackle the virus may have been facilitated by a society with fewer dividing lines in terms of class and politics than the UK, although differences between urban and rural areas remain pronounced. It could be argued that the homogenizing effects of 40 years of communist rule in the 20 century left their mark.

Meanwhile, the Czech government took a single-minded approach to stopping the spread, and it seems to have worked: the country has only recorded around 14,000 cases and 360 deaths. And despite the turmoil of those extraordinary weeks in March, the majority of people immediately took to the rules about face masks, obeying them strictly whatever their personal feelings. 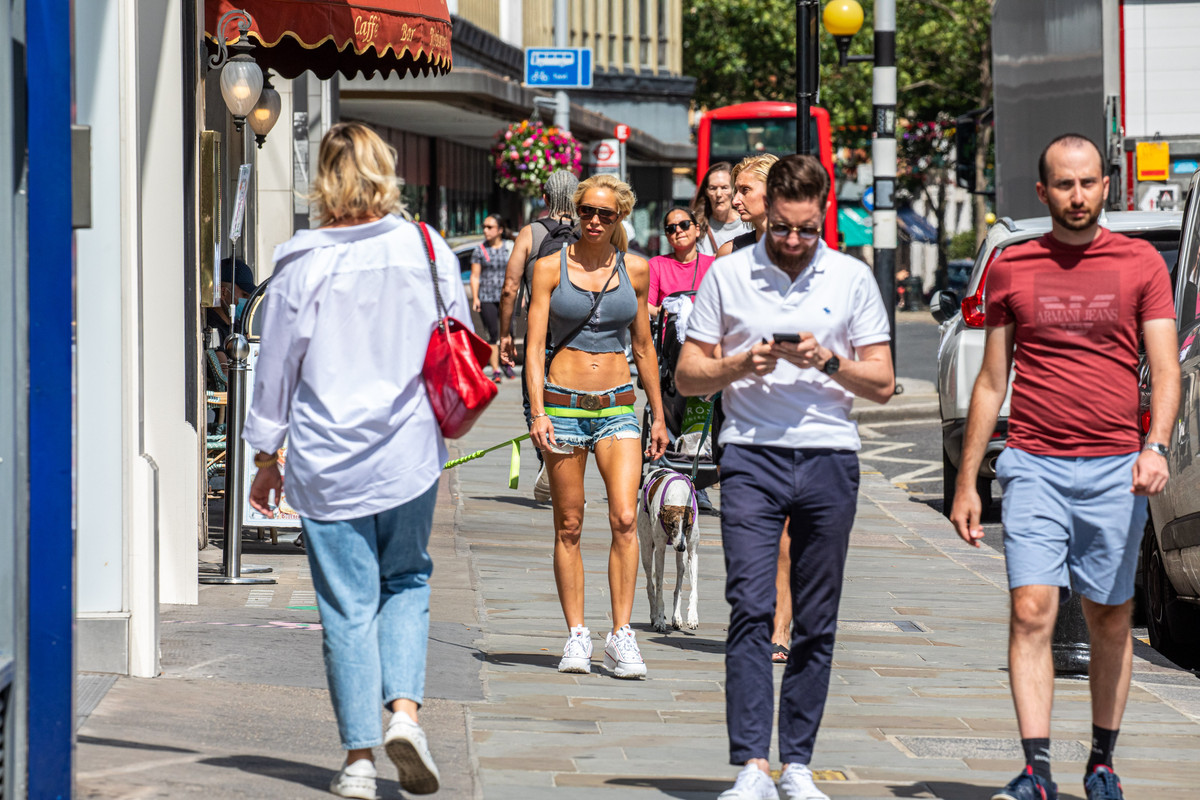 Hard as it might be to believe, people really did wear masks outdoors, all the time, even with no one else around. From the day they were introduced, solitary joggers ran up and down the banks of the river Vltava, steam billowing from underneath their masks, making them look like admirably prudent pandemic-era Blackbeards. At the same time, most Czechs had quite a tolerant attitude toward the use of masks by others. I never saw anybody being berated in public for not wearing one.

This same practical attitude was also on display when face mask rules were lifted on July 1. Some in the UK imagine that if masks become mandatory people will never want to take them off again; that they will become a kind of ideological symbol or obsession. But here in Prague, the change was sudden. And I only realized that they were no longer mandatory on public transport after spending half a day baffled by the fact that nobody else was wearing one.

Many British people have an aversion to giving up personal liberties, even in the name of public good.

Meanwhile, reading the news and talking with friends and family back home, I am left to wonder why masks have provoked such strong feelings in Britain. What could explain these different national attitudes?

Many British people have an aversion to giving up personal liberties, even in the name of public good. Most Czechs, on the other hand, found it relatively easy to decide between these two priorities. A friend suggested that history might have played some role in this, remarking that "old Eastern Bloc countries are perhaps more used to being ‘in lockdown.'" Amid the eternal war of principles raging in the UK, there was never much of a contest here.

It is also true that the British value the "little things" of social interaction more than Czechs (enter Morrissey again: "such a little thing, a fumbling politeness"). It seems like a stereotype, but Czechs who have been to the UK often recall small talk and idle chatter between strangers as a particularly surprising, and not necessarily positive, part of their British experience. There is a sense among Czechs that the British penchant for small talk is somehow disingenuous. Most Czechs treat strangers with respectful reserve. It should be remembered, in this context, that for over 40 years being asked by someone on the train about your university dissertation or your family background could be anything but idle chatter.

Perhaps the British backlash against masks is indeed the result of our deep desire to connect in even the most minimal way; to note, with a resigned air, how "the rain always starts on the first day of the summer holidays," or to complain about the price of train tickets ("scandalous, really"). This urge may be enough to make many of us Brits hostile to the notion of covering up even temporarily.

"How I love all the simple things of life." British dislike of mandatory face masks stems from some of our best attributes: openness to strangers and an emphasis on personal freedoms. But I believe the UK right now should learn from the practical attitude of my new Czech friends. Sacrificing some personal liberties will allow the UK to get back to normal more quickly. The vast majority will take their masks off with a sigh of relief the minute they are no longer needed. And so it should be.