"The answer lies, perhaps, in Xi Jinping himself." - Xie Huanchi/Xinhua/ZUMA

After weeks of denial and manipulation, China wanted to play the role of a caring superpower. But something about its soft-power push went awry.

PARIS — China's attempt at "face mask diplomacy" was never going to succeed. It didn't improve the country's image, and the rest of the world is more critical than ever about Beijing's responsibility in the crisis.

After weeks of denial and manipulation of information, China went on the offensive in late February with one ambition: to play the role of a caring superpower. The country had defeated the coronavirus at home and would now help rescue the world, congratulating itself in the process. China was exporting masks while smuggling here, there and everywhere the virtues of its governmental system.

It was supposed to work the way U.S. pop culture does, as a vector of U.S. power. Only instead of jeans, rock & roll and Hollywood, China had masks, tests and respirators. But instead of boosting the reputation of the regime in Beijing, the effort was a flop — at least in the eyes of the western world. Why? The answer lies, perhaps, in Xi Jinping himself, in his worldview and the way he rules the country.

China was counting on its unique capacity to supply some of the tools to fight coronavirus and thus present itself as a "benevolent giant." And it benefited, in this regard, from the void created by Donald Trump. The U.S. president, lost and incompetent in the COVID-19 turmoil, refused more than ever to take any responsibility as an international leader.

Fair or unfair, the results of the mask campaign are not outstanding.

But the CPC, the Communist Party of China, overplayed its advantage. Despite its expertise in "agitprop," a local specialty, it tried to do too much. The result? After four months of disruption caused by the pandemic, China simply hasn't received good press. There have been some expressions of "gratitude," but also recurring talk about "defiance," "suspicion" and "distrust."

China didn't do itself any favors by sending materials that, in some cases, proved faulty. But that's only part of what undermined its facemask diplomacy push. There were also the condescending comments on the state of western democracies. Receiving countries may very well need Chinese materials, but they could do without the proverbial propaganda leaflets that came with them.

Complicating matters is the persisting mystery over the origins of the ailment, in Wuhan, and the half-truths and changing figures that China issued in response. Meanwhile, the regime was driving a part of the U.S. press out of Beijing and imprisoning Chinese who criticized the CPC's policies in this matter. All of this was proceeding against the backdrop of nationalism heated to incandescence. 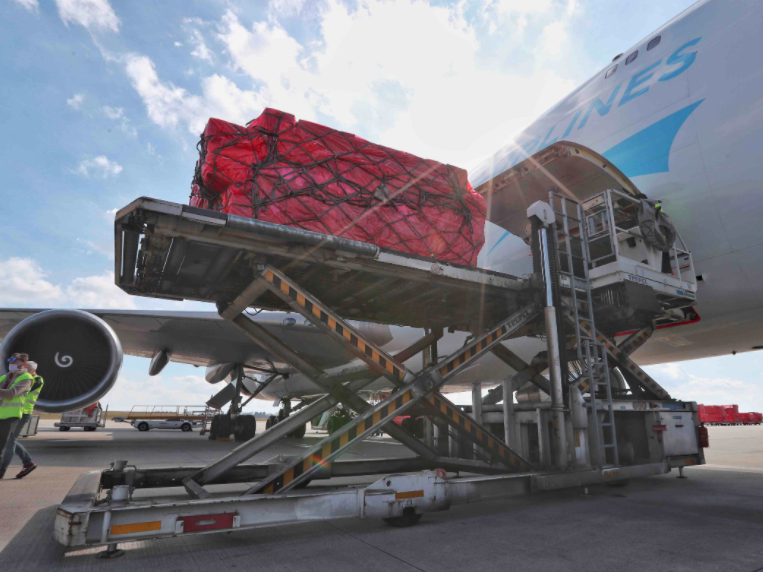 Fair or unfair, the results of the mask campaign are not outstanding. The EU is going to control Chinese investments in Europe as closely as possible. European pharmaceutical companies are going to move factories out of China. Japan is helping its companies relocate. And in Washington, supporters of the decoupling of the U.S. and Chinese economies are gaining traction.

Perhaps even worse for the Chinese government is the loss of credibility, which is the exact opposite of what China was hoping to achieve. So again, why did the effort fail?

The country has competent diplomats. Its industry has been immensely reactive in producing masks, tests and respirators. China showed real solidarity, furthermore, when it came to helping New York and some African countries. And at home, it its own fight against the virus, the country showed real courage.

Fair or unfair, the results of the mask campaign are not outstanding.

At the same time, China's management of the COVID-19 outbreak has also — from end to end — borne the mark of its leader, Xi Jinping. And that, I'd venture to say, is the real heart of the problem.

The president has repositioned the CPC, the single driving force of political power, at the center of Chinese society, with an increased presence everywhere, from schools and universities to administrations and the economy (where the public sector was favored), etc. The idea of a government, an administration, a specialized agency functioning relatively independently from the CPC — an idea that was outlined by his predecessors — is contrary to the current leader's school of thought.

Politics have to take precedence over expertise (including medical expertise, just like what happened in Wuhan). Militants prevail over professionals. The political line supersedes reality. That is what Richard McGregor, one of the top experts on the CPC, explains in his latest book, Xi Jinping: The Backlash.

Xi Jinping's focus is on promoting the merits of the Chinese system, and pointing out the decline, in contrast, of liberal democracies. It's about challenging "hostile western ideas" while touting the superiority of the "Chinese experience." And not just at home. This message is a key element of Chinese diplomacy as well. Indeed, antagonism towards the West is part of the Chinese agenda.

Xi Jinping is subjecting China to a cure of re-ideologization, writes sinologist Alice Ekman in Bright Red, Chinese Communist Ideal, a book that was based in large part on the president's own writings.

Ekman's thesis is that for Xi Jinping, this moment of rhetoric radicalization isn't just a means to reassert power in a difficult economic period. It's also a reflection of his deep-held beliefs. Xi Jinping is a convinced Marxist, she argues. He's an ideologue, in other words, and that, in a nutshell, explains why China has handled the COVID-19 crisis the way it has, as counter-productive as it may seem from outside.