Neverending Lockdowns: The Ultimate Victory Of The Virus

The French have been under a strict curfew for months. Now they're being ordered back into lockdown, but with little evidence that these Draconian measures even work.

PARIS — Returning to Italy on March 8 following a visit to Iraq, Pope Francis expressed his joy at being able to travel abroad after so many "months in prison."

The statement echoes what so many nursing home residents in France also said during the nearly one year that they were barred, by ministerial decree, from leaving their respective facilities. And it says a lot about the unheard-of intensity of the restrictions on freedom applied worldwide, to varying degrees, since the start of the pandemic in March 2020.

Our country has been at the forefront of measures that have most restricted individual and collective freedoms in the name of preserving public health. And the results of these deprivations have been mixed, to say the least. As of March 10, the number of COVID-19 deaths per million inhabitants in France, 1,370, was higher than in Sweden (1,291) and even Brazil (1,263), where health strategies diametrically opposed to ours have been implemented.

Acceptance of these restrictions is based on a feeling of fear, if not panic.

The root cause of these coercive measures lies in the economic and entrepreneurial logic that has been applied to public services in general and to public hospitals in particular since 2002. The fact that the heavily populated Ile-de-France region and its 12.2 million inhabitants still have only 1,050 intensive care beds one year after the appearance of COVID-19 is a major political and strategic error, since the infringements of fundamental freedoms taken in the name of public health are partially indexed on the saturation of intensive care services.

This guilty wait-and-see attitude is now forcing the superimposition of local lockdowns alongside a national curfew of 12 hours per day, in force without interruption since Jan. 16.

Acceptance of these restrictions is based on a feeling of fear, if not panic, which annihilates all articulated reasoning and only aggravates the difficulties encountered. It is sustained at every moment by frightening epidemiological forecasts that are not necessarily verified in reality, contradictory announcements by national public authorities, and the daily national number of positive tests, which went from 5,327 on March 8, to 26,343 and March 14 and then 42,619 on March 27.

But the positivity rate, which is more objective because it measures the daily ratio between tests administered and their results, has remained perfectly stable since December 2020, at around 7%. This is despite the spread of certain more contagious variants. 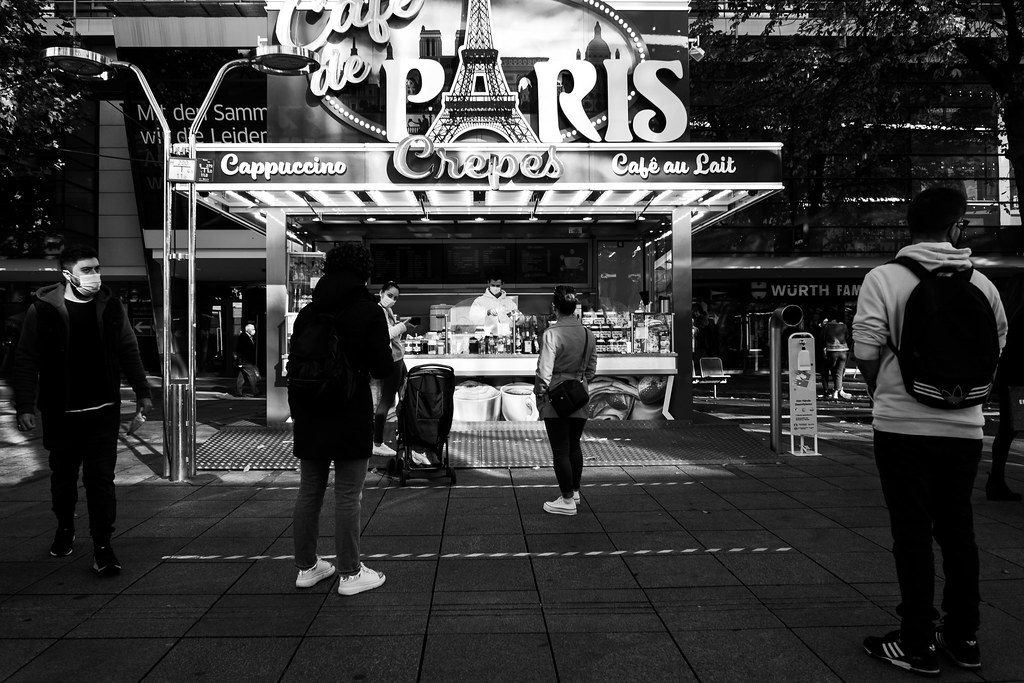 The legal basis of restrictions is based on a law passed on March 23, 2020 that was developed in just five days. It instituted the state of health emergency by being inspired by the law of April 3, 1955 relating to the state of security emergency. But whereas the earlier law potentially concerned only a small number of people likely to commit an act of terrorism and created heavy but individualized obligations (for example, house arrest for 12 hours a day), the new one affects every person on French soil and weighs on our daily lives in both the public and private spheres.

Disregard for the law is punishable by a fine of 135 euros, and the public authorities have not hesitated to brandish this threat of penal sanction in an authoritarian, vexatious and indeed even infantilizing manner, as when the Prefecture of Police evacuated the quays of the Seine on the first two Saturdays of March this year, on the grounds — once again, unverified — that some of the walkers did not respect the required physical distancing.

This law authorizes the prime minister, Jean Castex, to adopt general administrative police measures of unprecedented rigor only if there is a "sanitary disaster endangering, by its nature and severity, the health of the population." One year after the beginning of the pandemic, the figures confirm that this initial condition was never fulfilled and, in any case, the health of a substantial part of the 67 million French people is not seriously endangered by the coronavirus.

And yet, few voices have questioned the relevance of the state of health emergency or its strict proportionality, which results from a comparison between its advantages in terms of the fight against the pandemic and its negative economic, social, educational, cultural, psychological and even health effects.

Many measures that are totally absurd when considered in isolation — such as the nationwide closure of ski lifts, theaters or universities — have only been justified on a case-by-case basis by a deteriorated health context, without ever taking into account their cumulative consequences, which have become increasingly considerable and even dramatic over time.

Few voices have questioned the relevance of the state of health emergency.

Medieval measures such as lockdown and curfew were introduced in haste in imitation of the Chinese precedent in the Wuhan region. They were first "exported" to Europe in Italy and Spain before France aligned itself at a time when it was decreed that sanitary masks were useless. In times of peace, they should be totally banned from our legal system, which did not even recognize them before March 2020 as they are so detrimental to the dignity of the human person because of the many deprivations or restrictions of daily freedoms that they convey, without any documented certainty as to their sanitary effectiveness.

With the pandemic, the whole world — and France in particular — have passed a stage even more important than the one that followed the American attacks of Sept. 11, 2001. COVID-19 may disappear one day, either naturally or through the effect of the vaccine, but the legal and societal traces it will leave will be lasting and universal. The virus has already won the war that the president unilaterally declared a year ago.