Sweden's lax regulation during the coronavirus crisis continues to perplex the outside world.

From Italy, one of the hardest hit countries and the first in Europe to impose strick lockdown measures, this is how the contrast with Sweden looks: "We're inside our homes and they're not. Our schools are closed and theirs stayed open. We can't go out and exercise, they can," begins an article in Milan-based daily Corriere della Sera. "Are these Swedes crazy? No, say the Swedes, you're the crazy ones."

Even reporters from its Nordic neighbors — where heavy restrictions were imposed last month — are perplexed, with a Danish journalist describing the Swedish strategy like "watching a horror movie," as the death toll in Sweden is four times higher than in Denmark, surpassing 1,300 on Friday. Meanwhile Norwegian and Finnish newspapers have reported on their respective populations' fears of being infected by Swedes crossing the border.

Domestically too, the health authorities are under fire, with 22 scientists from research institutes and universities urging the government, in an Op-Ed published by daily Dagens Nyheter, to shut all cafes and schools. Sweden is now the last holdout for what has been labeled the "herd-immunity" approach, but Swedish health authorities insist their strategy is not strictly herd immunity, reports daily Svenska Dagbladet, but to simply slow down the spread — just like everyone else. So what's the real difference? 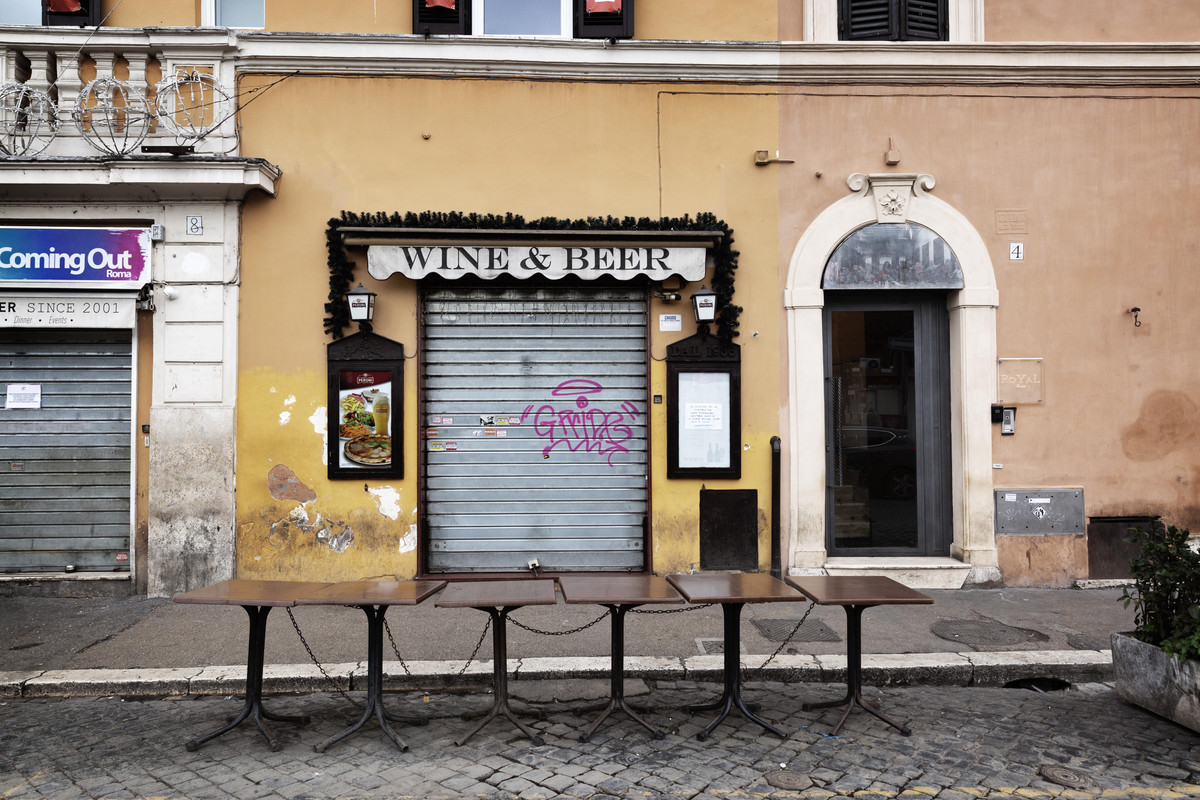 In a nutshell, herd immunity is when a full population is protected from infection before all are immune. This occurs when those infected are surrounded by people who have achieved immunity either through vaccination or recovering from the virus. While the occasional contact is still susceptible and the odd transmission happens, it's not enough to sustain the disease.

Sweden would reach 60,000 deaths before herd immunity is achieved.

A pure herd-immunity approach would therefore be to let COVID-19 burn through the population until enough people have recovered and become immune. But the issue is the death toll. The "R0" of a disease is equal to the number of additional infections a typical case will cause before they recover — if R0 is greater than 1, the epidemic grows; if it's smaller than 1, it shrinks. Let's assume that RO is 3 (COVID-19 is estimated at R2-3) then the infection initially grows until two-thirds of the population become immune, meaning that two out of three infectious contacts will lead to no spread. However, if forecasting the lowest estimated fatality rate of COVID-19 — about 1% — then a country like Sweden, with 10 million inhabitants, would reach 60,000 deaths before herd immunity is achieved.

Swedish state epidemiologist Anders Tegnell reasons every country will eventually have to achieve herd-immunity to beat the virus, but the spread needs to be controlled so hospitals don't become overburdened and the most vulnerable don't get infected; and in that way herd-immunity can be achieved without massive loss of life. Tegnell says that Swedes are practicing social distancing measures just like every other population — the difference being that they come as recommendations rather than rules.

While there are encouraging signs of many countries now turning the corner on the most acute phase of the crisis, it's still to early to decide whether Sweden's will be a model for the future or the example to avoid. A key to determining that are two basic questions every government should be looking at: Will Sweden prove better equipped for a second wave of the virus? How will the socioeconomic impacts compare to those in the locked-down countries in the months and years to come?

God speaks to me in Norwegian. This will seem treasonous to my Swedish compatriots, so let me ...

Even Scandinavia Can't Get Along: On COVID's Cold Diplomacy

-Essay- — What does it say at the bottom of a Norwegian ketchup bottle? — Opens at ...