Infection Challenge: Infecting Volunteers To Get A COVID-19 Vaccine Sooner

Some researchers advocate shortening the procedure for clinical trials to develop a vaccine by infecting healthy volunteers with the live virus. This "challenge infection" method raises an ethical dilemma.

PARIS — It's a moral dilemma fit for philosophy books and it's being contemplated around the globe. Should we deliberately risk the health of a few to potentially save thousands of others? More specifically, should we speed up the development of a vaccine against Covid-19 by infecting healthy people?

These volunteers could potentially develop a disease that has already killed more than 500,000 worldwide, yet advocates of this method have no qualms. The title of an article published by pediatrician Stanley Plotkin (University of Pennsylvania) and bioethicist Arthur Caplan (New York University) on May 22 in the journal Vaccines makes their stances clear: "Extraordinary diseases require extraordinary solutions." According to the paper, "Developing and distributing an efficacious vaccine as quickly as possible is a moral imperative for the world" and will require rethinking "the usual path of development" — meaning some steps in the current vaccine-validating process need to be skipped.

Conversely, William Haseltine, president of the think tank Access Health International and former professor at Harvard Medical School, argued in Project Syndicate that testing the efficacy of potential Covid-19 vaccines by injecting the live virus into humans is "unnecessary, uninformative and unethical."

Both arguments grasp the unconventional nature of the situation. Purposefully infecting participants with COVID shortens the venerated procedure governing clinical vaccine trials, which takes place in three phases. The first, carried out on a small number of humans, verifies the absence of side effects. The second phase, often conducted on a few hundred or thousands of people, continues this research process and above all verifies that the vaccine does indeed lead to the development of antibodies. But will they be able to protect against the real virus? This is the role of the third phase, the longest and most complex.

In this stage, tens of thousands of volunteers are enrolled: half receive the drug to be tested, the other half a placebo. Then they are sent home to live in normal conditions, taking the usual precautions against infection. Six to eighteen months later, researchers monitor both groups. If all goes well, the vaccinated people will have been better protected. But it takes time for the results to be statistically valid — and for the virus to circulate.

There is no shortage of volunteers.

As early as March 31st, three U.S. doctors in The Journal of Infectious Diseases suggested replacing this last phase with a controlled infection. The idea is to deliberately infect a few hundred people, half of whom have been vaccinated, and to study the results.

"Obviously, challenging volunteers with this live virus risks inducing severe disease and possibly even death," wrote Nir Eyal, Marc Lipsitch and Peter Smith. "However, we argue that such studies, by accelerating vaccine evaluation, could reduce the global burden of coronavirus-related mortality and morbidity." 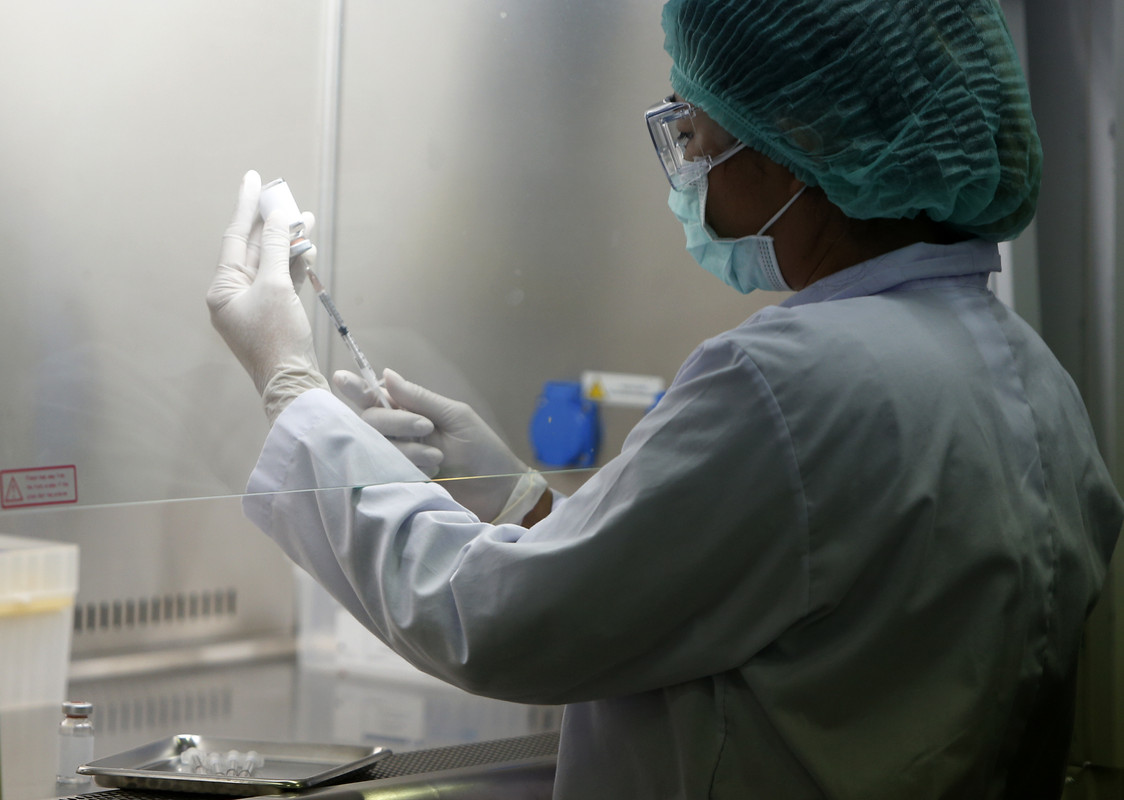 "Developing and distributing an efficacious vaccine as quickly as possible is a moral imperative for the world" — Photo: Chaiwat Subprasom/SOPA Images/ZUMA

This method, known as a "challenge infection", is not new, strictly speaking. In 1796, Edward Jenner discovered vaccination by inoculating his farm boy's son with smallpox, who he believed was protected from the disease thanks to having contracted with another, benign, cow-borne infection: the vaccinia. But, of course, ethical standards have changed. Is the world in a place where we should disregard the fundamental principle of medicine: Do not willfully harm a patient? Yes, if volunteers "autonomously authorize the risks to themselves, and their net risk could be acceptable if participants comprise healthy young adults," as Eyal, Lipsitch and Smith wrote.

There is no shortage of volunteers. The organization 1 Day Sooner, which promotes the use of this method against the new coronavirus, has already gathered the commitment of more than 30,000 people from 140 countries. Its website links to studies showing that the risk of dying from Covid-19 in young and healthy subjects does not exceed 1 in 3,000, identical to the risk of kidney donors. What's more, challenge infections have been used over the last decades to fight against influenza, cholera, malaria and dengue fever. These arguments have convinced 35 members of the U.S. House of Representatives: On April 20, they wrote to the Food and Drug Administration (FDA) asking to authorize this method, which is, according to them the best solution against the "enormous human cost of the Covid-19 epidemic."

The FDA hasn't responded. The World Health Organization (WHO), on the other hand, issued a report on May 6 providing "key criteria for the ethical acceptability of Covid-19 human challenge studies," particularly in the selection of volunteers: young, healthy subjects, already exposed in their daily lives to the virus, but not part of an essential profession. This is a strict framework but not an outright refusal for participation. Opponents disagree. "We want to infect people with a virus that we still know very little about," says Haseltine. "We're constantly discovering new pathologies that are induced, even in young people."

Joanne Langley, a pediatrician and infectious disease specialist at Dalhousie University in Canada, says: "As a researcher, I would refuse to lead a challenge infection that would expose participants to a deadly disease for which we have no treatment."

A major practical point is that if the challenge infection is, as its proponents suggest, conducted on young volunteers with no co-morbidities, what information will it provide about protecting those truly at risk? This especially concerns the elderly, whose immune systems develop far fewer antibodies.

It's not just Americans; The British, who have used this procedure throughout the 20th century, may consider a human challenge study. The Chinese are also rumored to be preparing for one. In France, there's no question about taking the plunge. "It's not in the plan," says Virginie Pirard, head of the ethics unit at the Pasteur Institute. This stance is informed by careful thinking. The institute is taking part in another challenge, however, which is due to start in September in the U.S. It targets shigellosis, a fatal diarrheal disease in children, but with moderate symptoms in adults, who are the only subjects in the trial and are sensitive to antibiotics. Three years of review and advice preceded the green light. "The situation with SARS-Cov2 is very different," says Pirard. "Without curative treatment and knowledge of all the factors that can cause severe cases, the risk of developing severe infections, even in young people, is too great, even in a very controlled environment."