The pandemic has taken a huge toll on the Chinese film industry. But it's the movie houses themselves that have suffered most.

HONG KONG — China's movie theaters finally got the go-ahead to reopen, albeit only in certain "low-risk" areas and with a 30% capacity cap on seating. Either way, it's a step in the direction of normality and a positive sign for the Chinese film industry, which has struggled mightily as a result of the coronavirus pandemic.

But there are also questions about whether it's too little too late for movie theaters themselves, which as a distribution model was hurting even before the current health crisis.

So far this year, box office receipts are down a staggering 90% in China. Things are likely to improve somewhat starting now, but even in a best-case scenario, ticket sales in 2020 are likely to end up being less than a third of what they were in 2019.

Meanwhile, due to the accumulated number of blockbusters that, for one reason or another, haven't been released, the film industry is experiencing a cash-flow crisis with far-reaching implications. Without sufficient funds, studios have had to halt future productions. Others have gone belly up. And that, in turn, has impacted the entire chain of the film-studio economy, including actors, designers, equipment providers and everyone else.

Research carried out during the coronavirus outbreak found that there are approximately 12,000 movie theaters in China with a total of 70,000 screens. The question now isn't just how many of those venues will be allowed to reopen but, given the economic crisis, how many will be able to.

For a while, China saw shopping centers mushroom everywhere, particularly in third and fourth-tier cities. And in most of those shopping centers, there were movie theaters. This prompted the meteoric rise of the Wanda Group, a Chinese conglomerate of commercial property developers and cinemas that once owned a majority stake in AMC, the world's largest movie theater chain.

In more recent years, however, the trend has faded due in part to urban development changes but also because of shifts in consumer habits. Indeed, movie theaters no longer play such a dominant role as a place for both entertainment and socializing.

Audiovisual entertainment is adapting to cater to consumers who are inclined more and more to staying home and having content delivered to them. For young, marriage-age couples, movie theaters used to be a typical date night option. Now those people prefer being couch potatoes in the comfort of their own living rooms. They're also more likely to have fancy home-cinema equipment such as a large, ultra-thin television, most of which are made in China and now only cost about 2,000 yuan (less than $300).

Movie theaters no longer play such a dominant role as a place for both entertainment and socializing.

Moreover, for Generation Z — people in their teens and 20s who grew up with the internet — watching films and being actively engaged in social media go hand-in-hand. From a social standpoint, they're less interested in sitting, cut off from the digital world, in a traditional cinema. 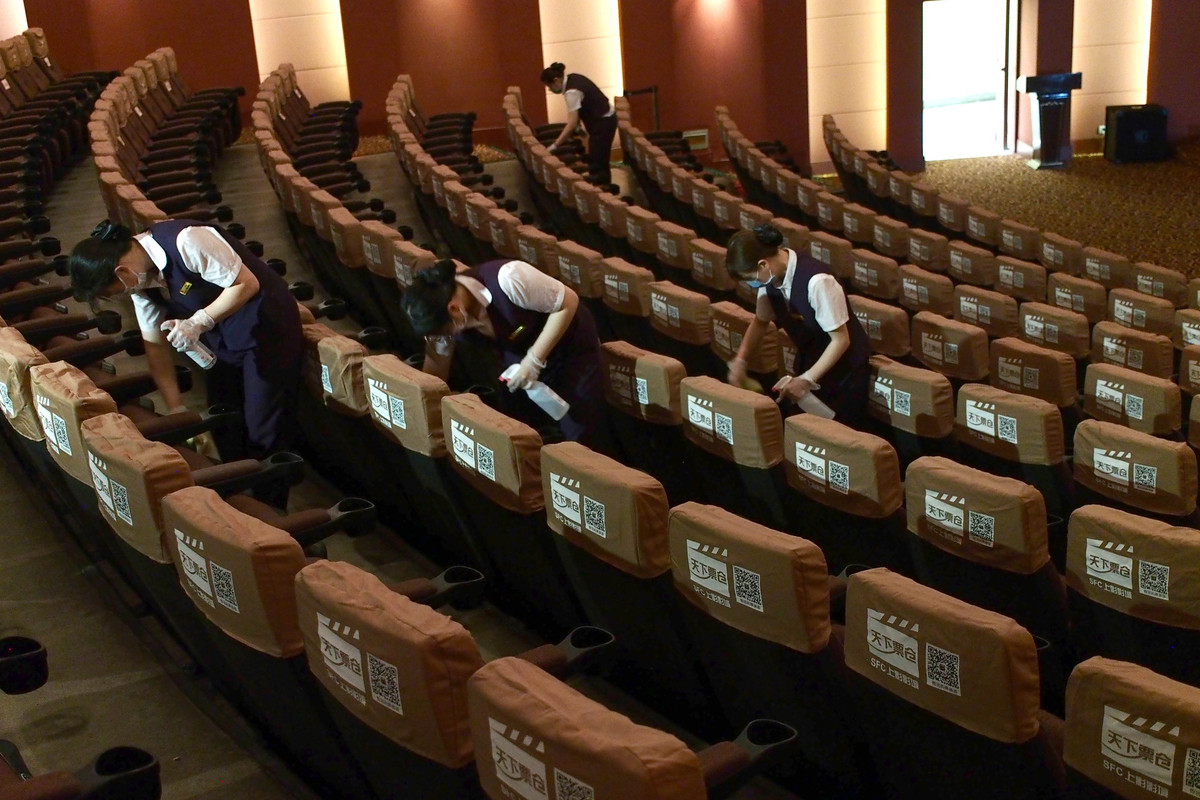 The fact of the matter is that from tastes to topics, the film and television content offered by online platforms is much closer to young people's interests today. From the two-dimensional animation of Station B, a high-quality web series produced by the Chinese online video platform iQIYI, to reality and talent shows, these non-traditional providers offer the type of entertainment people want. Buying a ticket to go to a cinema is no longer cool.

Netflix emphasizes big data and high quality. It owes its success to the fact that its subscribers can see new films first-hand and all in one go. It also offers original productions from master film makers.

Chinese video platforms, in contrast, focus less on the quality of their series. But like Netflix, they're also greatly attached to data and put a lot of thought into how they run their subscriptions. And in some ways, they're even more attentive, in real-time, to audience responses so as to adapt their offerings for the following week.

In recent years there have been few blockbuster productions in China.

Chinese film and television makers are also subject to a different set of ideological constraints than their Western counterparts. Recently, rumors made the rounds that the state could impose new guidelines, particularly with regards to historical and romantic dramas, and to content about homosexuals. The information is unproven and probably exaggerated. But rather than risk having their productions banned, studios are likely to play it safe and self-censor.

They're also more inclined to toe a conservative, patriotic kind of political line, and that's a direct blow to the creative process. The documentary film Chinese Doctor is a case in point. The movie, much-hyped by authorities, focuses on how frontline medical staff combat COVID-19, with an emphasis on stoking patriotic and nationalistic sentiment.

In the short-term — especially without the normal amount of competition from Hollywood — the film has a chance to do well and boost China's circular, internal-market economy. The greater concern, though, is that it's symptomatic of an industry that has lost both energy and direction.

In recent years there have been few blockbuster productions in China, and given the current capital-supply problems, it's unclear when there will be again. Netflix has made an unprecedented impact on television and film production the world over. Today, all resources are flowing toward the streaming services. iQiyi, Tencent Film and Television, and Youku are all following suit and targeting this market.

Earlier in the year, a Chinese comedy called Lost in Russia had to be released online due to the coronavirus crisis. It was supposed to be an exception to the rule, but more recently another Chinese film, Double World, opted for an online launch as well, with a simultaneous release on iQiyi and Netflix.

Suddenly this is looking like a new model, one that will no doubt revolutionize China's film industry. The sector will change, in other words, but survive. Whether we can say the same thing about movie theaters is a whole other question.