The National Radio and Television Administration has issued a ban on historic melodrama in time for the 70th anniversary of the People's Republic of China. A billion-dollar industry is turned upside down.

BEIJING — In recent months, China has been going through a campaign of name-changing for roads, hotels and communities. To "protect [Chinese] culture" and promote "a positive and upwards spirit," foreign names are being replaced by fresh-sounding Chinese names. For example, a "Manhattan Square" in Zhejiang Province has been renamed "Sunny Valley."

This cheerful, patriotic trend has also spread to the film and television industry. Thus, a TV series originally titled as "The countercurrent of sorrow" has been renamed "The flowing good time." Another series called "In New York" is now "I'm waiting for you in Beijing."

However, this is nothing compared to the endless rectifications and bans imposed on Chinese TV over the past decades. The most dramatic one arose after a rumor began to circulate on the internet on March 22nd:

"The National Radio and Television Administration, referred to as NRTA hereafter, has issued a ban. From now until the end of June (some say that it's until the celebration of the 70th anniversary of the People's Republic of China on October 1st), all costume dramas are regulated. Those already online should be taken off. Those not yet released are not to be posted."

It is getting increasingly hard for a production to know if it can ever be released.

In recent years, NRTA's various instructions have rarely been issued through proper official documents, but rather in the form of private telephone calls and face-to-face notifications to avoid leaving "evidence" for dissemination. Therefore, nobody dared ignore the circulating hearsay.

It is the first time that the Chinese government has targeted a certain type of TV drama. "Costume drama" is more than a single film and television theme, comprising a wide range of productions that can involve stories about imperial palaces, power struggles, martial arts, and historical events. It also includes series adopted from literary classics. According to the China TV Drama Industry Development Report of 2018, China's TV drama market is valued at over a 100 billion RMD ($14.5 billion), of which costume drama makes up the strongest sector for internet audience. In the nearly four decades since China's opening-up, the TV series with top ratings are mostly costume drama, accounting for approximately half of the industry's output.

Needless to say, the entire TV film production industry went into a state of panic upon hearing the new state controls. Big or small, all the producers were like ants on a hot stove due to the pressure of not knowing whether they would be able to recover their costs.

"I had three web TV series waiting to be launched online in March, two of which are costume dramas. If I don't have the paybacks within six months I won't be able to pay the wages of nearly a hundred staff," said Li Li who owns a small TV production company.

It was just as catastrophic for major Chinese online video platforms such as Tencent, iQiyi and Youku, since other series must be found as a matter of urgency to replace the originally programed costume dramas.

The NRTA has never concealed its direct intervention in the film and television market.

As Chinese media data showed, as of late March, as many as 30 costume dramas were postponed from going online, many of which were eagerly expected with big casts starring popular actresses like Zhang Ziyi.

However, as many industry insiders also admitted, the seemingly absurd decision that brought such chaos didn't really come as a surprise. As the Chinese authority for the TV and film industry, the NRTA has never concealed its direct intervention in the film and television market. In 2010, Li Jingsheng, its director openly claimed that "the administration will manage and interfere with overexploited TV series themes."

And in effect, even before he openly declared this, many of the most popular home dramas, whether costume, screen idol or realist drama, or even animation, had all experienced preemptory bans once they became too hot. This would be unimaginable in the capitalist world – where surely the more popular a series genre is the more it would be produced and aired. Saturation of a genre would be naturally regulated by the market.

However, the controlling Chinese mentality never puts faith in the market. What is considered to be "overexploited" is entirely decided by the regulatory authorities.

It is said that last year's two most beloved Chinese TV series – Story of Yanxi Palace and Ruyi's Royal Love in the Palace, both about palace power struggles – had been heavily criticized by the NRTA, which may have been what sparked the explicit targeting of costume dramas. 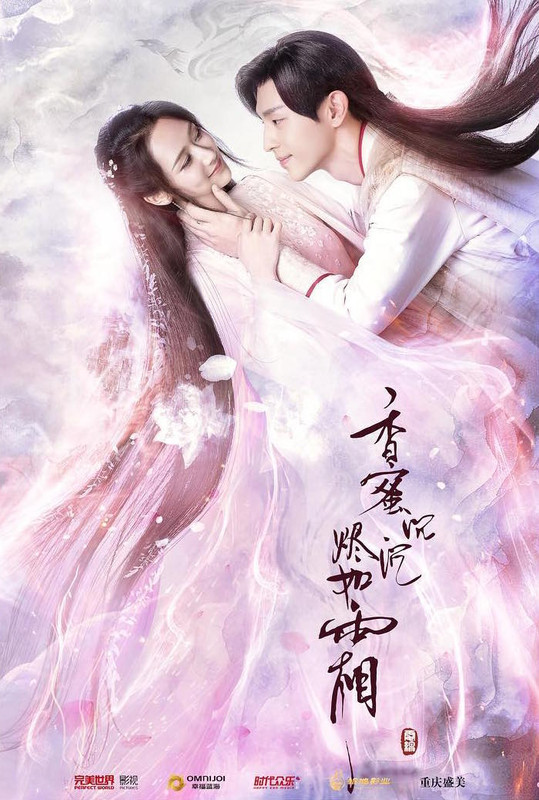 Chinese costume dramas have to adhere to the guidelines of "small budget, big feeling and positive energy" – Photo: Ashes of Love

This is not only due, as the Chinese saying goes, to "the big tree attracts the strong wind," but also because 2018 marked the 40th anniversary of China's reform and opening-up, and the People's Republic is celebrating its 70th birthday this year. China's recreational and creative sectors are naturally required to match this "important historical moment" and related political requirements.

As early as spring 2018, the NRTA has been repeatedly emphasizing that radio and television programs ought to follow the principles of "small budget, big feeling and positive energy," and "show a new aspect of telling the spirit and story of today's times."

People's Daily, the megaphone of the Chinese Communist party, also issued an essay setting the tone: "In recent years, as the series of costume dramas starring young actors showed, their market effect and audience reputation have failed to meet expectations. The sloppy production, poor acting and superficial content have become common features of these so-called IP costume dramas."

In such a context, it is no wonder that costume dramas that commonly require big budgets and don't correspond to the profile of "demonstrating a prosperous and strong motherland" become politically suspect.

That being said, why hasn't the TV industry adapted to the authorities' preference for modern dramas? This is another story, explains Le Chen, a producer.

The whole sector is really at a loss.

"First, the film and television industry has a natural lag period. From the approval of a project to the launch online, an average medium-sized drama takes at least half a year or as long as two to three years," Le Chen explains. "Sudden and abrupt administrative prohibitions from the NRTA don't allow us enough time to react. Besides, subjects for modern dramas have become increasingly limited in recent years. For modern fantasy dramas, ghosts, monsters, gods and monks are not allowed in stories. So this more or less leaves us with nothing to offer."

Because of the further tightening of the NRTA's policy since 2017, as of the first half of 2018, the film and television sector's growth rate has dropped by nearly 5% compared with the year before.

"The whole sector is really at a loss," says another producer, who preferred to remain anonymous. "While it was relatively easier to figure out what content may be not allowed, such as nudity or violence, there are no more rules nowadays. The controlling standards have become opaque. It is getting increasingly hard for a production to know if it can ever be released."

All of this may be due to the fact that the NRTA itself is going through a restructuring closely related to the "collective reform and integration of the state departments." On June 3rd, one of the year's most highly anticipated costume dramas, "Novoland-Eagle Flag," was suspended just 19 minutes before its first broadcast. Nobody knows exactly why.

"Helpless, everybody is getting superstitious," quips Bai Huali (pseudonym), a screenwriter. "People turn to either Buddha or a fortuneteller for help and mental tranquility." Even modern drama comes with an ancient twist.