Chinese tanks have not rolled through the streets of Hong Kong, but Beijing's legislative coup Tuesday, on the eve of the 23rd anniversary of the territory's handover to China, is provoking a similar fear. Pro-democracy business owners have hastily removed the slogans that lined their storefronts and thousands are applying to emigrate, with Australia set to offer safe haven.

By criminalizing attacks on its authority, the so-called "National Security Law" imposed by Beijing violates the Hong Kong Constitution, according to which its the territory that enacts any such legislation by consulting its population. China has dealt a fatal blow to the Sino-British Joint Declaration of 1984, which guaranteed Hong Kong's high degree of autonomy for 50 years by a treaty deposited at the United Nations. It imposes by force what Hong Kongers dreaded, and is why they took to the streets en masse last year: laws that could impose life imprisonment for "subversion, secession, terrorism and collusion with foreigners." It's an ominous breach in a justice system that is otherwise modeled on British common law.

The Hong Kong people's fear is fueled by the tragic farce of judicial procedure in China. In seven years of Xi Jinping's reign, the justice system has used and abused subversion offenses and other laws that undermine public order in a gross disregard for its own procedures, its constitution and the rights of defense. All of this is in the name of the absolute supremacy of the Communist Party and the assumed rejection of universal values, the two main components of "Xi Jinping Think." 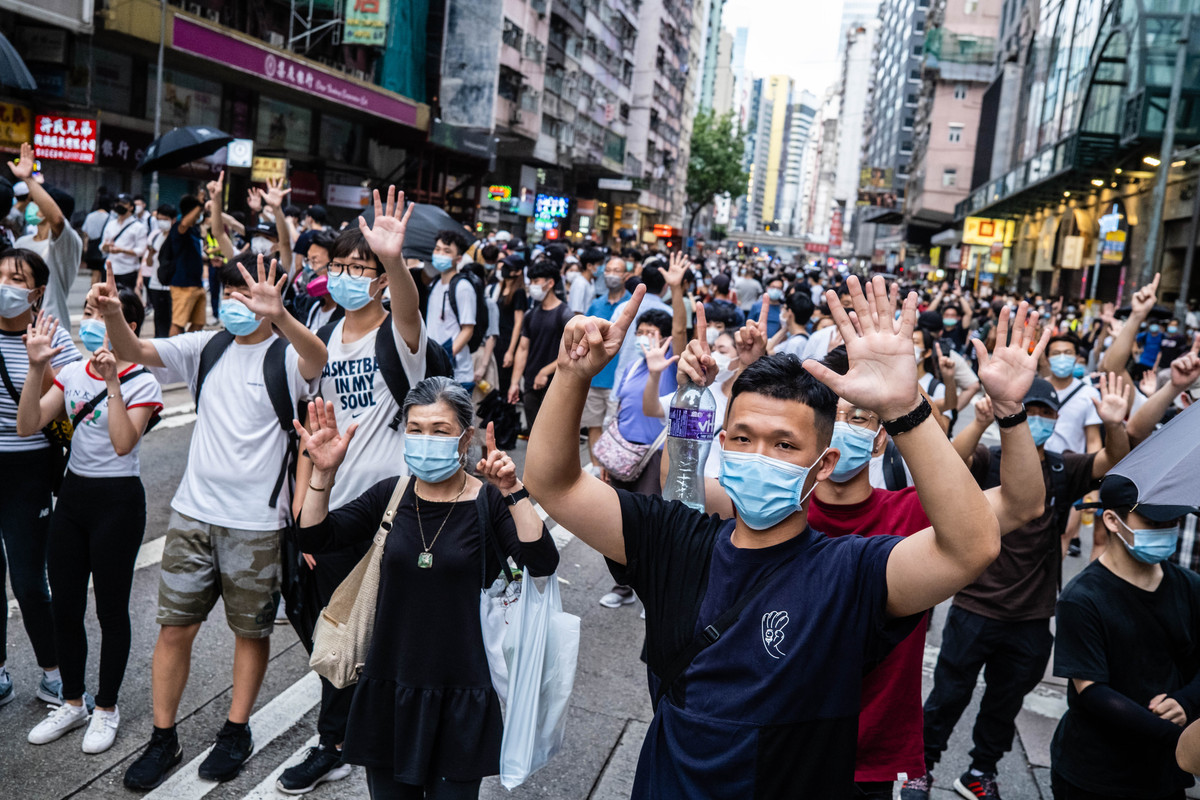 Yet for 23 years, China had come to terms with the quasi-democratic status of its "special administrative region." It is now beginning to swallow it whole, showing an appetite and impatience that reflect its spectacular rise to economic, military and strategic power, and the resulting obtrusive pride.

Those rare calls for Hong Kong's independence made during the 2019 protest movement — the overwhelming majority of which are attached to the current autonomy — are not what Beijing wants to punish. Instead, it's the insults made against China, in the form of emblems and defaced flags, as well as the attempts by activists to obtain help from the United States and even Great Britain, the former colonizer.

Xi Jinping is obsessed with "securing" the political system and the party. He considers that the Trump administration's trade war and the fight launched by American politicians against human rights violations — particularly against the Uyghur people in Xinjiang — have increased the risks for a China that must, in his view, "take a central place on the world stage." For him, it is a question of puncturing the abscess that was the protest in Hong Kong.

COVID-19 provided an unexpected opportunity to ban demonstrations and to act while borders are closed. Having the United States and Europe confront the devastating effects of the virus is a godsend for the Chinese leader, who is feeding stories to the public of his success against the epidemic. By imposing its legislative power on Hong Kong precisely at a time when it is being questioned for its health policy and its predatory role in globalization, China is defying the Western world and embarking on a path that should worry us all.

As a growing number of people pack up and leave the former British colony, the question arises: W...