The Taliban Is More Dangerous Than Ever

As the U.S. government pivots its foreign policy, the Taliban is ramping up plans to reestablish a totalitarian state. Regional support for a sovereign Afghan government has never been more urgent.

NEW DELHI — While most of the Western media coverage around the U.S. withdrawal from Afghanistan has focused on how this historic moment affects the interests of the United States and its transatlantic allies, the real effects of the U.S. departure will be most acutely felt by Afghanistan and its neighbors — particularly China, India and Russia, powers that will shape the future of a region that houses most of humanity.

It is not surprising that Western media — especially U.S. news outlets — has marked the American withdrawal as an end to the so-called War on Terror, which began two decades ago with tall claims of eradicating the scourge of terrorism from the face of the earth. Now, they no longer bother covering the Taliban's brutalities and are content with the idea that this fundamentalist movement is just another Afghan faction.

Yet the closure of this war, which defined the beginning of the 21st century, is unceremonious and showcases Washington's new doctrine: differentiating global and local terror networks as two separate categories that will now be tackled with very different approaches.

Unfortunately, this kind of thinking has proved catastrophic for Afghanistan and will have far-reaching consequences for its neighbors near and far. Consider the way Washington handled its departure with the Taliban: For nearly 18 months, American diplomats negotiated a secret deal with their Taliban enemies that completely bypassed their ally, the Afghan government. In the end, this proved disastrous for the Afghan state as thousands of prisoners were freed and the Taliban was granted a legitimacy it is now leveraging to recreate its Islamic Emirate through military conquest.

Direct talks with the Taliban was nothing new. The idea was first championed by former Afghan president Hamid Karzai in the years after the Taliban was pushed out of power. The initial Afghan-led initiatives for talking with the Taliban were based on the assumption that they had learnt their lesson from the monumental failures of their so-called Emirate in the 1990s, their relations with international terror syndicates like al-Qaeda, and their international isolation. At the time, Pakistan — the Taliban's main mentor, supporter and guide — pushed the notion that the Taliban, who previously lacked experience in politics, governance, and diplomacy, had learned from its past mistakes.

It seemed that no one learned from their mistakes, as the February 2020 Doha deal between Washington and the Taliban did little to find and promote a peaceful resolution to the war in Afghanistan, and didn't come close to ending the war on terrorism. Instead, it became a justification for unconditional U.S. withdrawal and has actually incentivised terrorism and violence.

Today's Taliban is no different from that of the 1990s.

The deal not only bestows all the legitimacy and credibility of a peaceful ally on the Taliban, but the group's Islamic Emirate – with its brutal past – now takes precedence over an Afghan state founded on a constitution and in compliance with international law. Strangely enough, the U.S. has not had a problem with the Taliban's continual mass murder on Afghan soil — both during the Doha deal talk and since its signing. Despite dozens of terrorist attacks, Washington failed to suspend talks. The Taliban would claim multiple suicide attacks one week then discuss peace with their American interlocutors in Doha the week after.

Taking advantage of the Doha deal and U.S. pressure on the Afghan government, the Taliban was able to secure the release of 5,000 of its fighters, who were mostly arrested or captured by the Afghan forces. The majority have now returned to fight against Afghan security forces. But the Taliban were so emboldened by the agreement that they are currently demanding the release of more fighters who are still in government custody. Even as their leaders engaged with diplomats and toured various capitals, the Taliban have refused to stop their violent attacks and engage in a meaningful dialogue with the Afghan state. Most significantly, the militants are extremely reluctant to declare a cease-fire — yet their leaders demand to be taken off terror and sanctions lists.

Evidence on the ground shows that today's Taliban is no different from that of the 1990s. Assessing three aspects of the group's character can help clarify their current and future role. First is the Taliban's reliance on terrorism; After a quarter-century since its emergence, the ragtag militia is still a war machine wielding violence as its main tool. It has been more or less a perpetual IRA without a Sinn Fein or political wing. 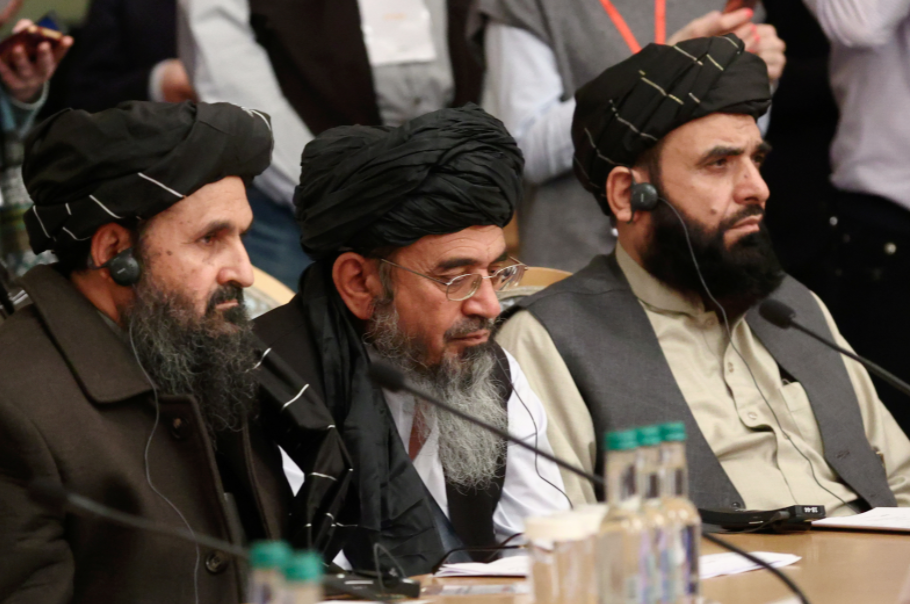 This explains why, even after pledging to relinquish all ties with al-Qaeda in the Doha agreement, reports by the UN and various U.S. government agencies have established al-Qaeda's presence and symbiotic relationship with the Taliban. Pakistani terrorist organizations, such as the Tehrik-e Taliban Pakistan, Lashkar-e Taiba, have historic ties with the Taliban and some of their cadres are still embedded within the group. Across Afghanistan, hundreds — perhaps thousands — of Pakistani, Arab, and Central Asian fighters are part of Taliban units.

Secondly, the Taliban's culture of governance has not evolved. Their militants still abhor the modern state system and democracy. They don't hide their intention to restore their brutal totalitarian system, which would require dismantling the current Afghan state to recreate a legal system based on their own narrow interpretation of Sharia law. They have increased the "Talibanization" process by closing girls' schools and severely restricting women's freedom of movement. They are obsessed with reversing the growing urbanization, education, and civil society developed during the past two decades.

Instead of adapting their ideology and organization to be in consonance with the evolved social standards, the Taliban has resorted to reversing these conditions by targeted killings of intellectuals, professionals, journalists, and teachers. They are also targeting roads, bridges, communication infrastructure and dams in an attempt to push Afghanistan back into the Stone Age.

The third and most important aspect of the Taliban is its enduring relationship with Pakistan. The Taliban's rank and file are mainly Afghan graduates from thousands of Pakistani religious seminaries; Their Pakistani teachers are their ideological mentors. Ironically, their Pakistani teachers — mostly Islamist clerics — champion democracy in Pakistan but are against the same in Afghanistan. Most Taliban fighters have been trained by Pakistani security forces, who regard the Taliban as an instrument for achieving strategic depth in Afghanistan as well as decimating Pashtun nationalism inside Pakistan.

Their relationship is so close that the Taliban's Islamic Emirate has spent the past two decades based in Pakistan. Even now, as the Taliban claims to control wide swaths of territory in Afghanistan, their political and military leadership is sheltered in Pakistan. Islamabad enjoys much greater control over the Taliban than Tehran has over Hezbollah, for example. This is due to both geographical proximity and the fact that the Taliban leadership and cadre depend on Pakistani sanctuaries. Pakistani officials take great pleasure in manipulating the Taliban, and have punished Taliban leaders who defy them. Yet they also take credit for bringing the Taliban to the negotiating table.

India has been the most reluctant to join the rush to embrace the Taliban.

These dynamics hold the key to Afghanistan's future. They also weigh heavily on the future of China, India, Russia, and regional powers. Beijing is already contemplating sending peacekeepers to Afghanistan to fend off a possible volcano of Islamist groups whose presence will channel the Uyghur discontent into a security nightmare for Beijing. If China's cold war with the West intensifies, Afghanistan might turn into a quagmire for Xi Jinping. A resurgent pan-Turkism could likely join forces with a new jihad against China, which is now among the largest investors in all the countries bordering Afghanistan.

Russia has foolishly joined the bandwagon of trying to reimpose a Taliban rule in Afghanistan. Unlike Syria, however, the Kremlin has no real influence in the country. No one in Afghanistan will accept the return of the Russian military, and Moscow lacks domestic political support and the economic wherewithal to nurture armed proxies in Afghanistan.

India, on the other hand, has been the most reluctant to join the rush to embrace the Taliban. Its domestic difficulties and regional rivalries amid the coronavirus pandemic have prevented it from forcefully confronting the possibility of a Taliban return to power, but it won't be able to remain indifferent to another state collapse.

Beijing, New Delhi, and Moscow should heed the lessons learned from over four decades of war in Afghanistan. They must step up to support a sovereign Afghan state that can police itself and protect its borders from becoming prey to proxy wars. This is the only kind of state that can guarantee the security of its neighbors and protect the region from the devastating impact of a precipitous U.S. withdrawal rooted in the false notion that, unlike al-Qaeda's global terror network, local groups like the Taliban are not a threat to Washington or the international order.

Welcome to Wednesday, where NGO workers are killed in Afghanistan, two are arrested after the ...

What The U.S. Withdrawal From Afghanistan Means For Russia

Russian authorities have more than a few questions to face, including where U.S. forces may reloc...