Waiting For Biden To Take a Stand On Iran

Iranian women under an anti-U.S. banner in Tehran - Morteza Nikoubazl/NurPhoto via ZUMA Press

LONDON — Iran's Foreign Minister Mohammad Javad Zarif wants Europe to act as a troubleshooter and mediator, and ease the way for talks between Tehran and Washington. While the EU's foreign policy chief Josep Borrell may have responded positively to this suggestion, France's President Emmanuel Macron has insisted Europe would only facilitate talks if Saudi Arabia — which fears the Islamic Republic's ambitions — were included in these talks and that they addressed issues beyond the Iranian nuclear program.

Macron recently spoke with the Atlantic Council, saying Saudi Arabia and Israel must join the talks, being key partners and friends of the West in the Middle East. Iranian President Hassan Rouhani has rejected this. He recently said no section of the 2015 nuclear pact would be changed and "no person will be added" to the pact.

No hurry in Washington...

Nothing has been done yet to start talks on the United States' return to the pact, which it left in 2018, under President Donald Trump. The new administration of President Joe Biden says Iran must first show commitment to the pact's full implementation, and has dismissed Iran's preconditions to enacting its side of the bargain. The United States insists it is in no hurry to resume talks with the Islamic Republic.

State Department spokesman Ned Price recently said conditions were not yet in place for a resumption of direct contacts. However, many believe the sides have been talking in private for some time now, even before Biden's inauguration. European and U.S. officials held their first discussions about Iran's dossier on Feb. 5.

Biden has said very little so far about Iran, citing it only in relation with Yemen, when recently addressing State Department staff. In the early days of his administration, there have been contradictory signals about the Islamic Republic, which may indicate a measure of confusion. Officials say the United States should rejoin a nuclear pact, but they are not yet willing to lift sanctions on Iran. The Justice Department has even provided a U.S. court with the necessary documents to order the confiscation of a Greek tanker taking Iranian oil to Venezuela. The court will consider selling its shipment and paying the proceeds to American victims of Iranian terrorism. Bloomberg news agency said that this showed talks were not imminent.

The United States insists it is in no hurry to resume talks with the Islamic Republic.

This is corroborated by the joint military maneuvers Israel and the United States began on Feb. 4. The war games, set to end on February 16, focus on a hypothetical Iranian missile attack. The Israeli security website Axios reports in turn that the U.S. Secretary of State Anthony Blinken wants his deputy Robert Malley, the controversial nuclear dossier negotiator, to include people critical of or opposed to the 2015 pact in his team.

None of this is reassuring to Israel. Some of the country's prominent dailies have voiced concern at the fact that Biden has yet to speak with Prime Minister Benjamin Netanyahu. It is not clear of course if this is because of Iran or because of the Biden administration's anger at current Israeli policies toward the Palestinians. Yet Biden's friendship for Israel is not in doubt. Years before, as a senator, he said you needn't be a Jew to be a Zionist. The U.S. Senate — now without a Republican majority — has meanwhile approved Trump's decision to move the U.S. embassy to Jerusalem. 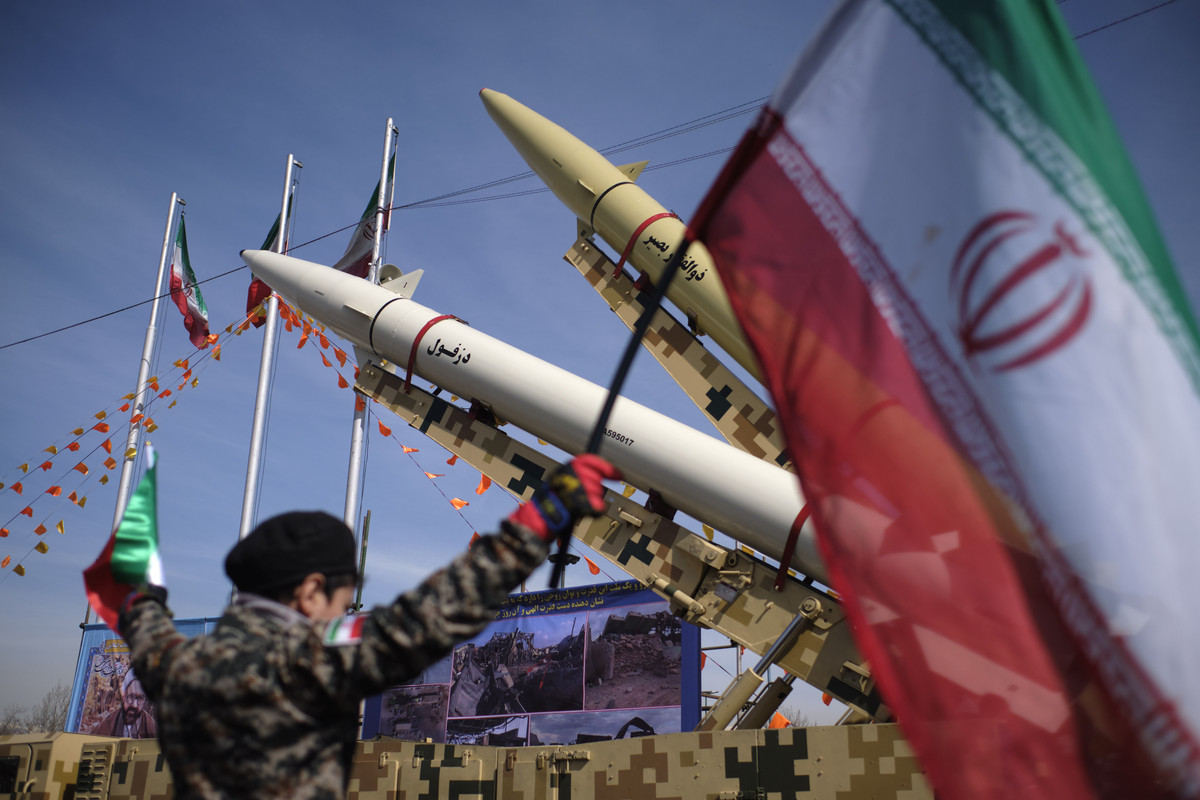 At a rally to commemorate the 42nd Victory anniversary of the Islamic Revolution in Tehran — Photo: Morteza Nikoubazl/NurPhoto via ZUMA Press

The Israelis fear that delays to the resumption of nuclear talks and their subsequent protraction will shorten the timeline before Iran would obtain its first nuclear bomb. Blinken suspects this may have been cut to eight weeks, though Israel's Energy Minister Yuval Steinitz believes it would still take six months at least.

A former Iranian diplomat, Amir Musavi, recently told Al Mayadeen, the Lebanese broadcaster close to the Hezbollah, that if America "persists in its dangerous actions," Supreme Leader Ali Khamenei could always rescind his own fatwa (or writ) banning military uses of the nuclear program. Israel's settlements minister Tzachi Hanegbi has warned in turn that Israel may have no choice but to launch its own attack on Iran, as he said the United States would clearly never do so. The Israeli armed forces Chief of Staff Aviv Kochavi has also said the strike options have been prepared. An unnamed Israeli military expert cited the three options to Kayhan London: an air strike, an air strike and cyber attack, and an air strike with commando operations in Iran.

The Islamic Republic has in turn been active, upping pressure where it can on the West and its allies.

The killing of the Lebanese academic Loqman Slim, a prominent critic of Hezbollah working to create a Shia party unbeholden to the Islamic Republic, could be a warning to Macron, who wants the Saudis included in talks with Iran. Likewise, laying out the red carpet for Taliban chiefs in Tehran sends a message to America. It was also clearly stated in a tweet by Ali Shamkhani, head of Iran's Supreme National Security Council, who recently met with the Taliban deputy-leader Mullah Abdul Ghani Baradar. He wrote that Taliban leaders "seemed to me to be determined in their struggle against" the United States. He was apparently impressed by "a man's ongoing struggle" in spite of "13 years of torture in Guantanamo."

Certain Taliban chieftains have mentioned receiving Iranian arms and money in the past. Like a former commander in Afghanistan's Faryab province, who has said the Taliban are not independent but led by Iranians, Pakistanis and Chechens. And their commander in the Badghis province, who mentioned receiving arms and money from the Islamic Republic, Pakistan, China and Russia.

Fueling violence in Afghanistan and Iraq, and especially egging on attacks on American soldiers in those countries, may be another of the cards dealt to further pressure the Biden administration into reconsidering the sanctions... and the nuclear deal.

Besides partially destroying a key nuclear installation, the suspected sabotage at the Natanz ura...

There are the laws of the nation, then there's what grandma says. Those two codes collided in a ...