Paris has considered Chad's army to be the most solid, experienced and tenacious in the region. But the death of Idriss Déby could change the dynamics in the French-backed fight against jihadists in the Sahel region of Africa.

The strategists of Operation Barkhane could not have imagined worse news. The announcement Tuesday of Chadian President Idriss Déby's death as a result of his wounds "on the battlefield" has stunned the French military. This authoritarian leader, who has been in power for more than 30 years, had been their main ally in the fight against terrorism in the vast Sahel region of north-central Africa. And now, this key player in a protracted war that began in 2013 is gone.

Military cooperation between France and Chad dates back to 1986. And as soon as France launched the regional anti-jihadist Operation Barkhane in 2014, Chad hosted its main command post. Since then, it is from the capital of N'Djamena that most of the actions on the ground are centralized and coordinated — even though the French military has forward bases in Mali. N'Djamena is also one of the two air bases — along with Niamey, in Niger — from which Barkhane planes take off.

Chad has also always been the largest contributor to the G5 Sahel joint force (about 1,850 soldiers out of 6,000). This military coalition composed of troops from Burkina Faso, Mali, Niger, Chad and Mauritania have been supporting the French military since 2017. The Chadians have also always been among the most committed within the United Nations Multidimensional Integrated Stabilization Mission in Mali (MINUSMA), considered by Paris to be indispensable on the ground, with nearly 1,500 men out of 13,000 blue helmets.

Chad's first reflex will be that of internal security.

Paris has considered Chad's army to be the most solid, experienced and tenacious in the Sahel. "They are always the first to want to go into battle, unlike some armies. They manage to win on the ground," says a Sahel-based security source.

At this stage, observers are divided on the consequences that Idriss Deby's death could have on Chad's military commitments in the region. Some, such as Remadji Hoinathy, a researcher specializing in this country at the Institute for Security Studies, a South African think tank, forecasts "a period of uncertainty."

A West African diplomat adds: "Chad's first reflex will be that of internal security above all."

If Chad winds up reducing its security commitments, this would pose a problem, particularly in northern Mali. This is a zone where their bravery is appreciated, but where they pay a heavy price. On the MINUSMA memorial, the Chadians have the most names, with 75 soldiers killed since 2013. 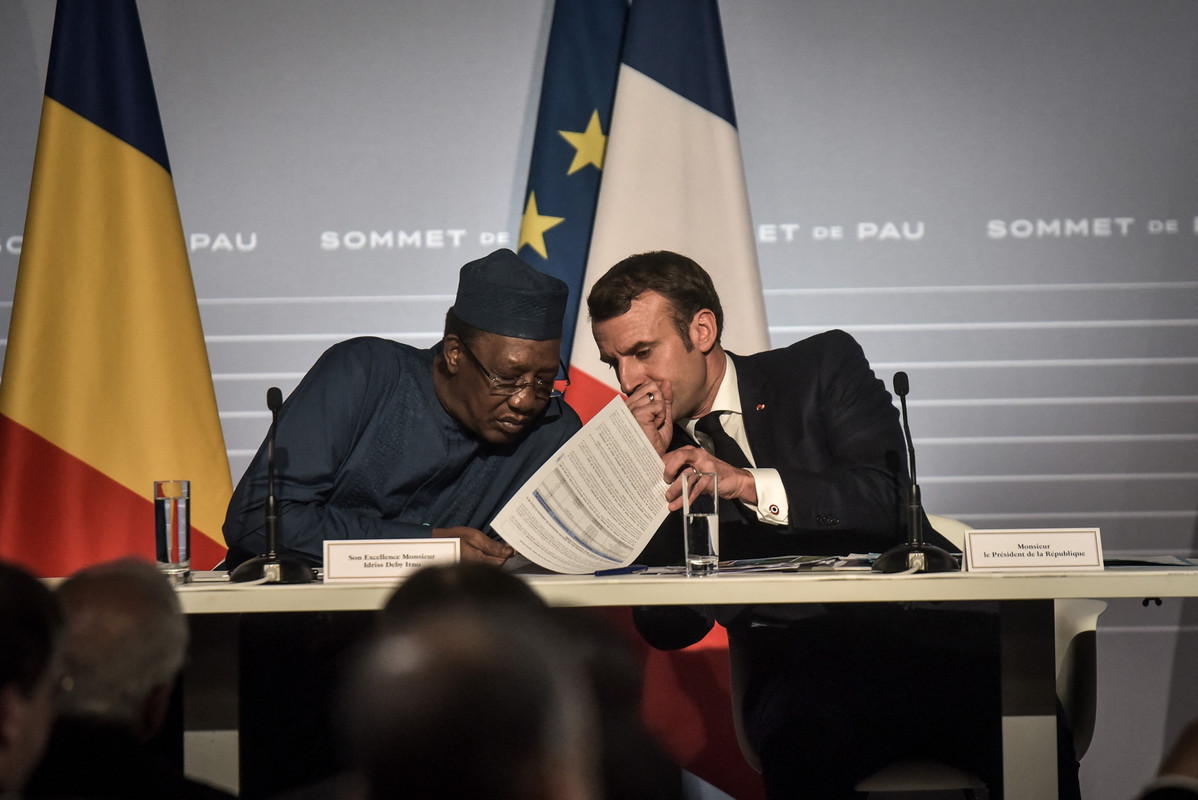 On April 2, Chadian peacekeepers again distinguished themselves in a battle at Aguelhok, considered by some observers to be one of the major jihadist defeats in recent years. After an assault by at least 200 fighters, they reportedly lost four men but inflicted more than 40 deaths on the jihadists, including some important leaders. A security source says the operation was probably piloted by the leader of Al-Qaeda in the Sahel and "Public Enemy No. 1" of France, Iyad Ag Ghali.

If Chad is considered by Paris as a strong link in the anti-Islamist front, this opinion is also shared across the region. As soon as Idriss Déby's death was announced, African leaders lined up to praise the marshal's "commitment" to the fight against terrorism in the Sahel. Malian President Bah N'Daw was the first to express concern about this issue, stressing "a heavy loss, not only for [...] Chad [...] but also for the Sahel region and Africa."

There is no guarantee that the pro-French, proactive military line, will be maintained.

Still, in recent years, the Chadian army, like others in the region, has been regularly accused of committing abuses. In early April, Niger's National Human Rights Commission published a report on events that took place on its territory. The report targeted Chadian soldiers deployed as part of the G5 Sahel joint force, who were accused of raping at least three women in late March, including an 11-year-old girl.

Since Déby's sudden death, one of his sons has been appointed to head a transitional military council, but there is no guarantee that he will maintain his father's pro-French, proactive military line. Operation Barkhane had already been confronted with a major political reversal following the coup in Mali in the summer of 2020. But these new uncertainties are now added to the multiple difficulties facing the forces engaged in the Sahel and their European supporters.

Welcome to Tuesday, where Chad's president is reportedly killed on the front lines, Minnesota ...

An iconic image from Italian photojournalist's reportage from Chad, which won the World Press Pho...