The presence of the faithful at Mass, regardless of the threat to their health and lives, is essential for the Church to physically survive. And the state is an accomplice.

WARSAW — We're going through another complete lockdown in Poland, which costs the economy 1.3 billion zlotys (280 million euros) a day — and churches are still open. What's more, before Christmas, the nation's Catholic bishops issued a statement encouraging the faithful to attend mass "out of concern for their health."

Unfortunately, they fail to mention what the "concern for health" is supposed to be, or what specifically should be done to preserve it. That's a pity, because I sure would like to know.

I don't understand the difference between attending Mass for health reasons, and having dinner in a restaurant, meeting with one's family, going to the movies or museums, or even going skiing. "Out of concern for one's health" ... whose health exactly?

I would very much like some representatives of the PiS ruling conservative party and the Church to explain this to me, because I really don't understand.

I must admit that such statements in the time of the third wave of the epidemic, in the face of a record number of deaths and the collapse of the health service, at a time when Polish businesses are falling into debt and going bankrupt, families facing poverty.

This is an exceptional impudence on the part of the Episcopate, even by its already flagrantly low standards. It is also an expression of a complete lack of attention to the world at large, a lack of sensitivity to the needs of not only its own believers but to the whole of society. This has been the case for too long with the Catholic Church in Poland, a complete egoism and lack of concern for anyone other than themselves and anything other than their own interests. 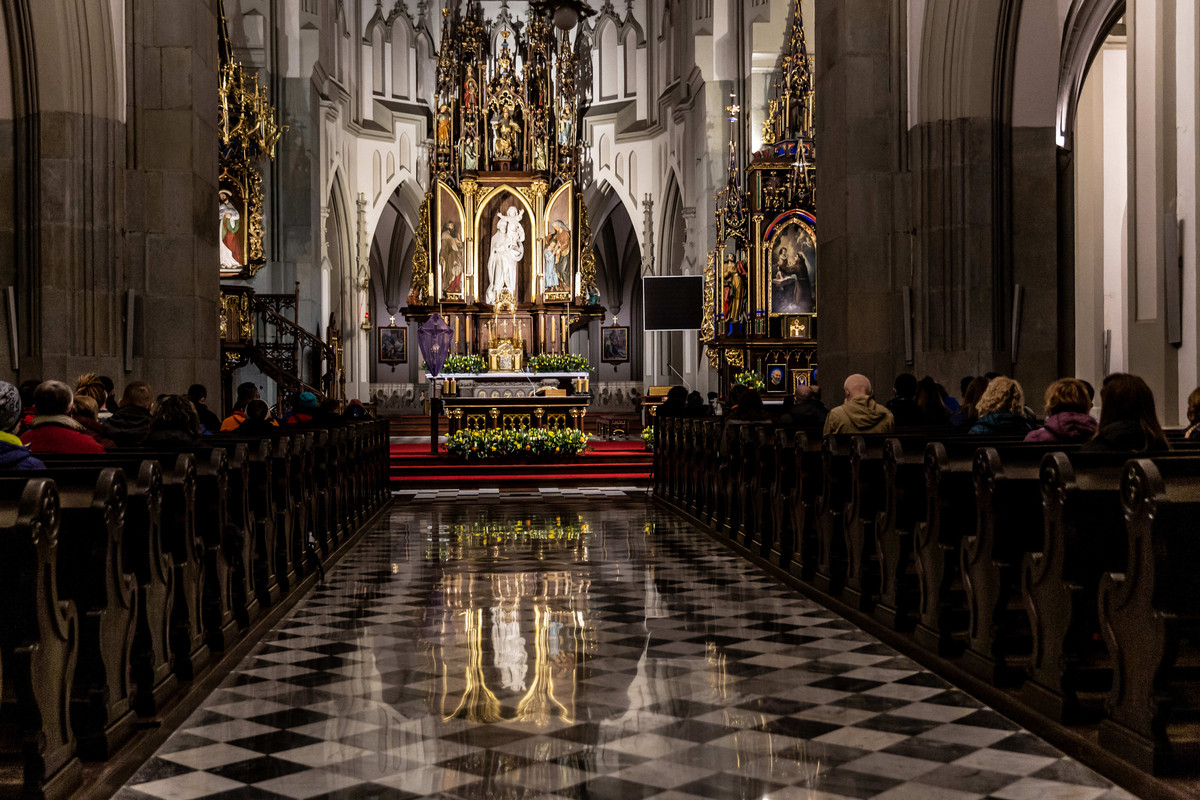 The reasons are, of course, clear. The attendance of the faithful at Mass, regardless of the risk to their health and lives, is essential for the Catholic Church to maintain its rituals so that this deeply sick institution can physically survive. When I say deeply sick institution, I mean an entity completely devoid of a deeper interiority and content, without values as its foundation — such as authenticity, truth and righteousness, respect for others, compassion and integrity.

I think that the Polish Catholic Church has been like that for a long time: empty, false, greedy and filled only with meaningless rituals and gestures, as well as discourses devoid of value. This explains why it needs the sacrifice of believers' lives to survive, because if they don't show up in churches, nothing will conceal the truth about this institution. The truth that the Polish Church has nothing to do with spirituality or God, but is an unscrupulous, cynical, greedy and law-ignoring soulless corporation, which is only interested in profit and its own survival.

It is outrageous, however, that the state authorities allow such a double standard, blatently supporting the idea that priests and the Church are above the law and tolerating this shocking lack of solidarity.

Indeed, solidarity is essential now more than ever, not only because it allows us to survive a pandemic, but because it is also pragmatic and egalitarian. Indeed, in a church, one gets infected just as much as in a cinema or a restaurant. Moreover, if shopkeepers and services providers are going bankrupt, the Church too could bear the discomfort of empty temples.

This hypocrisy also exposes the true intentions of the PiS party: If the government cared about citizens and their health and lives, it would close down the churches, just as it's closed everything else.

What Ireland Can Teach Poland About Abortion Rights

The 2012 death of Savita Halappanavar, who was unable to get an abortion in Ireland, set off nati...