So far there's been little obvious effort to hold authorities accountable for the rising number of people — especially Muslims, Dalits and other minorities — who die while in police custody.

In the crime-thriller Visaranai, by director Vetri Maaran, four Tamil migrant workers are picked up, beaten and tortured by police in Guntur for a crime they did not commit, all so that the police, under pressure from the high-ups, can close a high-profile case. Isn't this how most cases get closed in our country?

The film offers a powerful, uncompromising take on the disturbing reality of police brutality, power politics and caste and religion-based discrimination. It is based on the autobiographical novel Lock Up by M. Chandrakumar, a Tamil auto-rickshaw driver, who along with his friends was picked up and tortured by police for a crime he did not commit and survived to tell the story. Visaranai was also selected as India's official entry to the Oscars in 2016.

More recently, on June 19, P. Jeyaraj, 58, and his son Bennix, 38, were arrested for allegedly violating the lockdown rules of the state by keeping their store open past the allowed hours in Tamil Nadu. Two days later, they died as a result of abuse inflicted by the police.

The growing outrage on social media over the deaths of Jeyaraj and Fenix put a massive spotlight on custodial deaths. Citing the injuries on their bodies and the judicial magistrate's report, the Madras high court green-lighted an investigation against the police officers involved. So far, a murder case has been registered and five policemen have been arrested.

A recent report by a rights body against custodial torture across the world reveals a disturbing scenario in India — 1,731 people died in custody in 2019, mostly from vulnerable communities, Dalits and Muslims. Of those victims, 1,606 died in judicial custody and 125 people in police custody. The report also highlights some of the most horrifying but commonly used torture methods. More generally, it offers an unflinching picture of a widespread, gruesome practice that is prevalent across the country, a scenario where deaths only count as numbers, and justice is denied forever due to power politics.

Police brutality is, undeniably, actively practiced as part of routine procedure to extract confessions from suspects and often to manipulate the truth.

In April 2019, Nabbir, a prisoner in Tihar Jail, complained that the superintendent forcibly burned the symbol "Om" on his back. In September 2019, in Darrang district in Assam, Minuwara Begum, 28 and pregnant, was picked up by police in an abduction case and kicked in her belly. She lost her child due to miscarriage as a consequence of the ruthless treatment by the police. In September 2019, Diwakar Kumar, 30, was tortured at Mufassil police station in Samastipur, Bihar.

Custodial deaths cannot be and must not be viewed in isolation. When law enforcement agencies become perpetrators of violence, it becomes an ominous case of abuse of authority and discrimination against caste and religious minorities under the privilege of impunity — all backed by a silent state. 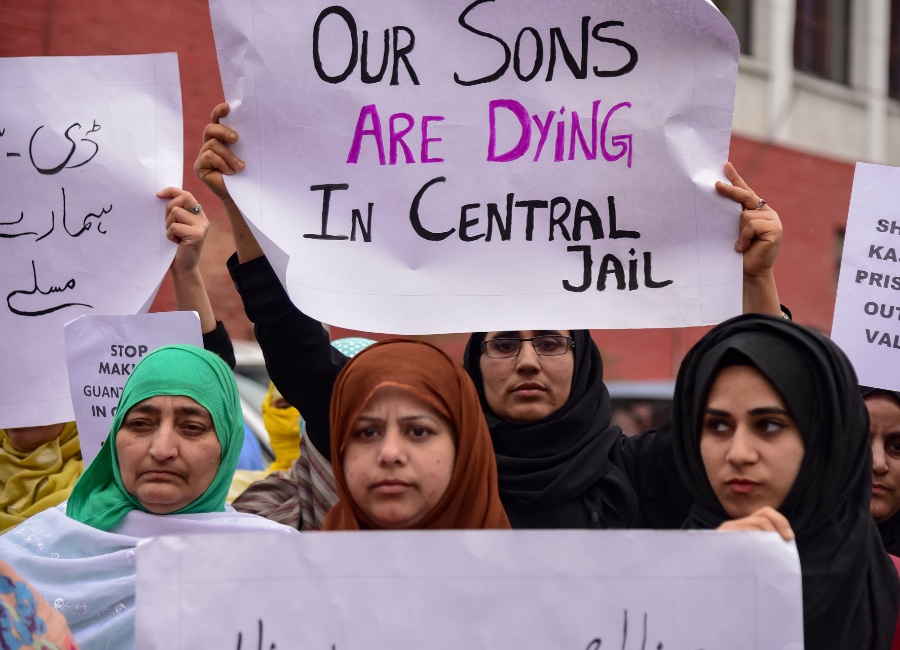 Police brutality is, undeniably, actively practiced as part of routine procedure to extract confessions from suspects and often to manipulate the truth. According to data provided by the National Crime Records Bureau, about 100 people died in police custody in 2017, and yet there were no convictions. A Human Rights Watch report released in 2016 probed custodial deaths, arrest procedures, victim's family accounts and impunity of the police which conveniently misreports custodial deaths as suicides, or deaths due to illness or natural causes.

Following the death of George Floyd at the hands of the police in the United States., there have been resilient protests around the world, paving a crucial way towards condemning police brutality and rightfully demanding a humane police force. I find it difficult to appreciate prominent voices of India condemning the brutality and injustices against African Americans but remaining silent on the brutality and injustices against Dalits, Muslims and the poor in their own country. The problematic attitude of those with money and class privilege has normalized acts of police brutality and encouraged a culture of impunity.

The fragile relationship between the state and public is largely dependent on the fundamental respect of human rights.

As a citizen belonging to a religious minority in India, the fear is so deeply entrenched that when Safoora Zargar was arrested, like many, I too feared for her and her baby. Because, undeniably, police brutality has been used as a weapon to bury the truth and dissent.

Police officers being convicted for custodial deaths is a very rare headline. The increasing number of custodial deaths but zero convictions present an urgent narrative demanding meticulous examination of systemic flaws rooted in a culture of impunity, corruption, discrimination, eroding justice system and power play compounding to violation of human rights. If this is how it is, we need to question the very fundamental values of our system that endanger the lives of the most vulnerable, namely Muslims, Dalits, tribals and women. We need some dire measures to be implemented.

First, end impunity of police so that there's finally some accountability. The fragile relationship between the state and public is largely dependent on the fundamental respect of human rights. The Supreme Court's 2006 order to establish police oversight bodies will give freedom to every citizen to file a complaint against policemen for any act of misconduct. Except for a few in states, this order has been gathering dust in cupboards.

Second, there is need for structural reforms like rebuilding the foundational training programs for the police force, focusing on human rights, dismantling the established mindset of discrimination leading to hate crimes inside the prisons, and building a regular process of scrutiny to ensure that law and safety of individuals are abided by.

Third, every country and every state deserves a police force that respects human rights and does not toy with the lives of its citizens. If people don't feel safe around the police, what is the point of having them? How many of us have felt reluctant to approach a police officer in our times of need? How many of us have felt that sudden moment of anxiety on seeing police in the vicinity?

In the world's biggest democracy, it is ironic to see the police force, which is meant to be a law enforcement agency, become a perpetrator of violence and take the lives of so many — and with the state as an accomplice. It should be noted that India has yet to ratify the 1987 United Nations Convention against Torture. The government's silence on (the many) custodial deaths is testimony to its thick-as-thieves relationship with the institutions of justice and law.

*Arsheen Kaur is a writer and development communications specialist based out of Delhi and Toronto. She is a film studies and English literature graduate from Jamia Millia Islamia. She tweets @arsheenhere.