Decoded data from messaging services have given the authorities in Germany a new weapon in the fight against gang crime, as shown in the latest raid in Berlin. Criminal families are feeling increasingly uneasy.

BERLIN — They arrived in the early morning. Some 500 police officers from Berlin and Brandenburg, officers from the state criminal investigation department, the riot squad and the counter-terrorism and special operations unit GSG 9. They stormed houses, apartments and a convenience store in Berlin, as well as two locations in Brandenburg. As they later announced without any fanfare, 30 search warrants were executed at 22 locations. Two men were arrested, members of the Remmo clan, an Arab gang made up of one extended family.

The raid targeted suspects accused of organized arms and drug deals, assault and tax evasion, among other crimes. The perpetrators were suspected of storing drugs in warehouses in Brandenburg, packing them into barrels and transporting them to Berlin.

What took place under cover of darkness that Thursday morning was another strike against organized crime in Berlin. In November 1,600 officers were deployed there to track down jewels stolen from the Green Vault museum in Dresden. The Remmos are also suspected of being behind the theft. But what do these raids mean for the broader fight against gang crime?

The criminals thought they were safe from police monitoring, so they communicated with each other freely.

A few years ago, it seemed to many observers that members of certain extended families were untouchable. Benjamin Jendro from the police trade union remembers a time when criminals went unchecked, without fear of consequences. They sold shisha without paying duty and went to the job center wearing Rolexes on their wrists. No one reported them because they didn't dare, or they thought it was pointless. Even when a clan member found himself in court, says Jendro, he often got away with nothing more than probation.

The main suspect arrested by police on Thursday is also thought to have benefited from state leniency. Der Spiegel reports that he is a 44-year-old male originally from Beirut. He came to Berlin with his family in 1982 and, in 1995, was sentenced to more than 4 years in juvenile detention for dealing heroin. The authorities said he had "not successfully integrated into the local culture" and ordered him to leave Germany "for reasons of public security". However, according to Der Spiegel, he has not been deported for the last 25 years because of missing travel documents from his home country.

In the meantime, the authorities have changed tack. In 2018, the Berlin Senate and police set out a five-point plan for combating gang crime. It included punishing smaller misdemeanors, seizing criminal assets, preventing money laundering, helping ex-gang members to build new lives and improving cooperation between different authorities. Other German states have also started targeting certain extended families. Politicians speak of a "strategy of a thousand cuts". The idea being that one little cut may not hurt, but many do.

So the police are now repeatedly storming apartment buildings, searching homes, taking away computers and arresting suspects. In autumn and winter, four of the Remmo clan were arrested on suspicion of being involved in the Green Vault jewelry theft. A fifth suspect from the family is still on the run. 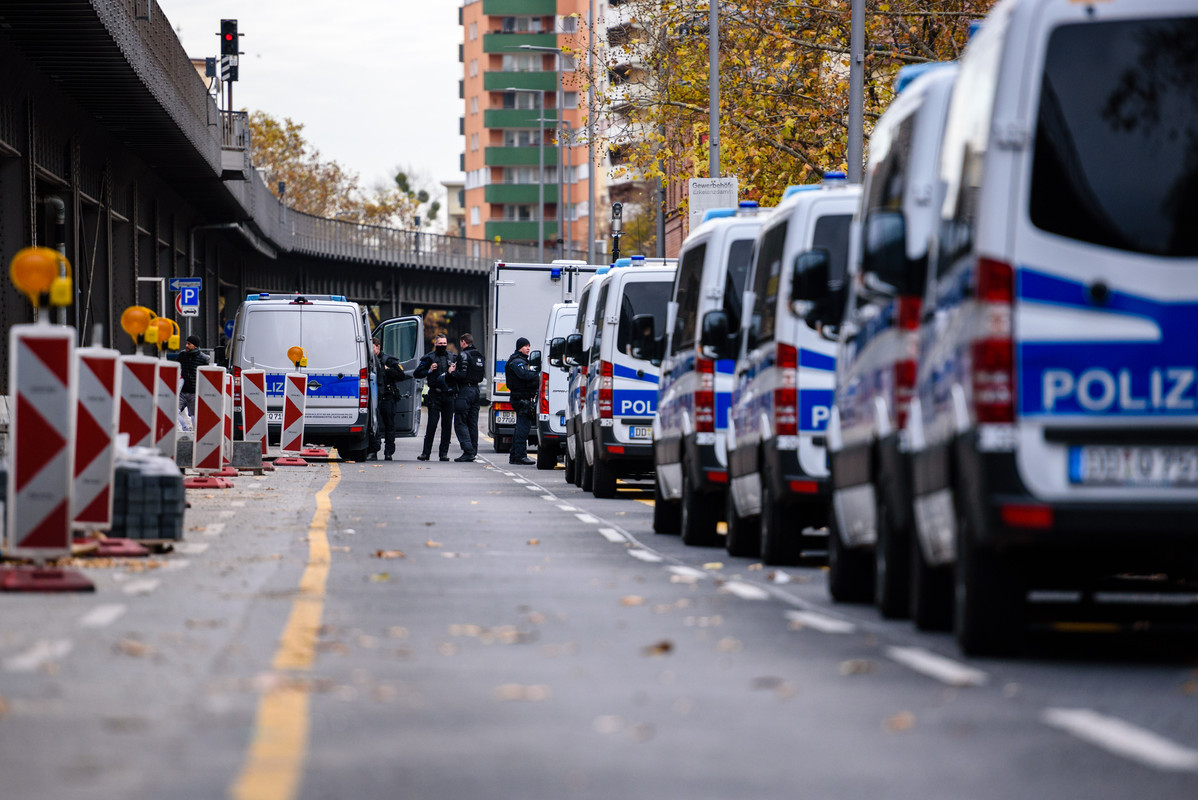 But there was something new about Thursday's raid. As senior public prosecutor Thorsten Cloidt explained, the arrests were the result of decoding data from messaging service EncroChat. The message records were sent to Berlin by the French authorities via the German Federal Office of Criminal Investigation. They raised urgent suspicions, which led to the arrest warrants.

Of course, the police have always had knowledge of serious crimes, drug deals and arms deals, says Cloidt. "But not with the same clarity that we now have through EncroChat." The criminals thought they were safe from police monitoring, so they communicated with each other freely.

Police had called this messaging service "Whatsapp for gangsters". It has since shut down. Last year, Dutch and French security agencies intercepted more than 20 million private messages. Their infiltration of EncroChat's infrastructure sent "shockwaves through organized crime gangs across Europe", according to the authorities.

And this included the Berlin clans. "Raids make the gang members uneasy, they destabilize the gang scene," says Jendro. "We are seeing a lot of searches. It's not just about serious crimes, but also minor misdemeanors. That's at the heart of the strategy." No one likes it when a hundred-strong police force storms their shisha bar, or their car is seized.

It's a powder keg waiting to explode.

Jendro thinks it's good that the police are now targeting criminal clans more strongly, but he says there is also a danger. "If we focus solely on these Arab extended families, that then benefits other organized crime groups – the Italians, the Russians, the biker gangs." He says the police need more officers if they are going to be effective.

In Berlin, it is already clear that other groups play a role and that the different gangs are often in conflict with one another. The spark for the latest raid was a power struggle between the Remmo clan and Russian nationals with Chechen origins. Towards the end of 2020, the two groups often clashed with each other.

On Nov. 7, a group of Chechens armed with clubs and knives attacked a convenience store in the Neukölln borough of Berlin. The store is thought to be linked to the Remmo clan. Shortly afterward, a Chechen was attacked by a group of men at a station in the north of Berlin. The 44-year-old main suspect in the raids is believed to have been involved, although, according to the public prosecutor's office, he was being monitored and had an electronic ankle tag.

Members of the Chechen gangs used to be seen by police as "mercenaries", formerly at the service of the clans. They looked after protection racketeering, for example. Over the last few years, however, they have increasingly tried to compete with their former bosses, which has led to territorial disputes. "It's a powder keg waiting to explode," says Jendro. "Two groups that have access to weapons are clashing with each other – and they accept deaths as collateral damage."

After Thursday's raid, Berlin's State Minister of the Interior Andreas Geisel (SPD) was even more determined: "We will see this through. We will not take a backward step in the fight against organized crime. No matter who is controlling it."