French Teacher Beheaded: A New Attack On Freedom Of Speech

Recalling the "Je suis Charlie" slogan, an "I am (a) teacher" sign in solidarity with the victim. - Arnaud Dumontier/Maxppp via ZUMA

Le Monde's editorial board warns that the brutal killing of a middle school teacher is another direct attack on the same basic freedoms targeted in France since the Charlie Hebdo murders in 2015.

Friday evening in a small town north of Paris, a history and geography teacher was attacked and beheaded by an 18-year-old Islamist terrorist of Chechen origin, who was later killed in a standoff with police. The teacher had been the target of a local backlash that spread on the internet after he'd shown cartoons of the Muslim prophet to his class of 13 and 14-year-old students in a lesson about freedom of speech.

PARIS — The fight against terrorism is a long-term endeavor: We see that again in the gruesome murder of Samuel Paty, a 47-year-old history and geography teacher in a Paris suburb. Nearly six years after the killings of six journalists at the office of the satirical weekly Charlie Hebdo, freedom of expression is once again the target of an act of barbarism. And it is once again an intellectual, whose profession and convictions call on him to defend diversity of opinion and religion, who has paid with his life. Paty, who earlier this month used Charlie Hebdo cartoons in a moral and civic education class, was murdered outside his school in the town of Conflans-Sainte-Honorine.

We will be able to argue endlessly, as we like to do in France — and as we are so lucky to be able to do — about the circumstances of this latest assassination, about its perpetrator, about the conditions in which he was able to act and to be in France. We will be able to debate the policies of governments to combat the scourge of radical Islamism: the strategies, the priorities, the means. These arguments are inevitable, debates that are indispensable in any democratic society.

The heart of our history, our identity and our culture is under attack.

But none of it changes the essence of what happened. A man was savagely killed, in a premeditated manner, because in his teaching, he integrated the freedom to think, to say, to write and to draw. This freedom must be taught. It is part of the founding values of our country. It is at the heart of our history, our identity and our culture — and it is under attack.

It has been under constant attack over the last few years in France. When, on Nov. 13, 2015, terrorists struck the Bataclan and Parisian cafés, their target was the freedom to live in a diverse society and listen to music. When, on July 14, 2016, families who came to watch the fireworks in Nice were massacred, it was the freedom to gather for the national holiday that was targeted.

The French have learned to live with the threat of terrorism, but they probably hadn't grasped the extent to which it has remained present, as shown by the number of attacks thwarted by the police. Our precious freedoms indeed remain fragile, and must be protected: The assassination of the teacher comes in the midst of the trial for the perpetrators and accomplices in the Charlie Hebdo attack and just weeks after a knife attack in front of the former premises of the weekly publication. 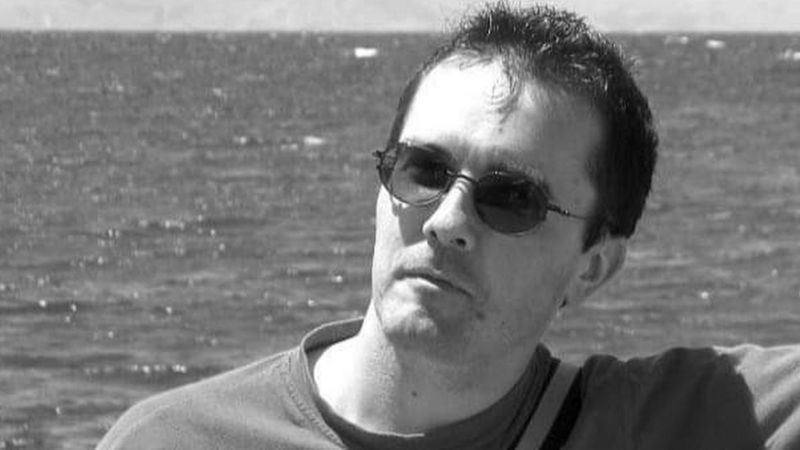 Samuel Paty was a well-liked and respected teacher.

This new attack coincides with the introduction of curfews in nine French cities, which aim to curb the spread of COVID-19. In announcing these measures on Wednesday, President Emmanuel Macron appealed to French solidarity in the face of the health crisis. "We need each other," he said. "We will overcome this crisis, together." He repeated this call for unity on Friday evening, this time in the context of the fight against terrorism and what he defined, in a speech delivered two weeks ago as "Islamist separatism." We must "all stand together," said the head of state. "They will not divide us."

On Jan. 11, 2015, millions of French people, outraged by the attack at Charlie Hebdo and subsequent killings on the street and at a kosher supermarket — targeting journalists, cartoonists, policemen and Jewish residents — took to the streets to demonstrate their commitment to the values under attack. Today, in the face of crises of both public health and societal values, the mobilization and solidarity of French people of all origins, all opinions and all religions are more necessary than ever.