New Zealand To Niger: 8 *Other World Elections That Matter

Democracy (and other things) at work on every continent in the next few months. - Talha Siddiqi

*Other than Donald Trump's jaw-dropping push for a second term, we will also see Maduro's Venezuela and Myanmar (also) testing the limits of democracy in the coming weeks.

This year's U.S. presidential election is sucking up even more global attention than previous runs for the White House. America's global influence is undeniable, as is the current president's knack for making noise. There is no doubt Worldcrunch and other international media will continue to follow the U.S. campaign until Nov. 3 — but from New Zealand to Ivory Coast to Venezuela, the stakes are equally high at ballot boxes around the world in the coming weeks and months. Here's a rapid-fire glance at eight key global elections that shouldn't be ignored:

• Who: Prime Minister Jacinda Ardern, leader of the Labour party, is running for reelection.

• Context: After she became the youngest female world leader at the age of 37, Ardern went on to garner international praise for her response to last year's Christchurch terror attack against Muslims, as well as the ongoing efforts to keep New Zealand comparatively safe from COVID-19. Though some have remarked on the relative civility of the New Zealand race in sharp contrast to national elections elsewhere, her main rival, the conservative National Party's Judith Collins, has not held back on attacking Ardern, calling her a "liar" about COVID policies, The New Zealand Herald reports.

• Why It Matters: If Ardern's Labour party scores big on Saturday, some may see a sign for the upcoming U.S. election — finding support for the prime minister's message of ethnic harmony and her hard-and-fast trust in the recommendations of medical experts in responding to the pandemic. But no matter how it goes, Wellington is ways away from Washington.

• Context: This vote follows massive demonstrations last October, as Chile confronts deep economic inequality. Current President, Sebastián Piñera, a member of one of the wealthiest families in the country, is scrambling to boost his low popularity. The current Chilean constitution is a remnant of former dictator Augusto Pinochet, and many feel that it needs to be rewritten to strengthen democracy and clearly outline government spending to redistribute resources.

• Why It Matters: The vote, which was originally scheduled for April 2020 but moved due to the pandemic, is coming ahead of other important votes over the course of the next year, from regional to presidential elections. The timeline leaves room for political uncertainty, as the new constitution may not be finished before a new presidential candidate takes office, and could put aspects of their power into question. Furthermore, America Economia reports that since COVID, Chilean unemployment levels are at their highest in a decade. Conditions could become ripe for unrest in what has been one of Latin America's more politically and economically stable countries in recent years.

• Who: The Georgian Dream, the current ruling political party strategically allied with pro-Russian and far-right political organizations; the center-right, populist United National Movement (UNM); and European Georgia, which split from the UNM in 2017.

• Context: Constitutional votes in 2017 and 2018 gave the Georgian parliament significantly more power, as the next president will be decided by an electoral college. There have been reports of the Georgian Dream buying votes in previous elections, and it looks like the election will be heated as physical altercations have already occured between opposing parties, involving the assault of five journalists.

• Why It Matters: Given the recent controversy surrounding corruption and voter fraud during elections in Belarus, the neighboring EU will keep a close eye on this election. Germany has sent 37 observers to monitor the vote, as keeping this former Soviet nation as free as possible from corruption and the sway of Vladimir Putin.

• Context: The announcement of ADO's controversial decision to run for a third term, which is not permitted by the Ivorian constitution, provoked a violent outbreak that led to a dozen deaths. According to Le Monde, while the constitutional council accepted ADO's bid to run, they rejected 41 other contenders — including the popular former President Laurent Gbagbo, whose refusal to admit defeat to ADO in 2010 led to riots that killed some 3,000 people. Of the three other candidates, two have notably weak public support, and the third, Bedie, is a known ally of ADO.

• Why It Matters: Francophone west Africa's biggest economy, the Ivory Coast has seen it's fast-growing market stagnate significantly since COVID hit. Any political instability will only bring the economy farther down, and deter private investment — not to mention play into the hands of the violent extremist organizations plaguing western Africa. The African Union, the Economic Community of West African States and the UN have already attempted to send diplomatic delegates to implore for a "peaceful and inclusive" election.

• Context: Historic protests last year put an end to two decades of government under president Abdelaziz Bouteflika. In an effort to respond to the protest's demands for more government transparency, a new constitution is being considered that includes limiting presidential rule to two terms and facilitating inquiries into government work. Politicians and activists from various other parties, however, feel there was not enough open debate when drafting the new version. According to Le Point Afrique, many feel the proposed constitution would create an unclear system that is neither presidential nor parliamentary.

• Why It Matters: Algeria is a member of the African Union, which has been plagued by "third-termism," or corrupt presidencies that maintain power past two terms. It is also a member of the Arab League, where many member countries are still wading through the aftermath of the Arab Spring. A new constitution could be the foundation of a strong democracy that could pave the way for other countries in the region looking to push out despots in a nonviolent manner — or it could backfire and deepen political instability. It would be an enormous feat for Algeria as, according to the ex-colonel of the Algerian secret service Mohamed Chafik Mesbah, "Contrary to Western countries, legitimacy in Algeria is acquired after the fact; It is not a prerequisite, but a result."

• Who: Over 7,000 candidates for parliamentary, state, and local elections.

• Context: It's only Myanmar's second free election since its transition from military rule, although 25% seats in parliament are reserved for the military. Information on all of the candidates can be found on an app dubbed mVoter 2020, yet the app has been criticized for displaying the race and religion of both the candidates and their parents in a country where over 40% of the population belongs to a minority group.

• Why It Matters: Although the ruling party's Aung San Suu Kyi won the 1991 Nobel Peace Prize, she has since been denounced for turning a bling eye to the continued genocide of the Rohingya, a minority Muslim group. Human Rights Watch is particularly concerned about this election as Rohingya Muslims are largely barred from voting, and the government has a history of legally attacking critics. The country's ethnic and political divides have already posed serious problems for international organizations and companies working within Myanmar.

• Who: More than 14,000 candidates from 100 different political tendencies and representing the 87 electoral districts are running for the 277 seats in Parliament (and as many substitutes deputies).

• Context: Called by President Nicolás Maduro, these elections have been dismissed as "irrelevant" and "fraudulent" by the opposition, which currently controls the majority in Parliament and defies the authority of President Nicolás Maduro. In January 2019, opposition deputy Juan Guaidó proclaimed himself "interim president" of Venezuela, winning the support of the United States and neighboring countries. Back in March, 50,000 electronic voting machines were almost all destroyed during an arson attack claimed by an unknown far right group.

• Why It Matters: In the midst of years-long political and economic turmoil in one of the world's leading oil exporters, the elections are under close scrutiny from the international community, which has in large part indicated that it doesn't recognize the legitimacy of Maduro's rule. The European Union said it couldn't send observers because Maduro notified them too late, while the U.S. has already determined that the election will likely be rigged. 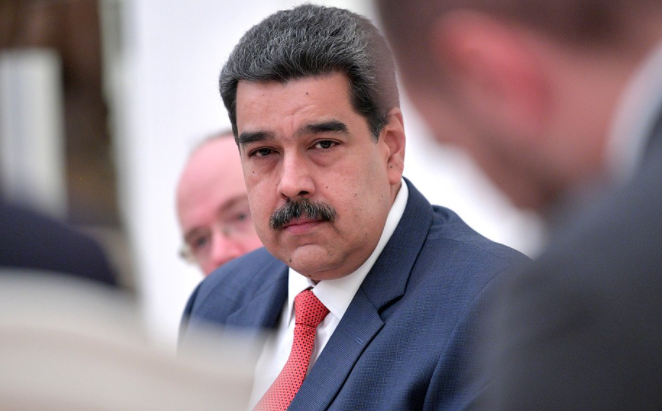 • Who: Mohamed Bazoum, the ruling Nigerien Party for Democracy and Socialism's selected Interior Minister; General Salou Djibo, former head of Niger's military junta, candidate for the Peace-Justice-Progress (PJP) party. The main opposition, Moden Fa Lumana, is also expected to present a candidate but is currently in the middle of legal battle over the party's leadership between Hama Amadou and Noma Oumarou, as reported by Medafrica Times.

• Context: This vote is a very symbolic step towards democratic transition as it marks the first presidential election since term limits have been officially decreed. However, it is also expected to be a rerun of the 2016 election during which current President Mahamadou Issoufou was suspected of actively silencing the opposition by having Hama Amadou arrested over suspicion of child trafficking. According to experts interviewed by AllAfrica, the current Nigerien leader is likely to have a successor already in mind to protect his interests and legacy.

• Why It Matters: Niger is a very active ground for islamist groups and faced an unprecedented number of violent attacks in 2019, causing 271 deaths. Due to battles against Boko Haram and ISIS, Issoufou gained important support from the Western world and became a trusted ally. Meanwhile, the country is the world's fourth largest uranium producer and nations who invest in its mining scene like France and China will be closely watching the results.

It was the kind of definitive piece of information that has been rare since the COVID-19 ...

Eyebrows, Nods And Elbow Bumps: Handshake Alternatives Around The World

Humans have been greeting each others with handshakes for thousands of years. Are we witnessing ...