The impact of coronavirus on Brazil's public health and economy is devastating. Here are some statistics to consider: The total number of infections there is approaching eight million (third highest in the world) and the number of deaths attributed to the virus is nearing 200,000 (second highest in the world). The declining mortality rate, while still 2.2% above the world average, is probably overstated as infection numbers were initially underestimated. As testing detects more infections, it also means a fall in the mortality rate. In any case, tests carried out have only covered 12.5% of the population. In Argentina the rate is below 10%.

Many analysts attribute the elevated number of cases in Brazil to a lax state policy on social distancing and restricting mobility, accusing President Jair Bolsonaro, like President Donald Trump, of underestimating the pandemic's impact and putting the economy above health.

A rapid analysis of presidential speeches and quarantine measures taken would seem to confirm this view; and yet, a comparison of contagion per million inhabitants and of indicators on effective isolation suggest a more complex evaluation is needed.

While contagion rates in Brazil are indeed four times the global average and above those of countries that imposed lockdowns, they were also below those of certain countries that took stricter measures, casting doubts on the effectiveness of restrictive decisions. An analysis of statistics on personal mobility is relevant here.

Currently in Brazil, the University of Oxford's "stringency index" is at 60%, while figures on the effective mobility of persons show more movements now than before the pandemic.

The imposition of social distancing greatly impacts the development of the economy, it being the only effective mechanism preventing the spread of the virus while destroying the foundations of movement and commerce. 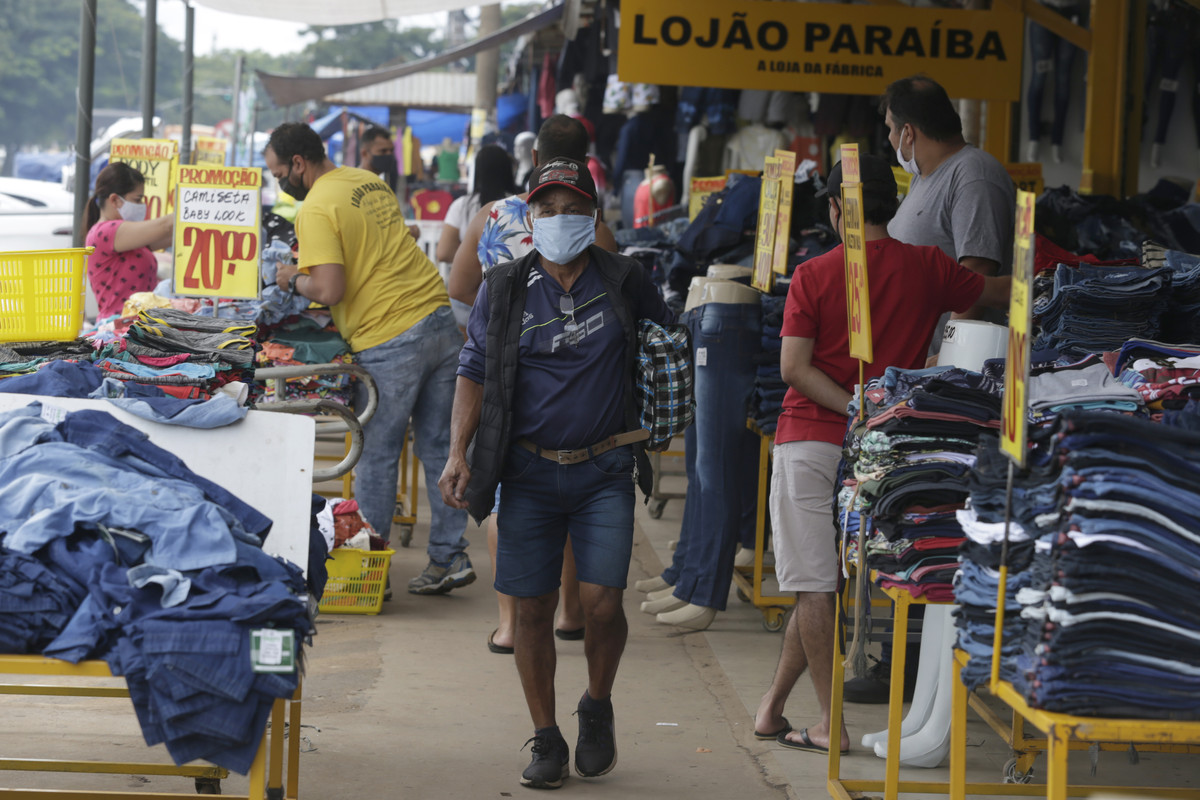 The total number of infections is approaching eight million in Brazil — Photo: Xinhua via ZUMA Wire

Since then both indicators have followed an identical, month-by-month recovery.

The Brazilian economy's evolution is remarkably similar to the United States', as are the two governments' reactions. Small contractions in the first term (-1.3% and -1.6% respectively), implosion in the second term during the toughest lockdown phase (-9% and -9.6%) and subsequent recoveries (7.4% and 7.7%).

The experience of almost all countries shows two consecutive months of decline in activity levels, and a gradual but persistent recovery from the third month, as personal mobility recovers regardless of government decisions.

The economic recovery was not without a political cost to Bolsonaro.

Like most economies affected by the pandemic, Brazil was forced to enact expansive fiscal and monetary measures to compensate the population's loss of revenues and avoid social chaos. It also had to face a fall in the value of assets, exchange pressures and rising unemployment and inflation rates. The economy's subsequent recovery began to rectify the fiscal imbalance, and the real currency recovered and the current account balance of payments returned to surplus territory.

These positive developments, alongside certain structural reforms already approved, could lay the bases for a rise in overall economic growth. Economic improvement was not without a political cost to Bolsonaro's right-wing ruling party. The government's approval rates fluctuated alongside levels of economic activity and it recently lost ground to the center-right in municipal elections. The three, traditional conservative parties won in 13 of 25 regional capitals, while eight parties shared victory in 12 other capitals. The leftist PT was left without representation in the Sao Paulo and Rio de Janeiro urban centers for the first time since democracy was restored in Brazil in the 1980s.

Like other Latin American countries, politics and economic performance are closely intertwined. If politics aligns itself with the economy, Brazil could have the best opportunity in decades to experience sustained levels of growth.

Dying Indigenous Tribe In Brazil Killed Off For Good By COVID

An 86-year-old identified as the last male member of the Juma, a Brazilian tribe on the verge of ...

The streets are quiet, the joy is missing, and the guns are out. The eve of Carnival feels ...