Poverty and inequality are on the rise in Brazil where the pandemic only accentuated an already massive wealth divide. - Fabio Teixeira/ZUMA
Alessio Perrone
WORLDCRUNCH
2020-10-20

Rafaela Dutra was working in Rio de Janeiro's tourism industry and studying to become a nurse when the coronavirus arrived. A resident of the sprawling low-income favelas in the city's Zona Norte, she had worked in one of Copacabana's shiny, high-rise hotels, earning up to twice the region's minimum monthly wage of 1,200 reais ($220). But after six years on the job, Dutra told Brazilian daily O Globo, she was laid off in April after the city had dried up of tourists. The only work she could find was selling clothes on the street at a time when most people started working from home or had also lost their jobs. "Some days I sell less than 50 reais ($8.80) worth of stuff," she said.

Dutra's story is a case in point: poverty and inequality are on the rise in Brazil, a country of 210 million people, where a massive wealth divide has long plagued society. With COVID-19, the economy has begun to unravel and policymakers are warning of a backslide into entrenched poverty of dangerous proportions after temporary government support winds down.

A poorer Rio: Poverty is rising fast in Rio de Janeiro state, around the iconic coastal city, according to a study by Marcelo Neri of the Getulio Vargas Foundation, a research institute:

• In August alone, Neri found that more than 270,000 Rio residents fell into poverty.

• Autonomous and informal workers suffered the most during the country's lockdown and lost their livelihoods from one day to the next.

• Rio de Janeiro is Brazil's second-biggest economy after São Paulo — but more than five million residents are either unemployed or informal workers.

An isolated case? Researchers caution that Rio is performing worse than the rest of Brazil:

• Unemployment is on the rise throughout the country, where more than 14 million people are out of work, reports the Correio Braziliense, as unemployment has risen from 10% to 14.4%.

• But at the same time, many other Brazilians are being lifted out of poverty at a historic rate. Largely due to a government emergency support scheme that hands vulnerable Brazilians 600 reais per month ($106), the number of destitute Brazilians has fallen by more than 20% during the pandemic (from close to 9 million in May to 6.9 million now). This is the best result Brazil has posted in 40 years.

• The policy can help explain Bolsonaro's spike in popularity even though more than 150,000 deaths are blamed on the coronavirus. 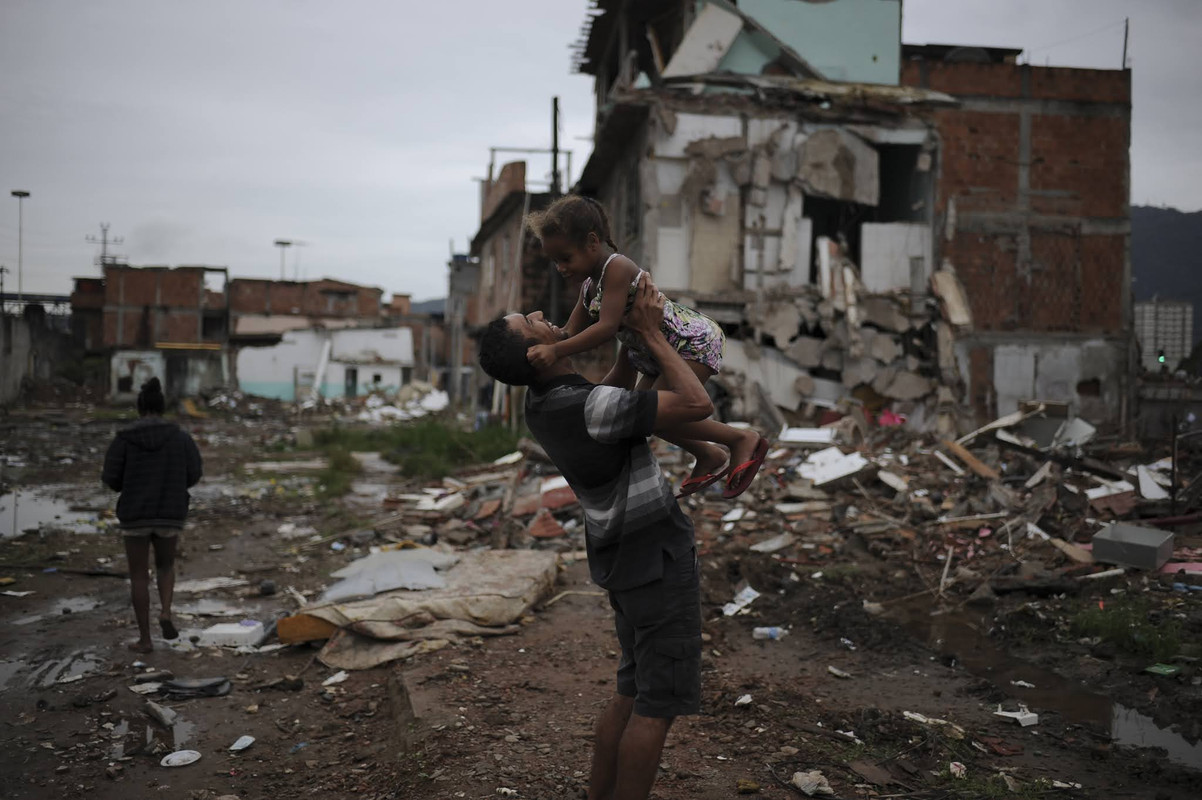 No reason to be cheerful: "The support scheme shows that social policies are designed badly in Brazil. When the government withdraws the 600-real-scheme, extreme poverty will triple by the beginning of 2021," Daniel Duque of the Brazilian Institute of Economics at the Getulio Vargas Foundation told the Gazeta do Povo. "When you look at income distribution, you can see that inequality has exploded. The rich are making more money during the pandemic, and the poorer have seen money wane in their pockets."

Go deeper: Not long ago, Brazil was hailed as an economic miracle for the rate at which it was lifting its people out of poverty. Now, The pandemic risks jeopardizing the progress the country made.

• Between 2000 and 2015, some 50 million low-income Brazilians were lifted out of poverty, or some one-quarter of the population.

• The results were largely linked with the popular Bolsa Familiascheme introduced by leftist President Inácio Lula da Silva, known as Lula. The policy gives poorer families a monthly stipend in exchange for sending children to school and complying with health checkups.

• But Brazil experienced the worst recession in its history between 2014 and 2016, causing inequality to rise again. Last year's "Global Inequality Report" ranked the country second in the world (behind Qatar) for having the highest concentration of income in the top 1%, Folha de S. Paulo reported.

Poverty is a risk factor: In Brazil too, the virus has killed the poor and the marginalized in higher proportions:

• A housekeeper was the first death from COVID-19 reported in Rio de Janeiro in March.

• The evolution of the pandemic in Brazil has killed poor and Afro-Brazilian people more than the rest of the population. They are often essential and informal workers, or simply workers who could not afford to stop working during the pandemic.

• One more reminder that "Social inequality has a direct impact on deaths among the poorest and least educated," as Paula Maçaira, a researcher of Industrial Engineering of the Pontifical Catholic University of Rio de Janeiro, told O Globo. "The more unfavorable the patient's [socio-economic] situation, the more likely he is to die."

Brazilian local elections can be fun to watch. Candidates come from every walk of life, and are ...